My son is only a year old. But I understand the sting of not having a father and the confusion in life that brings with it, because that was my childhood. In fact, now that I’m older and have a son of my own, I’m starting to feel the absence of my father even more than when I was young.

Having a son raised all sorts of questions for me:

A broken family leaves a broken identity. I’m hardly alone in this experience. One in four children live without a father in the home, which raises the question: what are fathers for? If you asked a hundred dads, you might hear a hundred answers. Jon Tyson—pastor of Church of the City New York—tackles this question in The Intentional Father: A Practical Guide to Raise Sons of Courage and Character.

When I was in high school, a friend and I coined the phrase “chair dad.” A chair dad comes home from work after 5 p.m., sits in his chair with a beer, turns on a sports show, and checks out. We talked about chair dads because we had friends with chair dads. There were lots of chair dads. 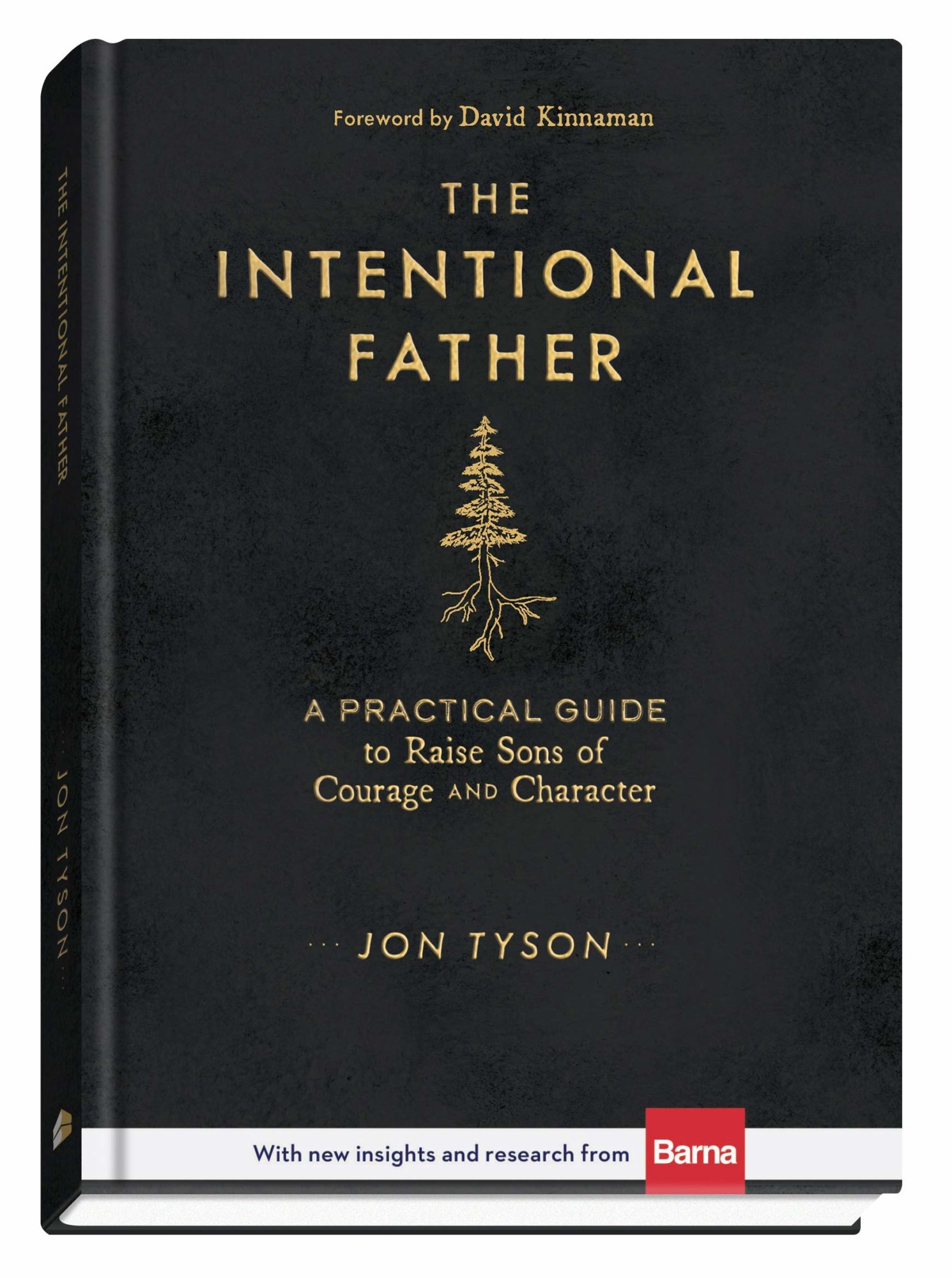 The Intentional Father: A Practical Guide to Raise Sons of Courage and Character

The Intentional Father: A Practical Guide to Raise Sons of Courage and Character

Self-initiation is killing our young men. Without strong mentors, boys are walking alone into a wilderness of conflicting messages about who they should be as men. It’s no wonder that our sons are confused about what the world expects from them and what they should expect of themselves.

The Intentional Father is filled with practical steps to help men raise sons of consequence—young men who know what they believe, know who they are, and will stand up against the harmful cultural trends of our day. Jon Tyson lays out a clear path for fathers and sons that includes specific activities, rites of passage, and significant “marking moments” that can be adapted to fit any family.

It’s not enough to hope our sons will become good men. We need them to be good at being men. This book shows how fathers, grandfathers, and other male mentors can lead the way.

They never said anything particularly harmful, and even made some good memories. But investing in their son’s character and future was not the priority. They lived on autopilot. They left their son’s formation up to chance. They left their son’s discipleship to the youth group or—even further removed—the Christian school we attended. They assumed that going to work and providing for a home and education was all they had to do to express their love. They sat there in their chairs and let their sons grow up without them.

They sat there in their chairs and let their sons grow up without them.

Our goal as fathers is to help our sons discover who God has made and called them to be. We are not to make them in our own image but to help them along the path of grace so that they are renewed in the image of their Creator. This will bring them confidence and vision to move forward. (195)

Tyson, having just sent a son off to college, lays out a path for fathers to raise their sons from boyhood to manhood. He sees the problem of boys chasing their absent fathers’ blessing and self-initiating into manhood. Instead, he wants to give fathers the tools they need to raise sons to have confidence and courage in life.

What separates the intentional father from the rest is that he takes time to understand his son’s unique personality—and tailors his parenting to fit his son. It moves beyond “this is the right thing to do” to “this is right for you.” As a result, Tyson’s book isn’t a step-by-step guide—but he gives the framework for thinking through how to raise your son intentionally.

In an age when parents have outsourced discipleship of their teens to youth groups, Tyson’s vision of fathers discipling their sons is nothing short of radical. It’s nothing if not intense.

When Tyson was a youth pastor, he noticed some teenagers in his community who were different than the kids in his youth group. They were Mormons. He asked their elders what was so different about what they did to form their young people. The answer was that every Mormon teenager attended “seminary” each day before school and then went on a mission trip before being welcomed back into the community. He knew that if Christians were going to change the trajectory of a declining church, our discipleship of young people had to be at least that strong.

Tyson encourages fathers to wake up every day with their sons at 5:30 a.m. to read, pray, and talk about life. Every week, fathers are to take their sons out for “man school” to teach practical skills, instill values, and share memorable experiences. Not to mention the preparation work fathers must do to heal from their own father wounds before their son turns 13, or the trips that must be planned.

The goal isn’t to raise sons who fit in the pattern of toxic masculinity, but godly men full of passion, vision, courage, and values. Tyson writes:

The life of a boy is a life of ease, a life of self in which we try to control everything, and a life spent living in the moment. But the beauty of being a man is that a man embraces difficulty, cares about others, is part of a greater story, is willing to surrender to a greater cause, and lives for the eternal, not the temporary. (137)

You’re forming the story your son lives in so he has context to his life, sees his value and purpose, and walks with confidence in the world knowing who he is and how he is loved.

If a dad did half of what Tyson says to do, he would be more intentional than the vast majority of fathers in America.

If a dad did half of what Tyson says to do, he would be more intentional than the vast majority of fathers in America.

Investing in sons day in and day out with a goal in mind, giving them a vision of their future, and turning their gaze on a beautiful God would be a steady IV drip of love into hearts that would heal generations.

Father’s Day has always been one of the hardest days of the year for me. It was only this year, after my son was born, that I felt a glimmer of redemption in it.

I no longer only had to think about the father I never had. I got to imagine the kind of father I wanted to be: one who was present, invested, and involved; one who showed up, listened, gave advice, and was there to help no matter how difficult the situation.

There’s plenty of time for me to mess it up. But having a vision for what’s possible is the first step to acting. You can’t act on what you don’t know. I’ve always wanted to change the legacy of my family for the better, but that task feels daunting without someone to guide you.

Our sons are not blank slates that simply need a nudge from us every once in a while. They are being formed by the world with or without us. It’s our job, by God’s grace, to form them into Christlike men.