As I tried to sleep, my husband, propped next to me in bed, whispered French phrases into his iPhone. “Il habite dans une maison,” he said. This is one picture of doing a “hard thing,” as defined by MacArthur “genius” grant winner and researcher Angela Duckworth in her book, Grit: The Power of Passion and Perseverance. Hard things require stretch goals and daily practice, critical feedback, and dogged determination. If you decide, as my husband has, to deliver opening remarks in both French and English at a company-wide meeting next year, you will log your daily 20 minutes on your Duolingo app no matter how tired you (and your wife) are.

He read Grit several months before I did. Not surprisingly, my husband was all in, dragging our family behind him. “We’re all going to choose a hard thing this year,” he announced before our summer vacation, where he planned we would each share the challenge we would undertake.

Hard things are, of course, a means to building grit, which is the self-evident concept at the heart of Duckworth’s book. According to the University of Pennsylvania psychologist, grit is a measure of both determination and direction, of passion and perseverance. It’s the tested mettle of Olympic athletes and West Point cadets, accomplished musicians and winners of the national spelling bee. It’s the factor of success that counts twice as much as talent. Grit isn’t just about intensity but longevity. It’s not the dash of 100 meters but the slog of many miles.

No one succeeds without grit.

When I finally began to read Duckworth’s book for myself, I wanted to ask: Is grit a uniquely American virtue? I’ve spent enough time traveling and living outside of the United States to understand American affection for industry. Our national mythology assures us we can be and do anything, if we only try.

But Duckworth’s research points toward a national bias for talent. In other words, though Americans would say hard work is more predictive of success, they seem to really believe innate qualities, such as intelligence, are more critical to achievement. As Duckworth sees it, we glamorize genius to the detriment of personal growth.

Duckworth’s account can remind us of the important promises of hard work: that the future isn’t necessarily fixed, that with deliberate practice and concentrated focus we can begin to achieve important goals. These are some of the lessons my husband has wanted to teach our children, and that he himself learns while puzzling over the complexity of French verb tenses.

Eighty-nine pages into Charles Taylor’s 776-page A Secular Age, I’m learning it, too.

But the most important question isn’t, of course, whether grit is a uniquely American virtue. Instead, we should ask: Is grit a Christian ideal? In other words, can we be the kind of people who celebrate the unmerited favor of God and, at the same time, champion the virtue of hard work? Is grit opposed to grace? 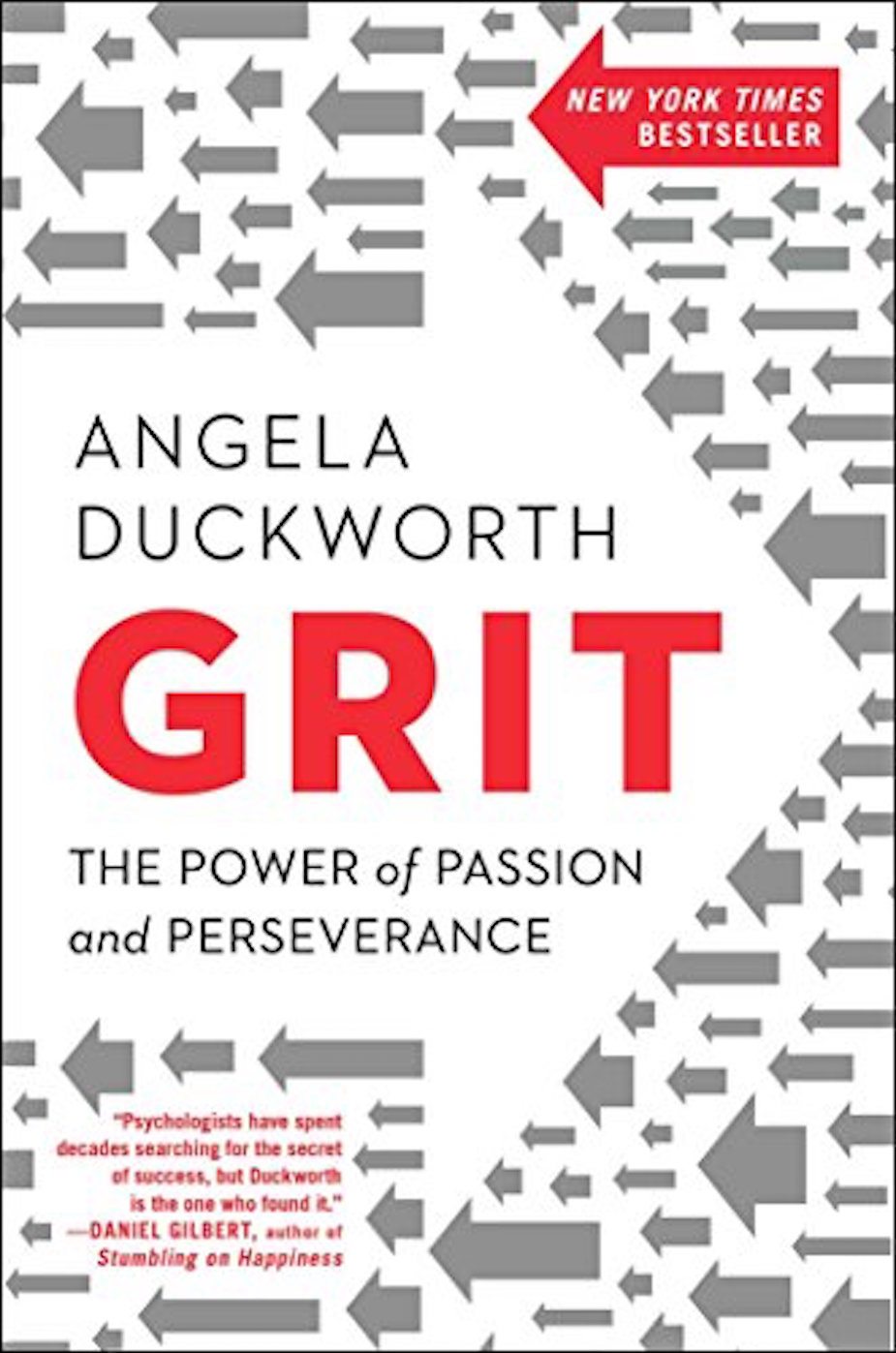 Grit: The Power of Passion and Perseverance

Grit: The Power of Passion and Perseverance

Conspicuously omitted from Duckworth’s grit hall of fame are religious figures both past and present. In providing models of perseverance and passion, she turns up people like award-winning writer Ta-Nehisi Coates, non-profit founder Wendy Kopp of Teach for America, Cinnabon CEO Kat Cole, New Yorker cartoon editor Bob Mankoff, and NFL coach Pete Carroll. What should we make of this discrepancy?

As one hypothesis, one might speculate that Christian faith—and its inherent obligations of dependence—dilutes grit. Perhaps praying people work less hard because they seek divine help. But this conclusion doesn’t hold up, not least in the high-profile stories of Christian athletes in the most recent Olympic games. Silver-medalist diver David Boudia didn’t simply pray for divine favor; he dove an average of 80 times at each daily workout. Gold-medalist track star Allyson Felix didn’t pray for speed from the comfort of her couch; she logged thousands of miles, and mastered the powerful spring from the starting blocks. These Olympic athletes (and others like them) give testimony that religious faith doesn’t necessarily have to serve as lazy excuse and lack of grit.

As another hypothesis, one might argue that religious faith—and its eternal hope—degrades earthly ambition. Maybe when people focus on heaven, they fail to make spectacular achievements on earth. But this hardly seems true. As C. S. Lewis noted in Mere Christianity, “If you read history you will find that the Christians who did most for the present world were just those who thought most of the next.” No, it can’t be that Christians are less gritty (and less ambitious and less achieving) than their secular counterparts. Of all people, our earthly work is consecrated to the highest good. We work as “for the Lord and not for men” (Col. 3:23).

But it does seem fair to identify an irreducible tension between grit and grace, which Paul’s own life bears out. “By the grace of God I am what I am,” he writes. “His grace toward me was not in vain. On the contrary, I worker harder than any of them, though it was not I, but the grace of God that is with me” (1 Cor. 15:10). On the one hand, Paul defends his stewardship of God’s grace by his grit. And on the other, Paul acknowledges that even his grit has been empowered by grace. In other words, grace can make us gritty. And grittiness is one of grace’s good gifts.

Our Grit for His Glory

My husband practices his French daily. I’m working slowly through a dense and difficult book. One of our daughters has tried out for (and is now playing in) a competitive orchestra; another has signed up for a new athletic challenge. Our oldest son is running a weekly 5K; our twin sons have set difficult reading goals for the year.

These are small, hard things requiring a little bit of grit. We do them for the glory of God.