The phrase has been written so many times it’s almost lost its meaning.

Five American missionaries, speared to death by members of an Amazonian people group. The widow and the bereaved sister who forgave the killers and lived with them in order to share the story of Jesus.

American evangelicals tell this story again and again—on radio and in magazines, at concerts and conferences, in books and movies. Sometimes we flesh it out, sharing details from that week in January 1956 when the five men died, or from Elisabeth Elliot and Rachel Saint’s early life with the tribe. More often we mention it in passing, a reminder of why we’re talking about Elisabeth Elliot in the first place or the lead-in to an update on the Saint family’s ongoing relationship with the Waorani.

We’ve been telling the story for 63 years and counting, after all. We know what happened.

But in God in the Rainforest: A Tale of Martyrdom and Redemption in Amazonian Ecuador, historian Kathryn T. Long suggests we may not know as much as we think.

We never know all the details when we report on a true story, but even those we do know often can’t fit in the space allotted to our telling. We have to pick and choose which details to weave into the account, and which to lay aside. This process of selection, whether we’re aware of it or not, shapes what we believe to be history.

Long gathers up the available threads of America’s most-told missionary story. She re-examines the familiar portion of events, filling in historical and cultural context around the 1956 attempt to contact the Waorani. Then she goes on to trace the story as it continues to the present.

Disciple-making appears to be slow, uncertain, and messy in the rainforests of Ecuador, just as it is in the United States.

In the process, Long introduces an array of characters almost entirely absent from the story we usually tell: additional evangelical missionaries, Catholic missionaries, oil company executives, plantation owners, land grabbers, politicians, environmentalists, anthropologists, reporters, tourists, and especially the Waorani themselves. She shows a bigger picture, both in the variety of perspectives and also across time.

As Long retells the story, she also explores the narrower ways it has been told over the years. With meticulous research, she reports the initial evangelical response to the deaths of the five Americans. Elisabeth Elliot’s first book, Through Gates of Splendor, set the tone for subsequent characterizations, although she wrote it, hastily and unexpectedly, less than a year after the traumatic death of her young husband. The dust of her grief hadn’t even had time to settle when she was tasked with deciding how to present the story of her loss to the world.

The book provides an invaluable alternative to our cultural tendency to treat facts as ammunition, useful primarily to convince others that we’re right.

Long points out that one of the storytelling choices made in Through Gates of Splendor was the elision of context. She calls it “a brief book that created its own world.”

There were no overt references to missionaries of the past or any but the most cursory discussions of social and cultural contexts apart from those defined by the lives of the five missionaries. Readers weren’t told that other missionaries besides the five men had hoped to contact the Waorani. 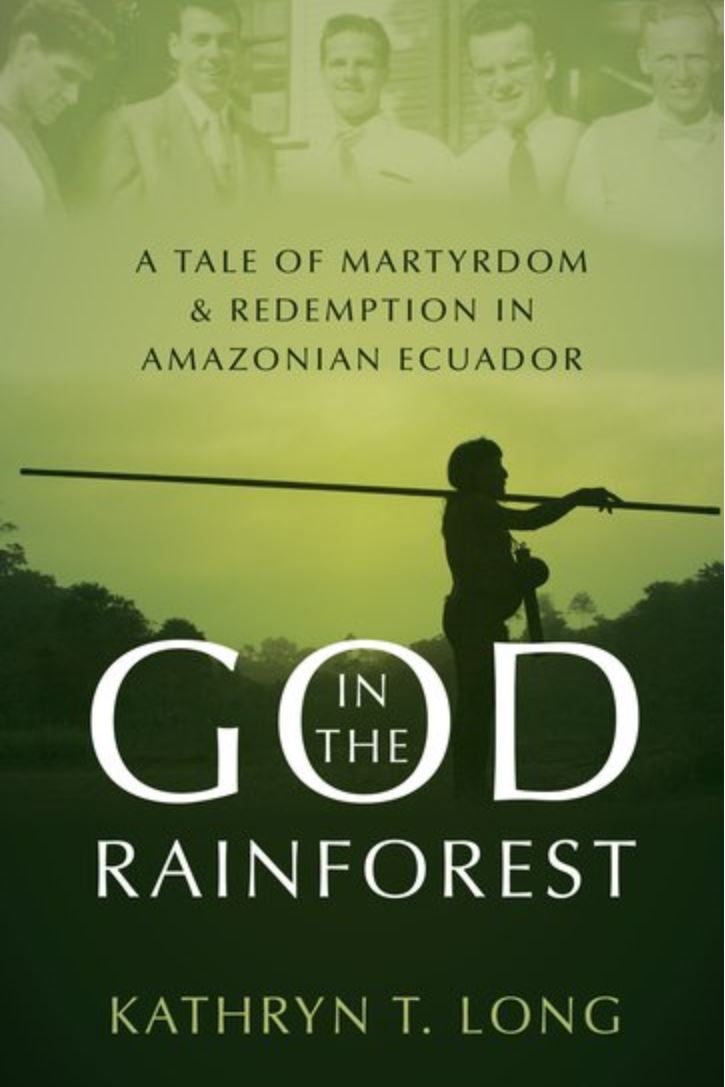 God in the Rainforest: A Tale of Martyrdom and Redemption in Amazonian Ecuador

God in the Rainforest: A Tale of Martyrdom and Redemption in Amazonian Ecuador

Long examines the way in which the decision to simplify events was made again and again as the story was told and retold through the years. While all storytelling necessitates curating facts, a pattern emerges: The details that have been repeatedly included tell a straightforward, understandable, and triumphal story. Those laid aside convey complexity, messiness, and mundanity. Over time, Long suggests, a “romanticized” version of history became “entrenched” as the story: “A group of jungle killers had embraced Christ, rejected violence, put on clothes, become literate, and were reading the New Testament. . . . The deaths of the five missionaries had been vindicated by the redemption of the Waorani.”

The story that emerges in God in the Rainforest is more complicated. Some Waorani professed Christian faith. Many didn’t. Christianity has meant different things to different Waorani at different times. For some it seems to have been an economic system as much or more than a spiritual system. Some Waorani rejected violence. Others continued to spear. Literacy is far from universal. A Wao New Testament wasn’t available until 1992. Disciple-making appears to be slow, uncertain, and messy in the rainforests of Ecuador, just as it is in the United States.

Long’s approach is thoughtful, scholarly, and eminently readable. She is interested neither in defending nor in challenging the prevailing story, but in providing “enough evidence for readers to make up their own minds.” In this way the book offers an invaluable alternative to our cultural tendency to treat facts as ammunition, useful primarily to convince others that we’re right.

It’s beyond the scope of God in the Rainforest to answer some of the most provocative questions it raises. But Long’s two-strand approach—retelling the story with more facts that change it in important ways, while also examining how we’ve chosen to tell ourselves the story over time—gives us a chance to grapple with them.

We can ask why we’re still telling this story, this way, more than six decades later. We can consider the ways in which telling a story might be both the same as and different from telling the truth. We can question how our 21st-century American lens changes the stories we tell, and how we might seek a global historical perspective.

What we do with these questions will shape our understanding of the past—and how we share the life of Jesus in the present.

Lucy S. R. Austen is currently at work on a biography of Elisabeth Elliot, forthcoming from Crossway, and has worked as editor of Spring Hill Review, a journal of Northwest culture. You can connect with her on Facebook and on her website, and you can follow her on Twitter.