Dynamics of Spiritual Life is a book we can’t do without. Richard Lovelace’s classic was amazingly prescient when first published 40 years ago, and it’s still relevant to many of today’s ministry issues.

Earlier in my ministry, when church planters came to me and asked, “What should I read?” I always gave them two books: Michael Green’s Evangelism Through the Local Church (Hodder & Stoughton, 1990) and Lovelace’s Dynamics of Spiritual Life. Green’s book was a practical how-to guide for getting the gospel out. Lovelace’s book gave leaders a way of using the gospel in people’s lives that not only brought them to saving faith but also kept renewing them individually and corporately.

Lovelace’s expertise is in the history of revivals. Today there’s less interest in and desire for revival than there was a generation ago. Every tradition—Methodist, Pentecostal, Reformed, and so on—also has a somewhat different conception of what revival entails. Lovelace, however, worked to discover what all revivals have in common. He reached a conclusion that has become a key component of my own writing and teaching: revivals and renewals are a necessary part of the life of the church. Because of the default mode of the human heart, revival is a pattern repeatedly used by the Holy Spirit to reconnect Christian communities with the power of the gospel. 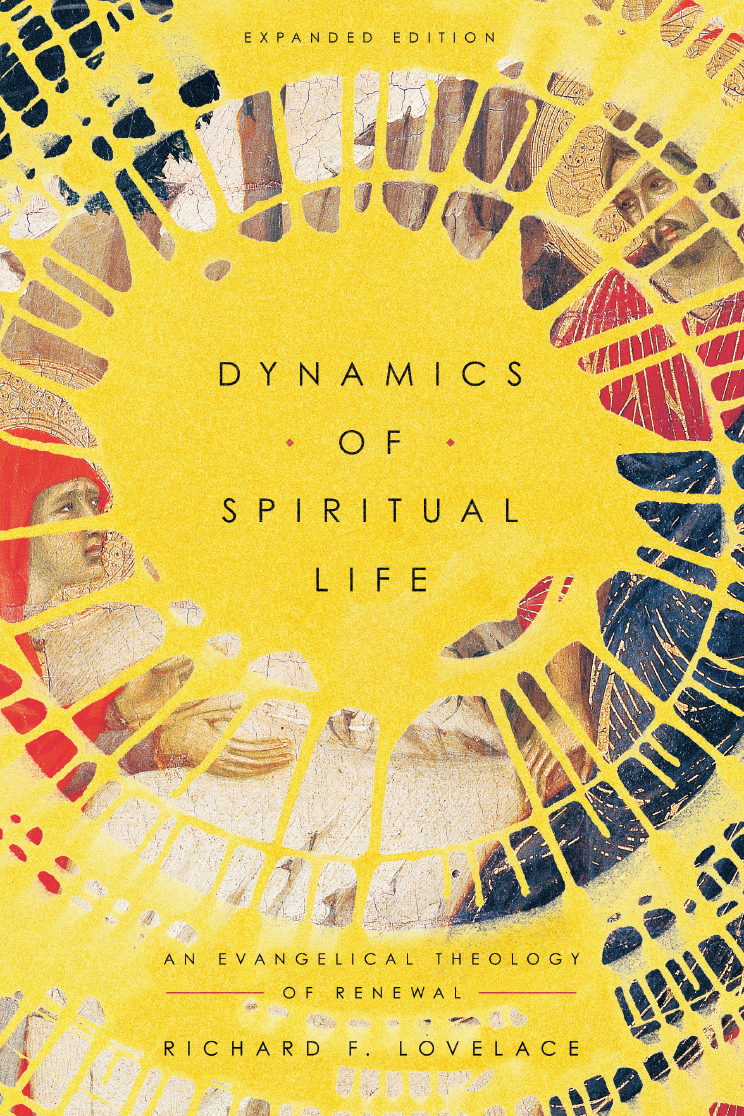 Dynamics of Spiritual Life: An Evangelical Theology of Renewal

Dynamics of Spiritual Life: An Evangelical Theology of Renewal

In this classic work of spiritual theology, historian Richard Lovelace presents a history of spiritual renewals in light of biblical models. Drawing from the best of different Protestant traditions, Dynamics of Spiritual Life lays out a comprehensive approach to the renewal of the church. In the first half of the book, Lovelace surveys awakening movements since the Reformation, particularly emphasizing Jonathan Edwards’s theology of renewal. He then goes deeper into specific elements of such movements and their significance for both doctrinal reformation and spiritual renewal. Lovelace examines such practical issues as renewal of the local congregation, ways revivals go wrong, prospects for closing the “sanctification gap,” the historical role of evangelical movements in promoting both unity and division, and Christian approaches to the arts.

Revival in My Life

I took several courses with Richard Lovelace at Gordon-Conwell Seminary, including the class by the very title “Dynamics of Spiritual Life,” right after I arrived in fall 1972. The following semester I took his course on the history of evangelical revivals and awakenings. The content of those classes eventually became this book. Under Lovelace, I read deeply in Jonathan Edwards and also met his “modernizers,” D. Martyn Lloyd-Jones, J. I. Packer, and Lovelace himself, who distilled Edwards’s thought in Dynamics. Their descriptions of revival were an enormous help to me in understanding what my wife, Kathy, and I had recently seen, albeit briefly, on our own college campuses.

When I became a Christian, around January 1970, I was attending an InterVarsity Christian Fellowship chapter at Bucknell University. At that time the InterVarsity groups on campuses throughout central Pennsylvania were all small and sleepy. Then during the 1970–1971 school year, there was an explosion of spiritual interest. By the end of the year, we had about 100 students attending meetings, up from the longtime average of five to 15. Dozens of people came to Christ, though there had been no outreach programs to speak of. I also remember going that spring to the central Pennsylvania area retreat and discovering that similar changes had spontaneously been occurring on most of the other campuses, including Allegheny College, where Kathy was a student.

Revival is a pattern repeatedly used by the Holy Spirit to reconnect Christian communities with the power of the gospel.

Years later, during the first 18 months after founding Redeemer Presbyterian Church in New York City, we again saw the spiritual dynamics we had seen on those campuses. At that time (1989–1991) Manhattan was crime-ridden and hit hard by a recession. There were few evangelical churches in the whole metro area, and Christians weren’t moving into the city—only out of it. Yet we saw about 100 people come to faith and our church grow from zero to hundreds in attendance in just a few months—all in a location where no one said it could happen.

What I learned firsthand from these experiences was this: revivals can last several years or only a few weeks. They can be widespread, affecting a whole town or region or country, or more narrow in scope, such as within one congregation. But they’re always seasons in which the ordinary operations of the Holy Spirit are greatly intensified. We cannot start such gospel movements, but we can prepare for and steward them well. And far from being mere oddities of the past, revivals are relevant and necessary in every culture and age.

Revival for the Church

In Dynamics of Spiritual Life, Lovelace helps us comprehend the nature of revival and what it means for the church. He describes renewals and revivals as “broad-scale movements of the Holy Spirit’s work in renewing spiritual vitality in the church and in fostering its expansion in mission and evangelism” (21–22). He connects revival with biblical teaching on the “infusion of spiritual life in Christian experience by the Holy Spirit”—or as Paul puts it, “He who raised Christ Jesus from the dead will give life to your mortal bodies also through his Spirit which dwells in you” (Rom. 8:11).

Lovelace explains that renewal is needed because Christians so easily fall away from a full understanding of the gospel into cheap grace, legalism, and moralism, or what I’ve often described as religion. His perceptive claim that “only a fraction of the present body of professing Christians are solidly appropriating the justifying work of Christ in their lives” remains a perpetual concern for Christian communities (101).

Renewal is needed because Christians so easily fall away from a full understanding of the gospel into cheap grace, legalism, and moralism, or what I’ve often described as religion.

Another key insight from Lovelace is that many people try to rely on their sanctification for justification, instead of the other way around. Indeed, defects in sanctification often actually stem from a defective grasp of justification. As Lovelace writes, “Christians who are no longer sure that God loves and accepts them in Jesus, apart from their present spiritual achievements, are subconsciously radically insecure persons” (212), and such insecurity can easily hamper progress in Christian living.

Putting the Gospel at the Front

So what should Christian leaders do with such insights? Lovelace offers plenty of practical guidance. Above all, he suggests, the proper response of ministers is to clearly proclaim the gospel. When individuals and churches see the immensity of God’s love and believe the gospel deep down, they are more open to the Spirit’s renewing work. “We must first make real to them the grace of God in accepting them daily, not because of their spirituality or their achievements in Christian service, but because God has accounted to them the perfect righteousness of Christ” (211). Putting the gospel front and center is the key.

When individuals and churches see the immensity of God’s love and believe the gospel deep down, they are more open to the Spirit’s renewing work.

To say that my time studying with Richard Lovelace was seminal to my thinking and way of doing ministry is an understatement. Anyone who knows my ministry and reads this book will say, “So that’s where Keller got all this stuff!” Dynamics of Spiritual Life is still one of my top recommended resources for pastors and lay leaders to study so they can more effectively foster gospel renewal. I am grateful for Lovelace’s influence in my life, and I’m glad this book appears in a new edition, continuing to equip readers who long for renewal in their churches, their communities, and their lives.

Taking the advice of C. S. Lewis, we want to help our readers “keep the clean sea breeze of the centuries blowing through our minds,” which, as he argued, “can be done only by reading old books.” To that end, our Rediscovering Forgotten Classics series surveys some forgotten Christian classics that remain relevant and serve the church today. (This is adapted from the foreword by Timothy Keller to Dynamics of Spiritual Life, expanded edition, by Richard F. Lovelace. Copyright (c) 1979 by InterVarsity Christian Fellowship of the United States of America. Used by permission of InterVarsity Press, Downers Grove, IL. www.ivpress.com.)