In Toni Morrison’s novel Song of Solomon, “Lincoln’s Heaven” is the name of a black family farm that symbolizes the unrealized hope of the Reconstruction era before Jim Crow laws stripped land and rights away from the black community.

For the novel’s protagonist, Milkman, and his friends, Lincoln’s Heaven was a 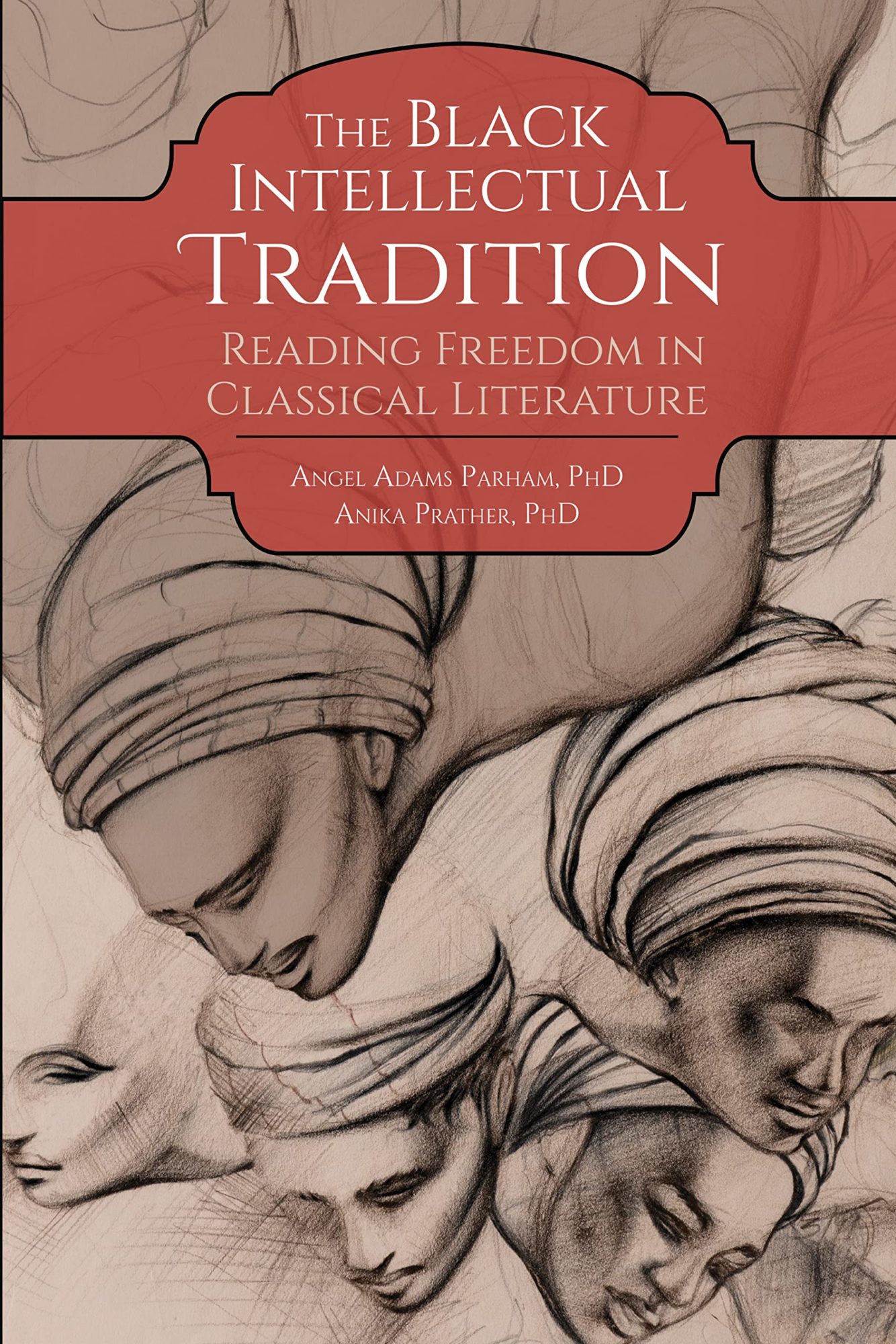 The powerful legacy of classical education among Black intellectuals and teachers in America is a national treasure with the capacity to bless teachers and students the world over! In The Black Intellectual Tradition, authors Dr. Anika Prather and Dr. Angel Adams Parham introduce us to readers, writers, teachers, artists, and people of action who loved, taught, and put into practice the wisdom and virtue of the great voices who came before. These Black educators and intellectuals, while living with the injustices and hardships that gave them unique insights, mined the tradition, weaving it together with their African and African American heritage to create a new narrative that would aid all people in understanding injustice and was thus integral to the fight for liberation and equality. In the process, they brought to light a wealth of truth, goodness, and beauty from within the great tradition.

With this rich heritage increasingly lost from view, this book restores stories and experiences to us that will inform and inspire ideas for action and application within all classical schools and homeschools. Dr. Prather and Dr. Parham bring to the book two different scholarly perspectives and voices as well as their own personal experiences as classical educators, parents, and organizational leaders.

In the prologue, Parham, an award-winning scholar of historical sociology and race, notes the book’s core argument: “Any education that is committed to truth, goodness, and beauty will achieve only a pale vision of this commitment if it fails to engage the writings of black intellectuals in a serious and substantial way” (2).

Or to put it simply: black minds matter.

To make their case, they take, in turn, a scholarly (Parham) and practical (Prather) approach.

Parham’s chapters seek to recover truth from the slavery and freedom narratives of black figures like Olaudah Equiano, Phillis Wheatley, and Frederick Douglass; wisdom for the good society in the writing of Martin Luther King Jr. and Anna Julia Cooper; and beauty from the poetic imagination of Toni Morrison.

Prather, a scholar and classical education practitioner, spent years teaching the classics to black students and “came to see that reading these texts were an integral part of black history” (139). Her section provides extended commentary on the core educational writings of Anna Julia Cooper, who taught classics at the famous M Street School (later renamed Dunbar High School) and later served as president of Frelinghuysen University.

Education Fit for a King

Rather than cave in to calls to cancel the classics, the authors show how black writers of the past in fact engaged deeply with the great texts of the Western tradition.

Parham, for example, shows us how Martin Luther King Jr.’s classical and scholarly training shaped his social vision by critical engagement with the ancient question of means and ends.

She demonstrates how King read Thomas Aquinas, Thoreau’s Civil Disobedience, Marx’s Communist Manifesto, and Reinhold Niebuhr’s Moral Man and Immoral Society and applied both his faith and reason to find a form of nonviolent resistance that aligned with his Christian faith and his vision for social change. King writes,

People have felt that it is impossible to achieve moral ends through moral means. And so a Machiavelli could come into being and so force a sort of duality within the moral structure of the universe. . . . And this is where nonviolence resistance breaks with communism and with all those systems which argue that the end justifies the means, because we realize that the end is preexistent in the means. In the long run of history, destructive means cannot bring about constructive ends. (95)

Prather, on the other hand, unpacks for educators Anna Julia Cooper’s “middle stance” between Booker T. Washington’s Atlanta Compromise— pursuing skills and trades versus political and intellectual progress— and W. E. B. Du Bois’s defense of elite classical studies for all black Americans. Cooper preferred a path that celebrated both. She wrote,

The only sane education, therefore, is that which conserves the very lowest stratum, the best and most economical is that which gives to each individual, according to his capacity, that training of “head, hand, and heart,” or, more literally, of mind, body, and spirit which convert him into a beneficent force in the service of the world. (158)

‘The Daring Faith of Christian Men and Women’

Like King and Cooper, Prather and Parham celebrate in Christian classical education a moral means to achieve moral ends—a form of education that should be available to all God’s children.

Their able hands showcase classical education as a form of freedom and protest amid oppression.

Writing at the turn of the century, W. E. B. Du Bois celebrated the hundreds of Northern white missionary teachers who heroically “trained 2,000 men in Greek and Latin and mathematics” after emancipation.

“Within a single generation,” he writes, these teachers trained “thirty thousand black teachers in the South . . . who taught the alphabet to millions . . . and wiped out the illiteracy of the majority of the black people of the land.”

Most of today’s Historically Black Colleges & Universities were founded with a liberal arts curriculum—amid cries from the black community for equality and excellence. In 1960, King’s mentor and president of Morehouse College, Benjamin Mays, lauded “the daring faith of Christian men and women” who “believed that given a chance the sons and daughters of slaves could master the upper reaches of knowledge like any other people.”

In 2013, Hunter Baker argued wistfully that “the racial unification of the American church might best begin in the Christian schoolhouse,” but lamented the legal and social hurdles as well as the absence of a champion.

Parents and teachers are waking up to the shallow hope on offer in most schools, with 75 percent preferring educational choice policies. The chronic learning deficits post-COVID are just the latest sign that the education of black and brown youth is the new front line of the civil rights movement.

The education of black and brown youth is the new front line of the civil rights movement.

Today, approximately 83 percent of African Americans and 76 percent of Latino Americans self-identify as Christian. As with white American Christians, many are drawn to excellence that aligns with the ancient and medieval Christian idea of paideia—education as moral formation into a whole way of life. Secular conceptions of diversity often miss this universal human yearning for communion amid difference.

For the African American community and beyond, Prather and Parham give us a glimpse of the deeper hope pointed to by Lincoln’s Heaven. The education they long for is one where a multitude from “every nation, from all tribes and peoples and languages” cry out with a loud voice, “Salvation belongs to our God who sits on the throne, and to the Lamb!” (Rev. 7:9–10).

The Black Intellectual Tradition strikes a tone of Christian unity amid lament, gospel hope amid brokenness. The movement the authors endorse—Christian classical education—may provoke in many a question raised by its first champion: “Can anything good come from Nazareth?” (John 1:46).

To which a growing multitude are echoing Philip’s response: “Come and see.”

Dan Olson serves as managing director of Anselm House, a center for Christian studies at the University of Minnesota, and also directs the Spreading Hope Network, kickstarting new God-centered schools for children of the city. He previously served as director of donor ministries for The Gospel Coalition and is the author of Oh, the Treasures You’ll Know! (10ofThose, 2022). He and his wife, Lucy, live in Minneapolis with their four kids, where they attend Hope Community Church. You can follow him on Twitter.