The news several years ago that single women outnumbered married women for the first time in U.S. history was a Rorschach test for Americans.

Many responded with concern for the future of relationships and family, while others welcomed the news as a milestone of women’s liberation.

Journalist Rebecca Traister was among those cheering. In her new book, All the Single Ladies: Unmarried Women and the Rise of an Independent Nation, Traister celebrates “the invention of independent female adulthood,” in which marriage is not the rite of passage to maturity. She hails it a “new order” and “redistribution of all kinds of power” that is reshaping culture and politics.

“To be clear, the vast increase in the number of single women is to be celebrated not because singleness is in and of itself a better or more desirable state than coupledom,” Traister explains.

The revolution is in the expansion of options, the lifting of the imperative that for centuries hustled nearly all (non-enslaved) women, regardless of their individual desires, ambitions, circumstances, or the quality of available matches, down a single highway toward early heterosexual marriage and motherhood. There are now an infinite number of alternate routes open. . . . Single female life is not a prescription, but its opposite: liberation.

Unimpeded choice validates women, according to Traister, and to valorize women is to endorse and embrace such boundless volition. 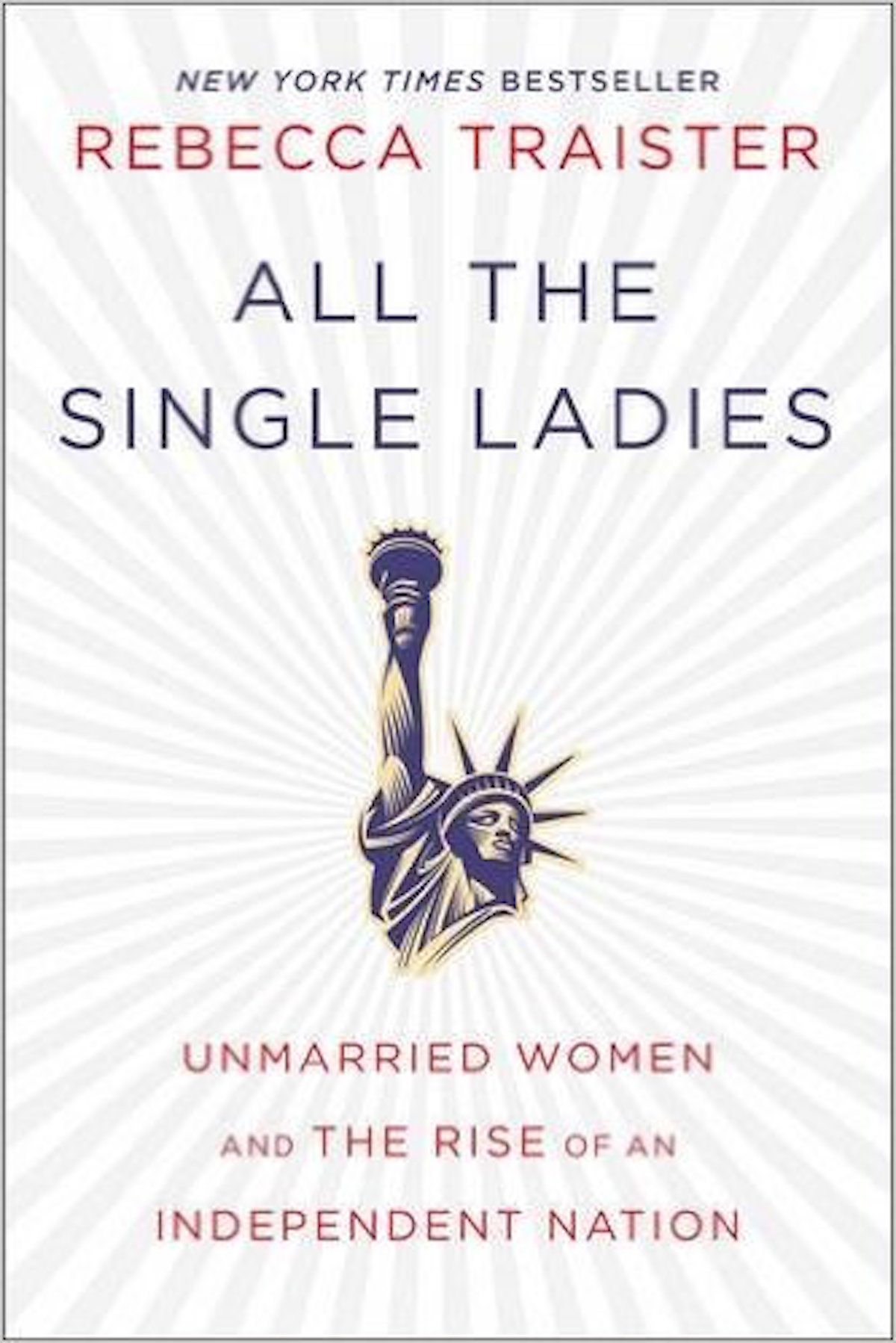 All the Single Ladies: Unmarried Women and the Rise of an Independent Nation

All the Single Ladies: Unmarried Women and the Rise of an Independent Nation

Conversely, to reflect on the relative merits of those choices or to evaluate their consequences is to delegitimize women. Traister identifies guilty parties across the political spectrum, but she isn’t an equal opportunity critic. Her treatment of right-of-center leaders and their policy perspectives—from Ronald Reagan to Rick Santorum to Rudy Giuliani—is often caricatured, and sometimes expressed in scathing terms (Mayor Giuliani, for example, is described as “fascistically” cleaning up New York City).

Her critiques of those on the left—more analytical and less strident—give greater insight into her argument. Betty Friedan comes up short because of the “rather dim regard in which she held most single women” and her lack of questioning the primacy of the domestic sphere even as she sought greater workplace opportunity for women. Daniel Patrick Moynihan, whose 1965 report sounded an alarm about how unwed childbearing threatened black family welfare, gets stinging criticism for his study’s “punishing point,” which was—in Traister’s words—“that the root of black poverty lay with the breakdown of marital norms for which nonconforming women were responsible.” Even President Obama is chided for his “scolding of absent fathers” and celebrating the heroic efforts of single mothers, “reductively asserting that there is a single healthy and correct model for family, foundation, support.”

If Sen. Moynihan and President Obama can’t discuss the erosion of family without being accused of elevating a standard that unfairly denigrates some women, it’s hard to imagine a productive public conversation about the family and our nation’s future.

But Traister’s perspective puts such constructive exchange even further out of reach. She views expressions of concern about an increasing single sector and changing family norms as self-interested efforts to maintain power at the expense of the single female:

The intensity of the resistance to these women is rooted in the (perhaps unconscious) comprehension that their expanded power signals a social and political rupture as profound as the invention of birth control, as the sexual revolution, as the abolition of slavery, as women’s suffrage and the feminist, civil rights, gay rights, and labor movements.

Without consensus about a source of expectations and standards beyond an individual’s or a group’s preferences, it’s not surprising that conflicts over these issues could look like a raw power struggle over whose interests and priorities will dominate.

From this vantage point, it makes sense Traister would argue that validated choice—choice that others esteem because of its authenticity as an expression of the autonomous individual will—is the key to women’s true freedom.

But that theory isn’t adequate to real life. It doesn’t provide a sense of direction and purpose for the woman who actually has to discern how to navigate a complex and even disorienting set of choices. Nor does it provide adequate grounding for her expectations of what it means to be treated by others (especially men) with dignity and respect. And it sheds no sure light on how we should organize our lives together in community given all the choices around us.

Adequately addressing these challenges without resorting to mere assertions of preference requires an appeal to that which is true of each of us individually and of all of us together.

Designed for Glory and Flourishing

Perhaps the most pertinent aspect of our individual and collective identity is that we are created in God’s image to reflect his glory. It’s not our choices or even our freedom to choose but God’s choice to make us in his image that gives us dignity.

The implications of this truth are profound. On a personal level, understanding that we’re designed is the beginning of finding our way in the maze of life’s choices. Design implies purpose beyond ourselves and the endowment of unique gifts, which, employed in service of that great end of our existence (God’s glory), ground our sense of meaning and give direction in the midst of pervasive ennui.

But to reflect God isn’t a merely individualistic reality. The image of God includes the vast diversity of all humanity—every human being who ever lived or will live. That dignity includes being made male and female, and together imaging God. This is the basis of our respect for one another, and it must be a mutual respect. Indeed, failure to respect the other is to denigrate the very basis of our own dignity.

This also suggests that our wellbeing and interests are intertwined. In other words, we can order our lives together in the public realm and allow latitude for the pursuit of various human gifts and aspirations, while respecting the fundamental realities essential to all human flourishing. This approach contrasts with the zero-sum outlook Traister adopts, in which one group’s gain comes at another’s expense. She seeks policies that are, in her view, more conducive to female independence, including insurance mandates for IVF and other assisted reproductive procedures, taxpayer subsidized abortion, and support for alternate family structures.

Traister challenges the notion that the family centered on a married mother and father ought to be the basic unit of society for bringing children into the world and nurturing their wellbeing, and those biologically connected to them. Now that the Supreme Court has imposed same-sex marriage on all 50 states, the nation has embarked on an experiment with this new ideal.

For the Good of All

As All the Single Ladies makes clear, efforts to reopen dialogue about the nature of marriage, or to speak up for the humanity of the unborn child, or to present sex as a created biological reality, all face a significant obstacle in the perception that they’re merely assertions of group preference that deny others’ choices. Even the conversation about purposeful singleness can meet such resistance.

Getting past that presumption is key to an authentic debate about the good of all—and for the good of all. And that will require appealing to reason and the heart’s knowledge of the shared dignity that rests on something beyond our choices.

Jennifer A. Marshall is vice president for the Institute for Family, Community, and Opportunity at The Heritage Foundation and senior research fellow at the Institute of Theology and Public Life at Reformed Theological Seminary in Washington, D.C. She is the the author of Now and Not Yet: Making Sense of Single Life in the 21st Century. You can follow her on Twitter.