The latest addition is from Nate Collins in All But Invisible: Exploring Identity Questions at the Intersection of Faith, Gender, and Sexuality. Collins—a partner associate at The Sight Ministry, a Christian organization based in Nashville that provides resources and support for individuals, families, and Christian organizations regarding LGBT issues—likewise writes out of experience and from a traditional, biblical approach.

But what justifies yet another book on these subjects? More books are justified by the other, more powerful cultural avalanche that has nearly buried us all—the new attitudes and approach to gender and sexuality created by the sexual revolution of the last 50 years. More recently, acceptance of same-sex marriage has slipped in the evangelical church through the influential books of James Brownson (at an academic level) and Matthew Vines (at a popular one).

In response, those of us coming from a traditional perspective have had a lot of rescue work to do. But both avalanches have left us with a new landscape where some differences of opinion have emerged among those who espouse a traditional view on same-sex attraction. There has been friendly fire on issues like:

These complex and subtle differences require deep thought, and Collins’s book is an important entry in this category. He provides new vistas in this conversation which deserve our attention. Though he lands in some different places than we do (for instance, in how we choose to label our sexual orientation), we both benefited from reading his book.

All But Invisible has some considerable strengths. Collins is well-read and engages with more secular texts (especially on gender and minority groups) than many of us have time or ability to. His description of the way church culture has encouraged the internalized shame of “nonstraight” brothers and sisters is crushing and highlights what we need to repent of and work against. Perhaps most helpful is his call for same-sex-attracted Christians to acknowledge—rather than hide or minimize—such attraction as a real part of their experience, and, like all truths about us, to put it into submission to who we are in Jesus Christ. It’s not erased; it’s transformed.

The most important idea is Collins’s presentation of aesthetic orientation. He argues that viewing gayness and straightness through the primary lens of sex urges misrepresents the experience of gay people and furthers the stereotypes of gays and lesbians as sexual deviants. Instead, he proposes placing the locus of orientation in beauty, rather than sex. This move has at least two strong positives that are desperately needed in the conservative church.

First, it militates against both shame and stereotype: we don’t need to feel guilty when we notice God-given same-gender beauty; we do need to confess sin when we imagine having sex with the beautiful person in question. Moral culpability is rightly placed on our response to temptation, not on the presence of temptation itself.

Second, it rightly captures the nuance of attraction. That pull toward another human is so much more than physical, and those of us who experience same-sex attraction deal with this pull in many ways.

However, the label of “aesthetic orientation” also presents some mild problems. It relies heavily on the subjective experience of each person’s attraction, and may overemphasize the difference between straight and gay responses to beauty on this basis. Collins writes:

If we are to speak of an aesthetic orientation and use it to differentiate between gay and straight, we would say that both gay men and straight women are, for example, less aware (in general) of the beauty of feminine personhood than straight men or lesbian women. (150) 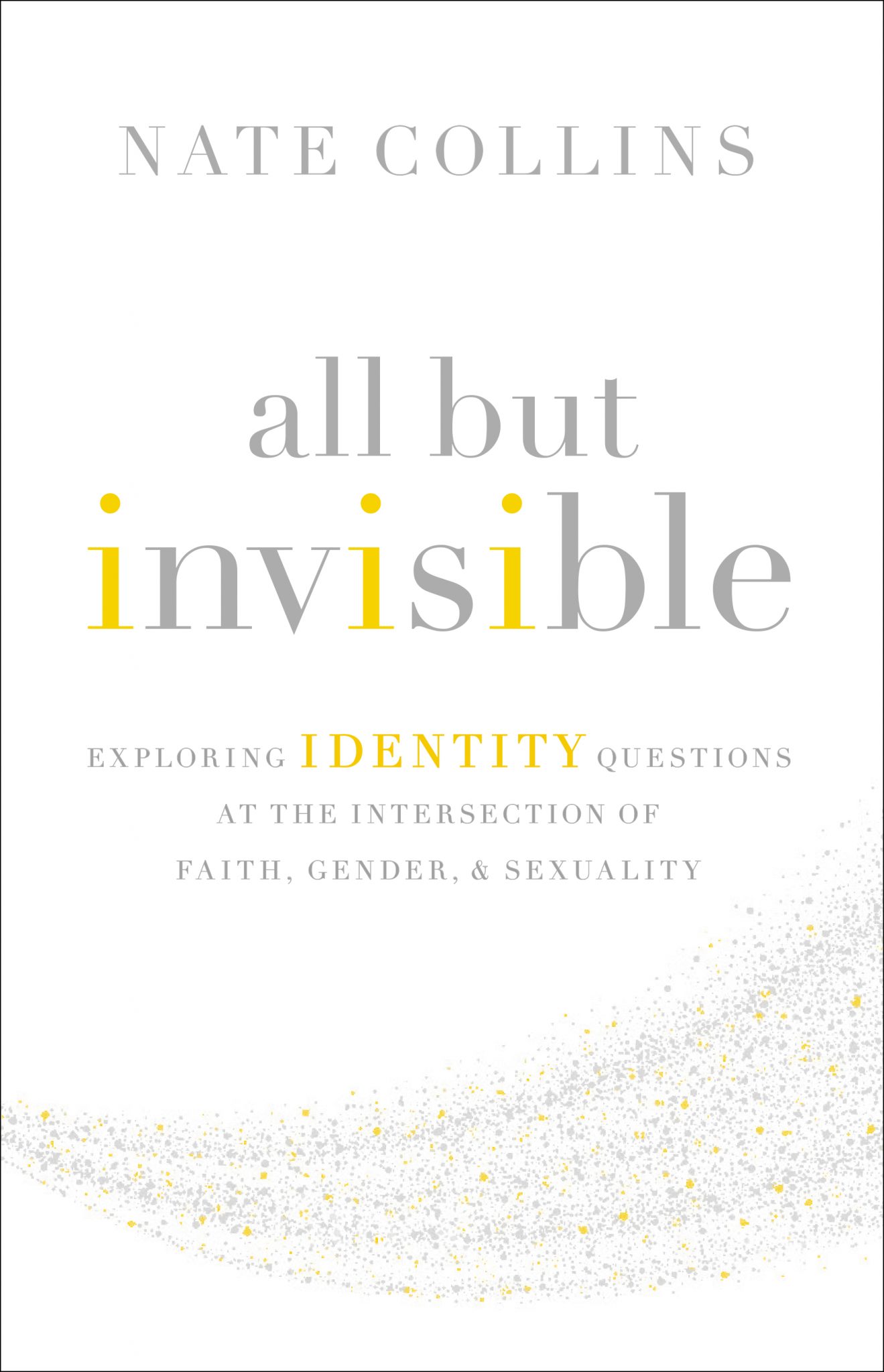 All But Invisible: Exploring Identity Questions at the Intersection of Faith, Gender and Sexuality

All But Invisible: Exploring Identity Questions at the Intersection of Faith, Gender and Sexuality

And it isn’t merely among females; straight males, too, can have a deep draw towards male beauty that manifests in joy, appreciation, and intimate friendship, though it’s true that the art of friendship has seemed to wane in the recent generations. Beauty itself doesn’t seem to be able to hold the key to what it means to be gay, because deep same-gender appreciation and draw exists across orientations. Though Collins has excellent reasons for wanting to disassociate the center of being gay from sexual and romantic feelings, those feelings are precisely the difference between those who are identified as gay and those who are not. Instead of taking up the mantle of aesthetic orientation, the church should become more nuanced in our discussion of what same-sex attraction is, recognizing that it’s not less than sexual attraction, but also more.

Notably, Collins acknowledges that “one of [his] main arguments in this book is that being gay (understood as an aesthetic orientation) is not sinful in itself” (303). This is also why he engages extensively with Denny Burk and Heath Lambert’s counterclaims in their recent volume Transforming Homosexuality. Pastors, theologians, and strugglers throughout the church are making good-faith efforts to parse this question.

We believe with Sam Allberry that “desires for things that God has forbidden are a reflection of how sin has distorted me, not how God has made me” (Is God Anti-Gay?, 30); that is, our sexualities are fallen. But ever since we responded to Christ in repentance and faith, our union to him has removed the need for any lasting guilt or shame about our sexual feelings. This leaves us free to unashamedly acknowledge any ongoing same-sex attraction and use all the tools of the Spirit to say no to temptation. Our moral responsibility concerns what we do with our attractions, which leaves us in a remarkably similar place to Collins, which needs to be underlined. This conversation is between brothers and sisters—it is no war.

The biggest weakness of All But Invisible is its academic tone. While we need well-researched, carefully argued books, the pace and language of this volume means that most won’t be able to get to the best parts or have the patience or time to digest its arguments fully. The temptation will be to soundbite it, which would be a travesty.

Though the structure of the book is clear, and Collins constantly references where he’s going, he often muddies the waters through digression and wordiness. A longer conclusion that drew together the different strands the book explored would’ve been much appreciated and would’ve help alleviate confusion. Because of these deficiencies, this work wouldn’t be our first recommendation for someone just beginning to explore these issues—they should start with Allberry, Butterfield, or Hill.

Still, Collins has provided us with a number of thoughtful reflections on some of the more puzzling and contentious aspects of the new landscape we’re living in today. Many of us writing on—and living out—this experience from a biblical and traditional perspective are actually closer to each other than we often think. We long for the same things: dignity, holiness, and fullness of life for all people in the church, but especially for nonstraight Christians who have experienced exclusion and shaming for too long. We’re grateful that Collins has joined this much-needed and continuing conversation.

Ed Shaw is the pastor of Emmanuel City Centre in Bristol, England, and part of the editorial team at Living Out. He loves his family and friends, church and city, gin and tonic, and music and books. He is the author of Same-Sex Attraction and the Church: The Surprising Plausibility of the Celibate Life (IVP).