Can you help me understand the welfare system? I want to love the poor by providing help when it’s needed along with incentives for them to pursue the dignity of work. I don’t think our welfare system does a good job of this. Would it be better—or even possible—to scrap it and let the church take over helping the poor? How can I be wise about this? What should we advocate?

Good questions! God commands us to care for the poor, and Jesus’s first sermon proclaimed good news to the poor. Still, actually caring for the poor is difficult and complicated. The causes of poverty are complex, and efforts to alleviate or prevent poverty often backfire. 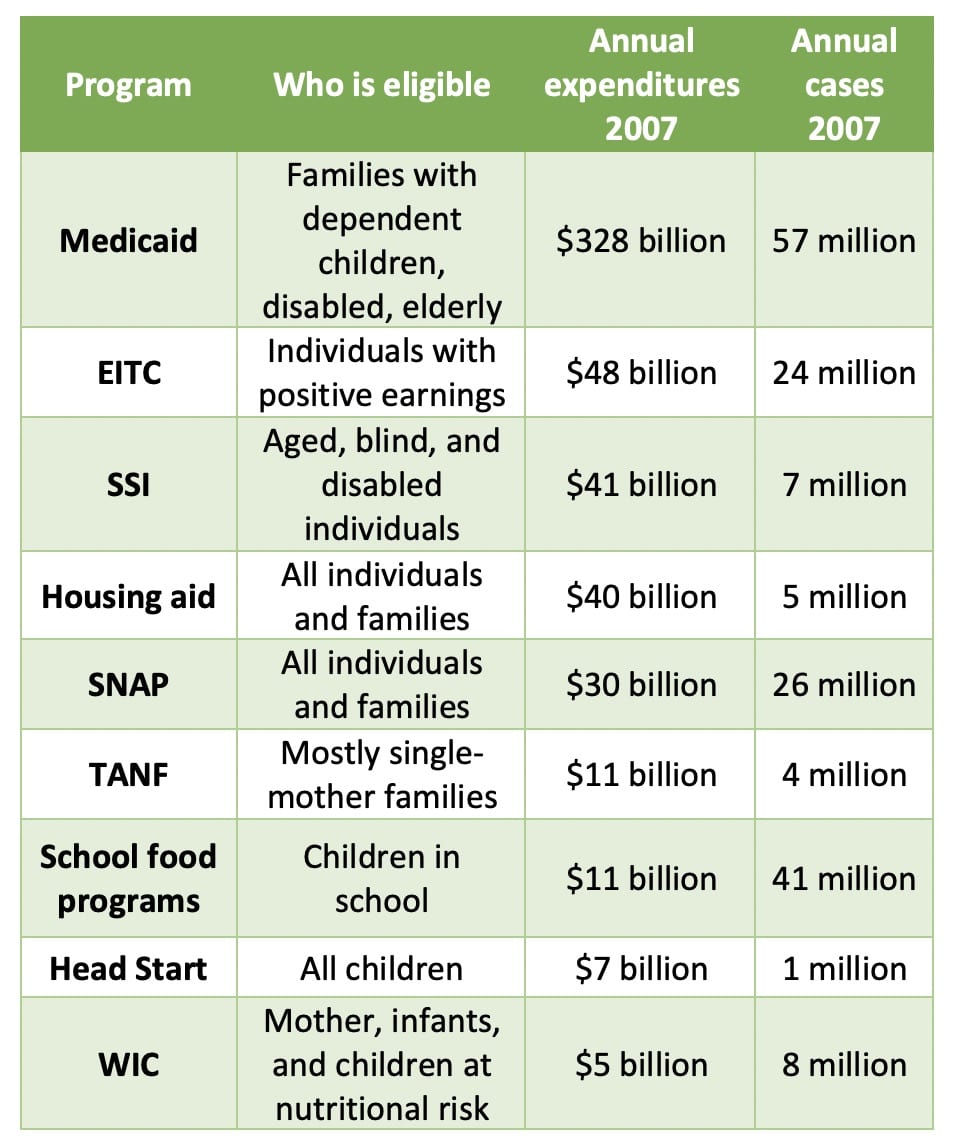 The Church and the Poor

First, there remain so many ways that churches can support the poor and needy. The overwhelming bulk of welfare is medical insurance, disability benefits, housing aid, and money for food. That still leaves a tremendous variety of needs unmet.

When I was in graduate school, I helped lead a church in which most households received welfare. Our church never ran out of ways to support our congregants. Welfare provides money for food, rent, and healthcare, but Christians recognize that human flourishing extends beyond these necessities.

I helped lead a church in which most households received welfare. Our church never ran out of ways to support our congregants.

Welfare benefits don’t take away the need for job training, basic life skills, access to education, rides to job interviews, childcare, mentoring, counseling—not to mention the relational and emotional consequences of poverty or the community-development needs of poor neighborhoods. Crucially, welfare doesn’t take away children’s needs for mentoring, tutoring, and loving relationships from adults they can trust.

Second, and most important, the task of the church is not primarily to meet felt needs but to proclaim the good news of Jesus and make disciples. Can welfare money for food, rent, and healthcare make it harder for welfare recipients to hear and receive the gospel? Perhaps. But I doubt they’re more resistant than affluent Americans who have sufficient money for food, housing, healthcare—and a wealth of other luxuries. For example, the people in my church’s neighborhood were far more open to the gospel than my classmates in graduate school.

Perhaps you’ve heard stories of people gaming the welfare system, maybe by choosing not to work so they can live off government handouts, or by misrepresenting their income levels so they can qualify for aid. Stories like this should not surprise us—we live in a world corrupted by laziness and greed and sin. There is no system on earth that escapes some level of manipulation and fraud.

There is no system on earth that escapes some level of manipulation and fraud.

But the system isn’t as riddled with deception as you might think. One estimate is that about 1 percent of SNAP payments were made in error—but most of that is due to mistakes made by the household and the agency, not deliberate fraud. For Medicaid, 10 percent of the annual costs are due to fraud and systematic overcharging. But that’s not committed by welfare recipients. It’s the healthcare providers claiming reimbursement, not the poor patients, who game the system.

A second major concern is whether the welfare system provides incentives to not work because welfare benefits phase out as households earn more. For most families living below half of the Federal Poverty Line, the phaseouts are equivalent to an income-tax rate of 13 percent or less—strong incentives to work if they can. But for others the phaseouts are disastrous.

Here’s how a recent study by economists at the National Bureau of Economic Research explained it:

Earn $1 too much two years back and your Medicare Part B premiums will rise by close to $800. Earn $1 too much and, depending on the state, lose thousands of dollars in your own or your family’s Medicaid benefits. Hold $1 too much in assets and forfeit thousands in Supplemental Security Income.

If this frustrates you, imagine how frustrating it is to a person in poverty. If the economic incentives are to stay where you are, then you never improve. To earn enough to climb out of poverty, you’ll have to slog through a period (who knows how long?) when you’ll make less than your family can live on, but without any extra support. Unless, that is, you belong to a church community that can see you through; a church that prays for you, loves you, encourages you; a church that offers job training or employment fairs; a church that offers to help with transportation or childcare.

There are multiple ways a church could move that direction, from reviewing outreach ministries to make sure they’re building relationships, to working through the Chalmers Center’s Helping Without Hurting in Benevolence Ministry training.