In January, my father retired as the pastor of the Presbyterian Church of Coventry, a PCA congregation in rural Connecticut. He had been the pastor for 37 years.

This means almost all my life—certainly all my life that I can remember—my dad and mom served this single church. I was a baby in its nursery, a child in its Sunday school, and a teenager hanging out on its sagging couches in the back room. I was a college student home for the summer and a single woman between jobs. In recent years I’ve come back as an occasional visitor, sitting in the pews with my husband and kids.

According to statistics compiled by Thom Rainer, the current median pastoral tenure is six years. That means many pastors’ kids, including my own, have changed churches at some time—often several times—in their childhood.

To be sure, it’s not always best for a pastor to remain in one congregation for decades, and I trust that pastors’ kids growing up in a variety of churches have unique opportunities to learn to love Christ’s church wherever she gathers.

But, for me, it was good to stay. I learned at least four lessons during my father’s long tenure:

1. The church is worth a lifetime.

The Presbyterian Church of Coventry is not a large church by most measures. Today, it has around 180 members. Three decades ago, it had far fewer. But each of those members has a soul that will never die. And the whole church stands as a vital gospel witness on the barren New England spiritual landscape. Over the course of a lifetime, my dad diligently used his gifts for the good of the church, and his willing labor testified to the value of the people he served.

Over the course of a lifetime, my dad diligently used his gifts for the good of the church, and his willing labor testified to the value of the people he served.

In this, my dad was following the example of the church’s Chief Shepherd. Christ gave his life so he might “present the church to himself in splendor, without spot or wrinkle or any such thing, that she might be holy and without blemish” (Eph. 5:27). Every one of Christ’s 30-some years on the earth were dedicated to the good of his bride. We will not regret doing likewise.

2. There are weak sheep, and sometimes goats and wolves, but the Shepherd reigns.

Of course, you can’t spend 37 years in one church without experiencing trouble. There are lovely people in the church—people who love Christ and trust his Word and seek to serve one another. But not everyone. Even as a child, I knew that, sometimes, people who joyfully claimed Christ one year denied him in word and deed the next. People who said they wanted to serve the church ended up tearing it down, one brick of contention at a time. People who were leaders could fall into grievous sin. People who were intelligent could tell lies. People who were kind in public could drip malice behind closed doors. 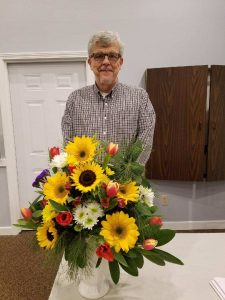 This is not pleasant. But it is also not surprising. Through the years, I learned the truth that Jesus taught: that the presence of weak sheep—even goats and wolves—is not a reason to give up on the church (Matt. 7:15–20). My father patiently worked for the good of souls under his care—even the straying and obstinate. Resting in the sovereign purposes of the Lord, he continued to preach and pray, to visit and counsel, to love and warn.

Because Christ doesn’t give up on the church, my dad didn’t either.

The Presbyterian Church of Coventry is where I learned to pray with God’s people. On Wednesday nights, members would gather in the church library for a prayer meeting. At age 10, I begged my dad to take me along. The saints would sit in a circle of chairs, discuss prayer requests for the work of the church and the needs of its members, and spend the rest of the hour praying together. At some point, I began writing the requests in a little notebook. I was optimistic that if I recorded the requests, in a few weeks’ time I’d be able to cross them off. Prayer answered. Check.

In reality, few of the requests were tidied away with a neat little line. Eventually, I stopped keeping a list. But when I visit the church today, I can see God’s answers.

For one thing, the church is still there. People are still coming to faith. Children are still being brought in by covenant baptism. The Lord has raised up laborers for the harvest field, established the work of his people’s hands, and blessed many with healing—either in this life or at the word of Christ in the next. It has been my privilege to see the prayers of one decade answered in another.

4. Your soul can be well-nourished under a single, faithful voice for a lifetime.

In the Christian community, we tend to be enthusiastic about new voices and fresh perspectives. We are eager to hear conference headliners and read the latest viral posts. We seek out variety and diversity. This isn’t necessarily bad. But we must not overlook the value of a single, faithful voice: 52 Sundays every year, standing behind an ordinary pulpit, preaching verse after verse after verse about the excellencies of Jesus Christ.

My dad is not famous. . . . But if you talk to the people in his church, he is the reason they love Jesus.

Over the decades, my dad preached—and lived—thousands of sermons. And to the people under his care, he wasn’t bringing something new. He was bringing something old—the great story of redemption—that we need to hear again and again. My dad is not famous. If you aren’t a conservative Presbyterian in New England, you’ve likely never heard of him. But if you talk to the people in his church, he is the reason they love Jesus.

A 37-year ministry in a single, small church is not splashy. But thanks to the long obedience of one ordinary man, I came to know and love Christ the Savior of sinners, to cherish Christ as he is revealed in his Word, to love the church for which Christ died, and to desire to serve Christ in all the circumstances of my life.