Especially since the death of George Floyd, Americans have wrestled afresh with the legacy of racial injustice in our nation. To understand our situation, historical reckoning is paramount. Indeed, we might remain bewildered by educational segregation or evidence of police brutality or disparities in public-health outcomes unless we accept that the story we inhabit is one shared by Linda Brown and Rodney King and the victims of Tuskegee’s infamous syphilis study.

No doubt, it can be painful to revisit tragic episodes from the past. It can be disquieting to have our illusions of righteousness shattered. But it is necessary. We are so often like the disciples who, after listening to Jesus teach, balked: “This is a hard saying. Who can hear it?” (John 6:60). Despite the difficulty of Jesus’s words, there was life in hearing the truth. There still is.

David Zucchino’s masterful Wilmington’s Lie: The Murderous Coup of 1898 and the Rise of White Supremacy (winner of the 2021 Pulitzer Prize) tells the story of political and racial tensions in Wilmington, North Carolina, over a century ago. Though a contained case study, these events offer broader insight into how the promises of Reconstruction gave way to Jim Crow. 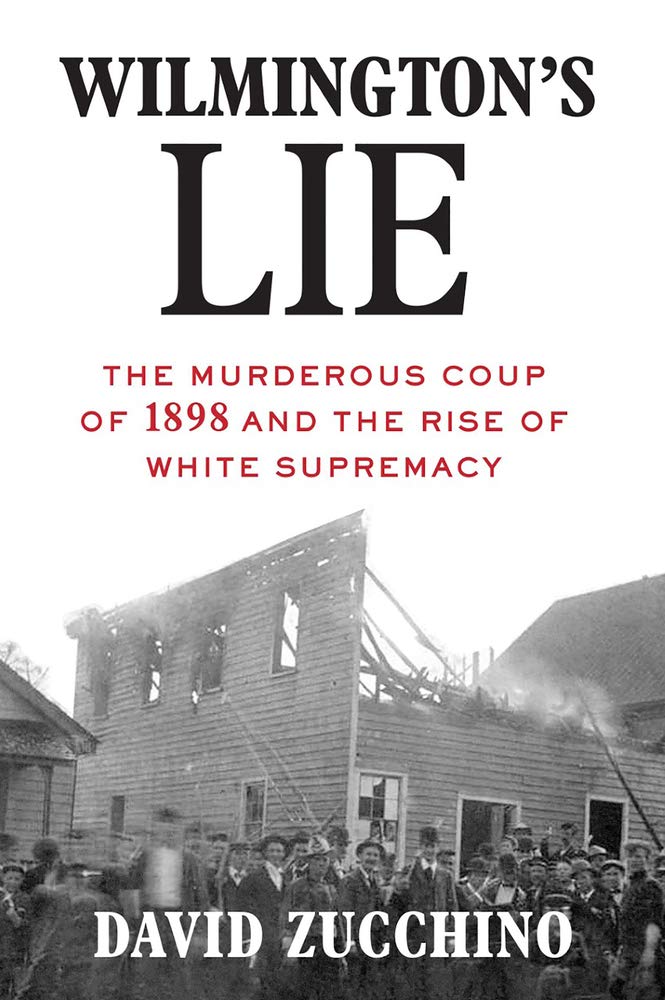 Wilmington's Lie: The Murderous Coup of 1898 and the Rise of White Supremacy

Wilmington's Lie: The Murderous Coup of 1898 and the Rise of White Supremacy

From Pulitzer Prize winner David Zucchino comes a searing account of the Wilmington riot and coup of 1898, an extraordinary event unknown to most Americans

This brutal insurrection is a rare instance of a violent overthrow of an elected government in the U.S. It halted gains made by blacks and restored racism as official government policy, cementing white rule for another half century. It was not a “race riot,” as the events of November 1898 came to be known, but rather a racially motivated rebellion launched by white supremacists.

Wilmington, then the largest city in North Carolina, was one of the freest places for black Americans in the late 19th century. They served as police officers and aldermen, as health inspectors and merchants, as bank owners and county treasurers. But this parity was “intolerable” for white Wilmingtonians. They feared “that if blacks continued to vote and hold office, black men would feel empowered to seize white jobs, dominate the courts, and rape white women” (xvi, xv). So, to prevent equality, they took up arms and staged a violent coup. This marks a crucial historical moment.

For many Americans, the progression from emancipation’s triumph to Jim Crow’s suffocation is baffling. And no wonder. Too often, America’s racial history is taught as though the evils of slavery were solved by Lincoln’s soaring rhetoric, reemerging (after the Gilded Age and World War I usually) just in time for Jackie Robinson and Rosa Parks and Martin Luther King Jr. to overcome. But to understand the story, and to understand our country, we must examine the years between the Civil War and the civil-rights movement. Wilmington’s Lie reveals how deception and violence entrenched white supremacy within political and economic institutions and prevented the multiracial democracy that remains America’s promise.

To understand the story, and to understand our country, we must examine the years between the Civil War and the civil-rights movement.

Wilmington’s Lie is a riveting story. Zucchino, a Pulitzer Prize–winning journalist, brings a keen eye for detail and compelling character studies. He recounts events with an observational detachment that brings a swiftness to the narrative and avoids overt moralizing. After all, the moral implications are clear enough.

The book opens with portents of violence. On a sunny November day following months of tension and arms sales, black Wilmingtonians gathered defiantly. White men with guns, some of which their fathers had used to fight for slavery, moved in formation toward the neighborhoods along Cape Fear River, determined to preserve their power.

Zucchino travels back to the Civil War’s end in Wilmington, expertly introducing readers to the cast of characters, the local landscape, and the hopes and fears that set the stage for the events of 1898. Those events are eloquently recounted, with appropriate tension and urgency. Churches and homes were set ablaze, gunshots resulted in massive casualties, children wept, and elected city officials were installed in a coup at city hall. Immediately, the bloody confrontation to preserve white power was recast as “a justified, spontaneous response to a black riot” and “a legitimate corrective to corrupt black politicians,” to great effect (334).

Zucchino follows the fallout of the event and its immediate false retelling: racist newspaper editorials, local segregation ordinances, political machinations, and, ultimately, decades-long disenfranchisement of black citizens. As he writes, “The killings in Wilmington inspired whites across the South . . . [to] whittle down the black vote and black officeholders, first through terror and violence and then by legislation” (317). Wilmington’s Lie stands as a feat of historical archival research as well as an eloquent, fraught tale of undoing freedom.

The account is wonderfully readable; it’s also discouragingly relevant. In the opening vignette, for instance, we hear not only of racial tension but of soaring gun sales, demographic anxieties, electoral disputes, and a coup. Though a definitive work of history years in the making, Wilmington’s Lie is a book for our moment.

My hope is that American Christians will read it, for it has much to say to us.

Zucchino’s book opens with an epitaph from Frederick Douglass: “The white man’s happiness cannot be purchased by the black man’s misery.” With characteristic prophetic wisdom, Douglass might be speaking to Americans today, with our zero-sum politics, our economy of scarcity, and our diminished imagination for the possibility of human flourishing. We would do well as Christians to recall our spiritual union with one another as well as our abundance in Christ.

Zucchino’s shattering account of white supremacist violence, and of white ministers’ celebration of it, also calls us to collective confession and repentance. By almost any account, American Christianity is implicated in the story of American racial violence. But the good news for Christians is that bloodshed needn’t have the last word.

Wilmington’s Lie ends on a stark note: damnation. “I don’t forgive,” a Wilmington descendent said, recalling the perpetrators of the violent coup. “If there’s a hell, I hope they’re burning in it, all of them.” Certainly, that would be the just punishment for such evil. And yet, because of the sacrifice of Jesus, and his blood shed at Calvary, those who are in him have freedom and power to confess the sins of the past, even of past generations, to repent and be forgiven. And to forgive.

American Christianity is implicated in the story of American racial violence. But the good news for Christians is that bloodshed needn’t have the last word.

There’s a poignant moment in the epilogue when Zucchino recounts a conversation with Frank A. Daniels Jr., grandson of Josephus Daniels, the racist editor of the News & Observer who glorified anti-black violence. “Did Josephus ever express regret?” Zucchino asked. “He did,” Daniels responded, “but there is a difference between apologizing and regret.” He’s right. Christians, of all Americans, should be empowered to tell the truth about the evils of white supremacy, to not only regret but where necessary apologize, repent, and make restitution, believing that for us, the redeemed, Jesus says: “The truth will set you free” (John 8:32).

Ansley Quiros is an associate professor of history at the University of North Alabama in Florence and member of Redeemer Presbyterian Church (PCA). She is an Atlanta native and graduate of Furman University (BA) and Vanderbilt University (MA, PhD) and author of God With Us: Lived Theology and the Freedom Struggle in Americus, Georgia, 1942–1976 (University of North Carolina Press, 2018).