Political rhetoric tends to the inflationary—a fact we see illustrated often—but consider these common tributes to the American people: “Our strength is in the spirit and intelligence of the American people,” claimed one stump speaker. For another, his cause would prevail because “the great mass of the people cannot be corrupted” (122).

Sit with those quotes for a minute. Do they sound familiar? More important, are they correct? 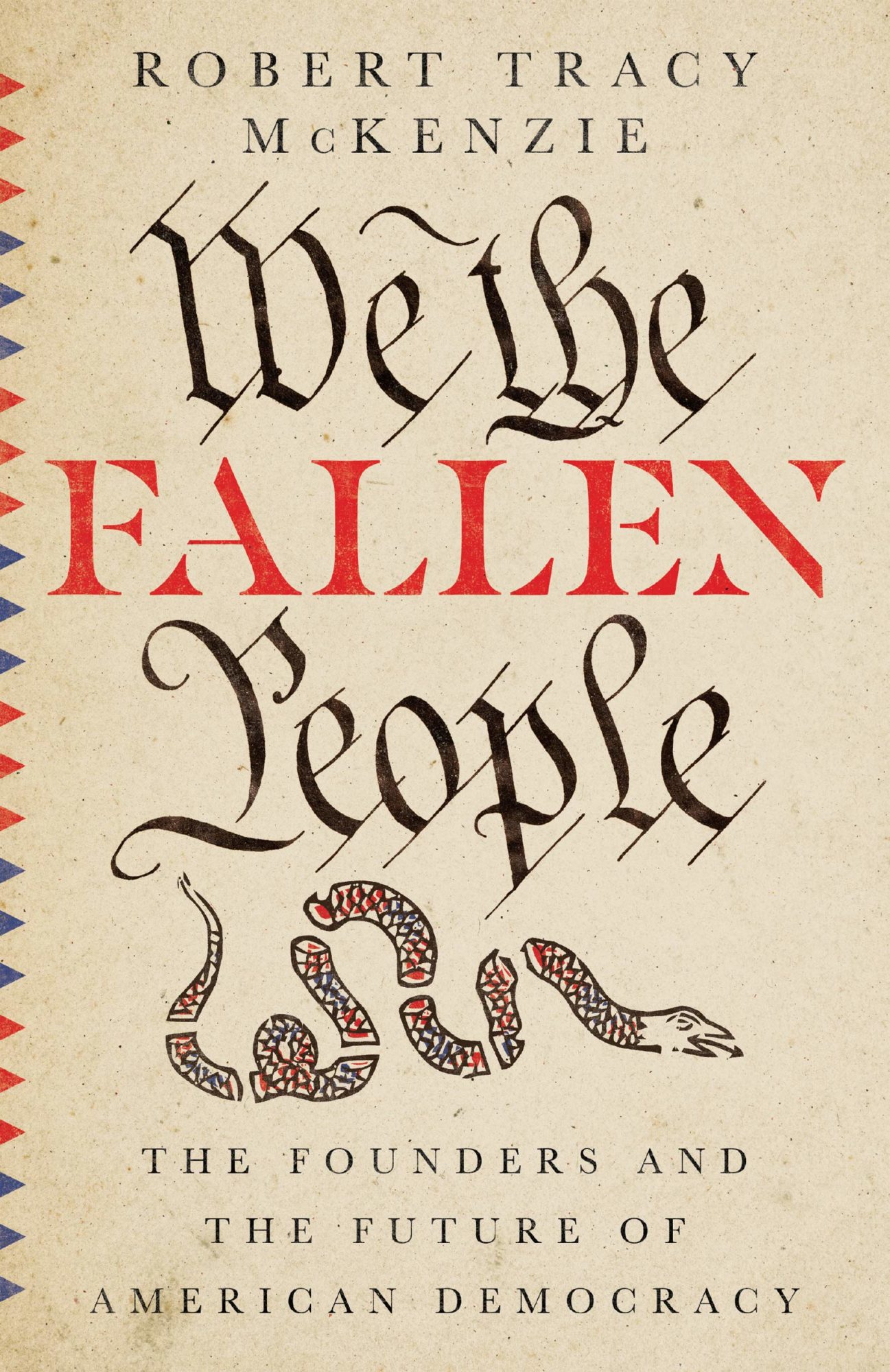 The success and survival of American democracy have never been guaranteed. Political polarization, presidential eccentricities, the trustworthiness of government, and the prejudices of the voting majority have waxed and waned ever since the time of the Founders, and there are no fail-safe solutions to secure the benefits of a democratic future. What we must do, argues the historian Robert Tracy McKenzie, is take an unflinching look at the very nature of democracy—its strengths and weaknesses, what it can promise, and where it overreaches. And this means we must take an unflinching look at ourselves.

We the Fallen People presents a close look at the ideas of human nature to be found in the history of American democratic thought, from the nation’s Founders through the Jacksonian Era and Alexis de Tocqueville. McKenzie guides us in a conversation with the past that can help us see the present—and ourselves—with new insight.

Wheaton College historian Robert Tracy McKenzie uncovers those claims in his new book We the Fallen People: The Founders and the Future of American Democracy. The quotes came from the 1828 election and were referring to supporters of Andrew Jackson. Their echoes today are what McKenzie seeks to draw out. For him, the age of Jackson introduced an unearned confidence in the goodness of the American people. Even more significant, McKenzie wants to ask several questions: how do we evaluate such claims? And might that optimism in human goodness be part of the problem in American politics today?

In short, McKenzie wants to point to political anthropology—the basic views of humanity that inform American political life. McKenzie particularly spurs our thinking about the implications of original sin for the American setting. He points out the salience of sin in the Scriptures, as well as its reaffirmation throughout church history, in Augustine and the Protestant confessions. Then, he asserts that its glaring absence in American politics in the past century has dramatically weakened our capacity for healthy self-government.

Might that optimism in human goodness be part of the problem in American politics today?

McKenzie writes as a historian, grounding his claims in a deep knowledge of American history, but he also writes to this moment—a time when Americans have lived through the 2020 election, the assault on the U.S. Capitol, and months of COVID lockdowns. Finally, McKenzie writes as a Christian, who cares deeply for the church in America (20–21). It’s this final qualification that should matter most deeply to TGC readers and earn him a careful hearing.

To make his case, McKenzie’s book breaks into four sections, each vital for his argument.

The first section examines how leaders in the founding era approached human nature and the populace. McKenzie finds consensus in a skepticism toward human nature, especially among the Founders working to frame and ratify the Constitution, the men creating the governing structure for the republic. Although these Founders hoped for virtue in the public, they worked to build a structure that acknowledged human frailty.

Believing that humans weren’t angels (per James Madison in Federalist #51), they created structures to restrain the abuse of power for both the governed and those governing. McKenzie asserts that this viewpoint was “compatible with an orthodox Christian understanding” (70) and so worth reclaiming. Despite differing emphases among writers, McKenzie demonstrates wide consistency among the founding generation. Because his historical claims in this section hold up, they lend support to his broader argument.

Although these Founders hoped for virtue in the public, they worked to build a structure that acknowledged human frailty.

McKenzie next shifts to the era of Andrew Jackson several decades later, tracing Jackson’s rise, election in 1828, and subsequent two-term presidency. McKenzie labels this era the “Great Reversal,” because Jackson and his supporters entirely flipped the rhetoric about the American people.

Instead of sinners who needed humility and boundaries, they switched to an extreme democratic—McKenzie would call it populist—approach that endorsed the goodness of the popular will, whatever it might be. To illustrate this shift, McKenzie examines two great abuses during Jackson’s presidency: the removal of Native Americans from the Southeast and the war against the Bank of the United States.

In these narrative chapters, which McKenzie handles deftly, he demonstrates that simple majoritarianism can inspire injustice and the abuse of unchecked power by trampling on laws and constitutional procedures.

Next, to analyze this new “democratic faith,” McKenzie turns to a close consideration of the French author Alexis de Tocqueville, who happened to be touring America during Jackson’s presidency and who provides significant insights for analyzing democracy in America. Far from the myth that Tocqueville endorsed the goodness of American democracy, he instead provided a complex analysis that can serve as a warning.

Tocqueville announced, “I cannot regard you [Americans] as a virtuous people” (193). Instead, he warned about the very real dangers of majority tyranny and a selfish, privatized individualism. Tocqueville provides powerful analysis, not just for Jacksonian America, but for our democratic times.

In his final section, McKenzie speaks as a counselor to today, addressing our contemporary democratic malaise. McKenzie offers a strong course of action that speaks to a renewal of both orthodoxy and orthopraxy. On the intellectual side, McKenzie renews the call to take original sin seriously, among us, as citizens, and among the leaders we elect (no more overweening confidence in tribunes of the people).

We need greater humility, to recognize failings, both individual and national. Then, on the practical side, McKenzie urges a return to faithful Christian witness by disentangling from a tight alliance with political parties.

We need greater humility, to recognize failings, both individual and national.

Throughout, with his warm and inviting tone, McKenzie invites his readers into a conversation. And, as with any conversation, there could be disagreement among participants. For instance, I might give greater emphasis to the  rule of law as central to the endeavor of the framers—Lex Rex, as asserted by Samuel Rutherford.

Further, it is worth considering whether other checks to democratic excesses might be necessary, such as an appreciation for categories of natural law. Finally, it’s a fair question whether McKenzie’s contemporary criticisms lean too heavily in one political direction over another.

McKenzie’s books are always worth considering, and this one is no exception. This volume extends an invitation to listen, think carefully, and then respond faithfully in public life. McKenzie has offered a historical and theological reminder that only those with the realism to recognize sin in the world—and in one’s heart—can respond humbly and effectively to address it.

Jonathan Den Hartog is professor of history and the chair of the history department at Samford University in Birmingham, Alabama. He is the author of Patriotism and Piety: Federalist Politics and Religious Struggle in the New American Nation.