In 2014, Kidd published the biography George Whitefield: America’s Spiritual Founding Father. This spring, he published a new book, Benjamin Franklin: The Religious Life of a Founding Father. The two volumes should be paired, not only because because Whitefield and Franklin show up in each other’s biographies, but also because Kidd believes these two late-colonial figures together contributed important pieces of America’s cultural and spiritual DNA. Whereas Whitefield (along with Jonathan Edwards) contributed directly to the formation of American evangelical Christianity, Franklin gave America both a preference for hard work and also his own version of religious expression. Kidd labels this contribution “doctrineless, moralized Christianity.”

In the biography, Kidd follows Franklin as he wrestles with the Scripture and Christian faith he’d heard as a young man growing up in Boston.

Teasing out what Franklin believed is a historical challenge. Kidd describes Franklin’s faith as “elusive” (3, 4) and “enigmatic” (236). Not only did Franklin develop in his thinking over time, but he also played with religious ideas and debated different positions equally. He would sometimes write a religious piece for his newspaper under one pen name and then respond to it with a letter to the editor, criticizing the first piece under a second pen name. 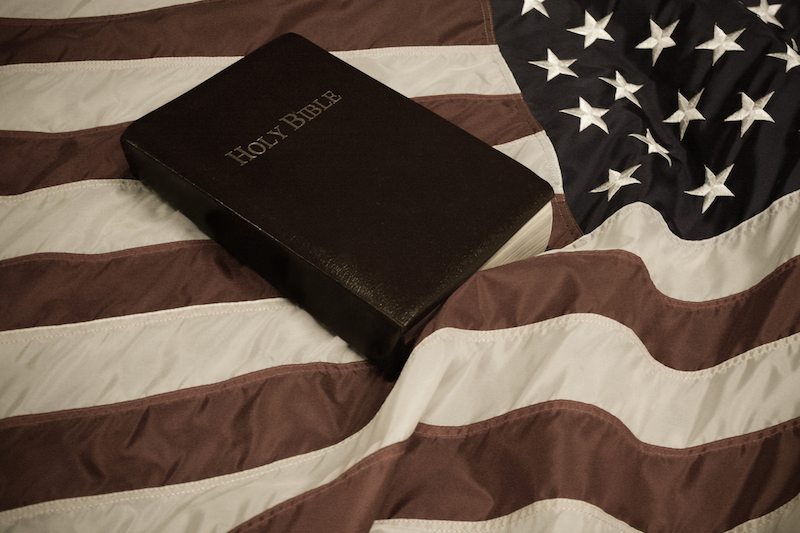 Benjamin Franklin: The Religious Life of a Founding Father

Benjamin Franklin: The Religious Life of a Founding Father

While other authors—Gregg Frazer, David Holmes, and John Fea—have tried to pin down Franklin’s religious beliefs, they each devote only one chapter in larger studies to him, whereas Kidd uses the freedom of an entire book to understand the contours of Franklin’s religious thought.

Franklin was raised in Boston in a devout Puritan home—his father emigrated to Massachusetts to take part in the fervor of the colony, and both his parents gave evidence of their faith, joined the local congregation, and hosted prayer meetings in their home.

Franklin’s avid reading, however, brought him into contact with ideas from the movement broadly known as “the Enlightenment” that questioned the authority of Scripture and the tenets of traditional Christianity. His exposure to heterodox ideas only increased when Franklin fled his Boston apprenticeship to seek his fortune in Philadelphia and London.

In London, he openly called himself a Deist and began wrestling with the meaning of human freedom. Kidd rightfully points out that Deism could mean different things; he defines Franklin’s deism as “1) doubts about Calvinism, 2) qualms about the Bible’s reliability, 3) resistance to churches’ claims of religious authority, and 4) a focus on ethics” (28).

The final element is the one Kidd emphasizes, showing that Franklin came to prioritize moral behavior over any defined doctrines. At the same time, Franklin continued to argue for belief in a divine providence that could intervene in the world and in a future state of rewards and punishments (decided according to works done on earth).

Even so, Franklin remained connected to orthodox Christians who kept him from drifting into even more radical positions. Kidd does much with two of Franklin’s relationships: with the evangelist George Whitefield, who, until his death, repeatedly invited Franklin to a life of faith, and Franklin’s sister Jane Mecom, who challenged Franklin on his moralistic assertions.

Bible and the Revolutionary Era

Kidd demonstrates that Franklin deeply knew his Bible. For instance, when arguing for creating a militia in colonial Pennsylvania, Franklin made extensive use of both Old and New Testament passages. He easily dropped scriptural language into his speeches and writings; sometimes he even made up his own quasi-biblical parables to test others’ knowledge of the Scriptures.

Kidd reminds us the American Revolution occurred in a culture that was highly biblically literate. Members of the founding era couldn’t escape wrestling with the Bible, even if they ultimately failed to follow it. Such biblical engagement helps us understand the context of the Revolution, and raises important questions about how biblical ideas can contribute to political movements.

It was Franklin, after all, who proposed a biblical scene for the great seal of the United States—Moses leading the Israelites out of slavery in Egypt. It was also Franklin the “Deist” who called for prayer at the Constitutional Convention. (Both ideas, it should be noted, were rejected.)

In encapsulating Franklin’s outlook as “doctrineless, moralized Christianity,” Kidd points to an enduring religious message in American culture. He suggests this approach underlies the American celebration of success—Franklin was a great advocate for pursuing “The Way of Wealth.” Kidd pointedly connects these ideas with the contemporary prosperity gospel and the popular posture of being “spiritual but not religious.” In fact, Kidd’s description of Franklin’s beliefs sounds a lot like the “moralistic therapeutic deism” chronicled by sociologist Christian Smith. Franklin’s religious influence continues.

Kidd is attentive to how Franklin pioneered this outlook and how it departed from traditional, orthodox Christianity. Rather than belaboring the point himself, Kidd demonstrates how individuals at the time consistently called out Franklin for his appropriation of Christian themes for moralistic ends. Franklin’s parents, his sister Jane, and Whitefield often challenged him. Their rebukes are sufficient to show Franklin’s distance both from the Calvinism of his boyhood and also from Christian orthodoxy more generally.

Benjamin Franklin remains an important and inescapable figure for American history and culture, and Kidd’s engaging biography helps us better appreciate not only his religious beliefs, but also the moral and religious ideals embraced by American culture today.

Jonathan Den Hartog (PhD, University of Notre Dame) is associate professor of history at the University of Northwestern-St. Paul. He is the author of Patriotism and Piety: Federalist Politics and Religious Struggle in the New American Nation. You can follow him on twitter.