Christians believe confessing our sin is fundamental not only to receive grace but also to appreciate the beauty and kindness of our Savior. Yet today, we’re also increasingly embarrassed to tell people they’re sinners. We shift in our pews when we hear sermons on Genesis 5 or Jeremiah 17:9. We wonder what visitors think, and wish the preacher wouldn’t be so negative. Those of us who have a corporate prayer of confession in our church gatherings wonder if this isn’t a little too anti­-church growth.

Cornelius Plantinga’s Not the Way It’s Supposed to Be: A Breviary of Sin isn’t that old. But the quarter-century between its publication and now is sufficient to validate Plantinga’s concern over the decline of the category of “sin” in the public consciousness. Christians embarrassed about the doctrine have lost their ability to explain what’s wrong with the world, and thus exactly what the good news of Jesus Christ announces. As Plantinga warned, “To ignore, euphemize, or otherwise mute the lethal reality of sin is to cut the nerve of the gospel” (199).

The consequences of minimizing the scriptural view of sin show themselves in the rising confusions around morality within and without the church. Evangelicals today wrestle with many historic Christian doctrines: the exclusivity of the gospel, the reality of hell, the sinfulness of homosexuality, just to mention the top of the charts. We agonize over the historic beliefs of the church in large part because we haven’t considered the great weight of sin.

Christians embarrassed about the doctrine of sin have lost their ability to explain what’s wrong with the world, and thus exactly what the good news of Jesus Christ announces.

Without a robust doctrine of sin, we’ve fostered a morality that equates niceness with goodness. So Christians are flabbergasted when they meet a practicing homosexual who is a nice neighbor. How can you say Jim is wicked when he takes your grandma’s trash out to the curb for her every week?

Without a robust doctrine of sin, we’re left only with categories of good people and bad people. And when we ignore talking about sin in polite company, we undermine our ability to see sinners as redeemable and underestimate the transforming power of grace. Bad eggs are only good for throwing out.

Nothing demonstrates our cultural inability to see sinners as redeemable like our online society, which seems even less interested in fair treatment than a Monty Python-style witch trial. For example, the young-adult-novel industry is eating its young because any portrayal of minority characters as morally flawed is interpreted as teaching bigotry.

If you think this is just a secular problem as people withdraw from their Judeo-Christian heritage, take a quick look at how any pastor accused of scandal is treated online. Not everyone accused is innocent, and public rebuke is appropriate for public figures. But the way we’ve treated those leaders we perceive to be in the wrong seems to convey that, deep down, we believe that for a leader to fail morally disqualifies them not only from church leadership, but also from the fraternity of humanity. If that sounds like an exaggeration on my part, just ask the children of any fallen leader. 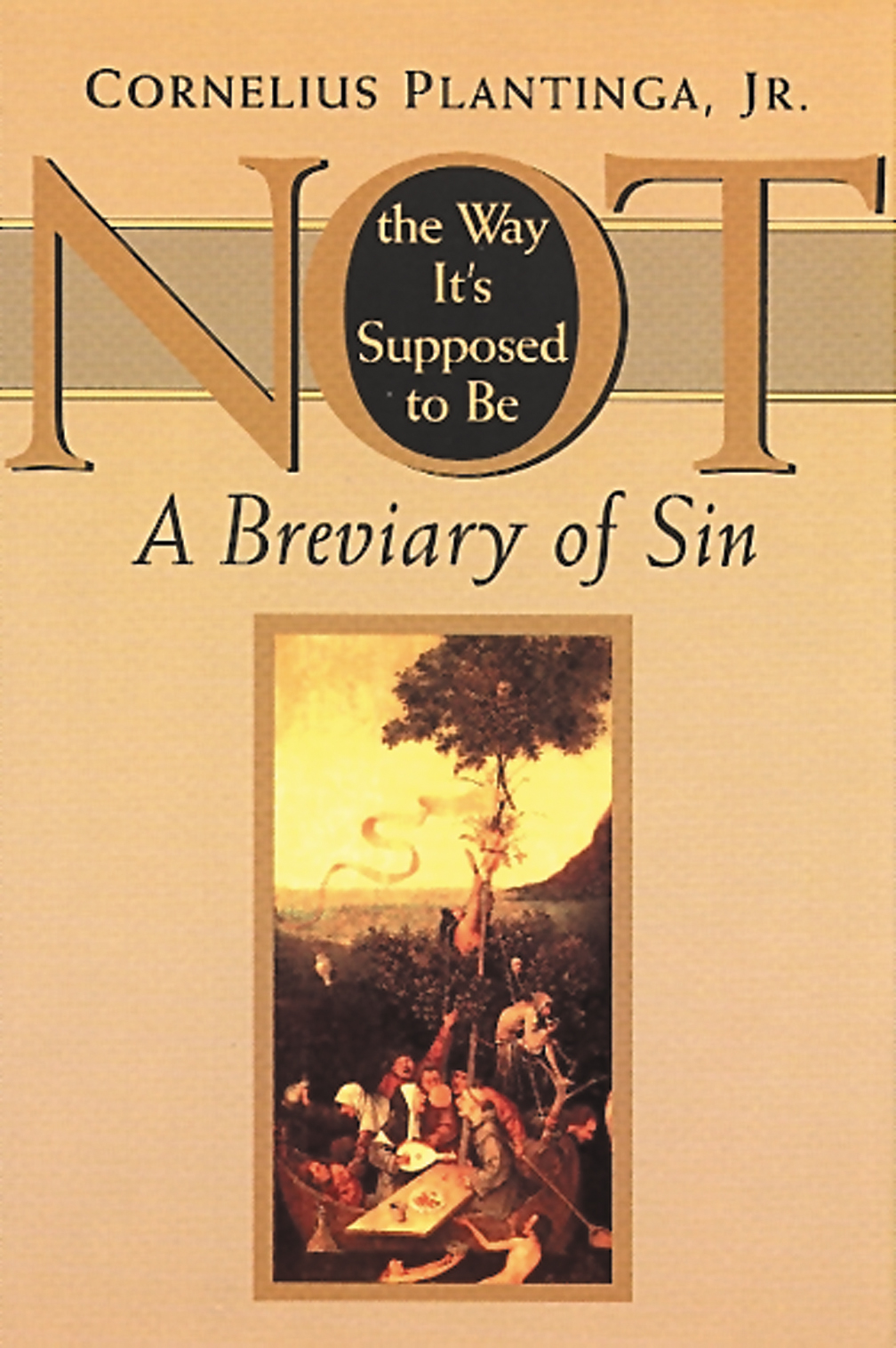 Not the Way It’s Supposed to Be: A Breviary of Sin

Not the Way It’s Supposed to Be: A Breviary of Sin

Cornelius Plantinga pulls the ancient doctrine of sin out of mothballs and presents it to contemporary readers in clear language, drawing from a wide range of books, films, and other cultural resources. In smoothly flowing prose Plantinga describes how sin corrupts what is good and how such corruption spreads. He discusses the parasitic quality of sin and the ironies and pretenses generated by this quality. He examines the relation of sin to folly and addiction. He describes two classic “postures” or movements of sin—attack and flight. And in an epilogue he reminds us that whatever we say about sin also sharpens our eye for the beauty of grace.

None of this is to say that a robust doctrine of sin will make the world a better place. But it will equip us to understand why nothing in the world seems to be the way it should. The world can’t be divided into heroes who always do right for the right reasons, and villains who always do wrong for the wrong reasons. Even the greatest heroes are often villains.

What’s the Biggest Problem with Sin?

Plantinga’s book predicted what would happen when the church stopped speaking clearly about sin. It also illustrates the manifold ways that sin affects our lives. Yet for all that, I finished feeling as though I had eaten a wonderful array of appetizers, but never the main course. Plantinga portrays what sin does to us, but he only occasionally alludes to what sin does to our relationship with God.

The only way we can rightly understand what sin is depends on seeing it as a rejection of God and his authority.

But the only way we can rightly understand sin is when we see it as a rejection of God. This may not be sin’s most easily perceived cost, but even that difficulty points to the way sin dulls our perception. All people can acknowledge that the world isn’t as it should be. Only Christians, though, can explain that the problem underlying all the others is even worse, and in even more desperate need of redress: namely, separation from God. Only Christians can look to heaven and confess, “Against you, you only, have I sinned” (Ps. 51:4). This lack of attention to the offense of sin being chiefly against God’s own person hinders this useful book from properly describing the problem at hand. Plantinga’s definition of sin misses the mark because it is insufficiently vertical.

My critical comments notwithstanding, this book is well worth reading and pondering. Plantinga writes theology beautifully.

The news these days is littered with increasing confusions rooted in a neglect of sin. Even in many churches, the implicit message is exactly what Plantinga warns against: a faith removed from repentance and lament, able to offer only “celebration and fun and personal growth and five ways to boost my self esteem. And especially . . . entertainment” (193). We would do well to listen to the careful reflections of an older, wiser brother on the issue.

In such days, I imagine our brother Cornelius is barely able to refrain from saying, “I told you so,” for sin is indeed ever crouching at the door.