At the turn of the 20th century, the Scottish minister and church historian James Orr famously proffered a theory about doctrinal development. God, he suggested, has given to each age of the church a concern for a particular doctrine. According to Orr, the second century was an age of theological prolegomena and apologetics. The third and fourth centuries were concerned with the Trinity, and the fifth through seventh centuries tackled the many nuances of Christology. Reflection on soteriology began in earnest in the Middle Ages with Anselm on the atonement, but was furthered in the 16th century through the reformers’ thought on justification, regeneration, and sanctification. Orr believed the modern era had been reserved for eschatology.

As the 20th century wore on, however, anthropology increasingly took center stage. 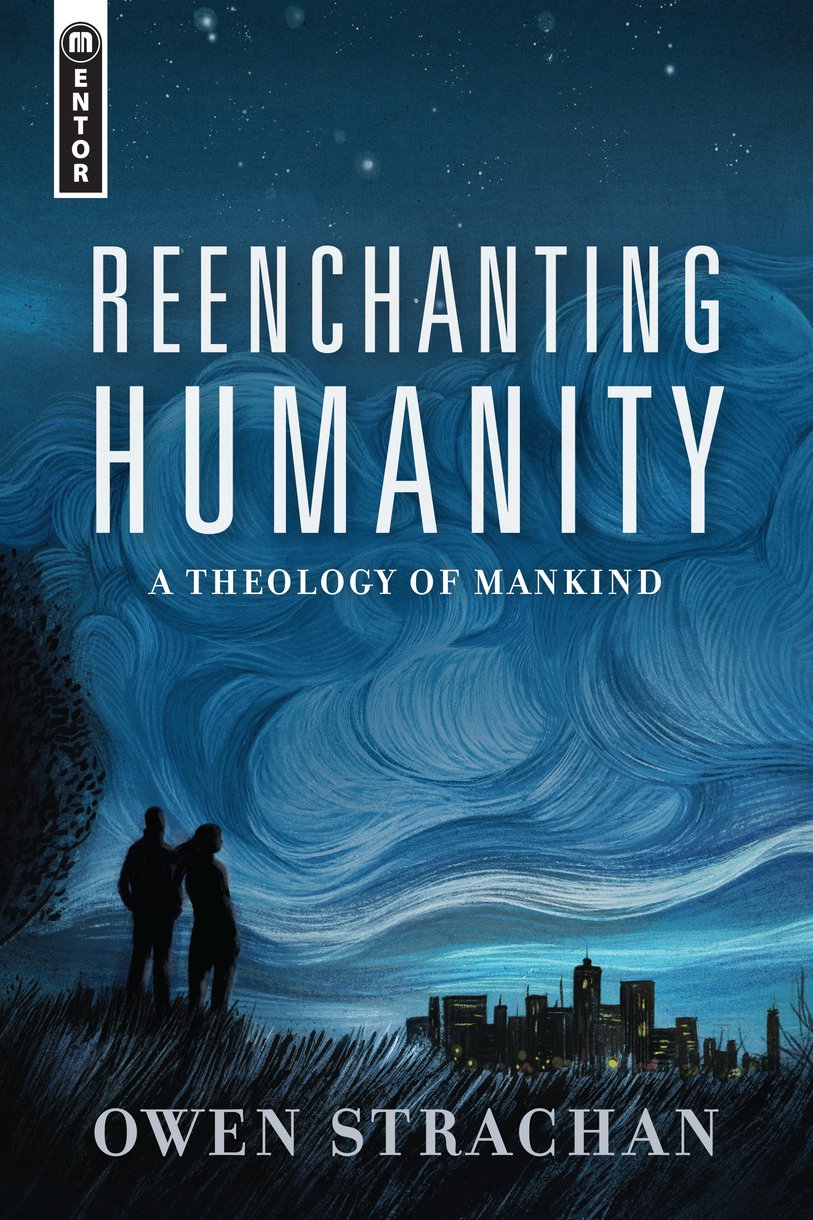 Whatever one might think of Orr’s particular historical schema, he intuits something about divine providence that seems apparent: God gives his people certain challenges and opportunities in theological reflection that reflect their age.

Whether it’s our infatuation with the concept of identity, or the increasing ethical questions surrounding AI (artificial intelligence), many in and outside the church will agree that our own age presents myriad questions about what it means to be human. This offers the church a significant opportunity to engage in theological anthropology of wide-ranging depth heretofore not seen in the history of theology.

Owen Strachan’s Reenchanting Humanity: A Theology of Mankind provides a series of up-to-date studies on the topic. With punchy prose and bold conviction, Strachan explores nine aspects of biblical anthropology that answer the question of what it means to be human: the image of God (ch. 1); the depravity of mankind (ch. 2); vocation (ch. 3); sexuality (ch. 4); race and ethnicity (ch. 5); technology (ch. 6); justice (ch. 7); contingency (ch. 8); and Christ as the goal of humanity (ch. 9).

Any anthropology worth its salt in the 21st century needs to grapple with the tectonic shifts in sexuality and technology, and the questions raised by race, ethnicity, and justice.

We should commend Strachan—associate professor of Christian theology at Midwestern Baptist Theological Seminary in Kansas City, and director of the Center for Public Theology—for tackling each of these topics and seeking to provide a full-orbed teaching on what it means to be human. To be sure, in our world we need better theological reflection on subjects that often escape the theologian’s attention. Any anthropology worth its salt in the 21st century needs to grapple with the tectonic shifts in sexuality and technology, and the questions raised by race, ethnicity, and justice. In taking up these topics, Strachan provides biblical reflection followed by theological, ethical, and cultural comment.

Strachan couches his book as an answer to the disenchantment of humanity, brought about by our secular age. Stripped of a Creator, meaning, and eternal purpose, secular humanity has lost its heavenly bearing and thus must make its way in a world of shallow horizons. Strachan wants us to see ourselves and our fellow man reenchanted through an orientation to God and his Word.

Stripped of a Creator, stripped of meaning, stripped of eternal purpose, secular humanity has lost its heavenly bearing and must make its way in a world of shallow horizons.

Reenchantment is the positive concept that frames Strachan’s anthropology. Theologically he grounds it in the original “enchantment” of humanity through the imago Dei (53). As an idea, though, reenchantment is somewhat elusive and often left undefined throughout the book. The closest to a precise definition is in the conclusion: “The Father has initiated the project of anthropological reenchantment, making us a new humanity in Christ through the power of the Spirit” (378). Thus, for Strachan, there is a christological focus to reenchantment, where it appears to be equated with sanctification and glorification.

But as a concept it doesn’t easily frame the other chapters in the book. As a result, the reader struggles to find an argument that’s integrated across the whole of the book. Reenchanting Humanity reads more like a series of nine discrete studies.

If enchantment is the positive concept Strachan utilizes, neopaganism is the foil. In the introduction, Strachan observes that we “find ourselves in a contest of anthropological visions: Christianity vs. neopaganism” (4). This contest functions as a strong antithesis throughout the book. Like enchantment, though, the meaning of neopaganism is often assumed rather than defined. Strachan does not give historical, philosophical, or religious texture to his use of the term. Rather, it stands starkly as Christianity’s “major worldview competitor” (200).

One exception is found in what is by far the longest chapter in the book, chapter 4 on sexuality. Strachan relies on Peter Jones’s work to describe neopagan sexuality. According to Jones, neopaganism is associated with “oneism” in contrast to Christianity’s “twoism.” Rather than God standing transcendently over and distinct from humanity (“twoism”), in neopaganism god is alive within all of reality, including humanity. One might think this is its own kind of enchantment of humanity—the divine within—but Strachan quickly pivots to show how “feminism, postmarital sexual libertinism, transgenderism, and homosexuality” (202) all originate in neopagan “oneism.”

Throughout the book, Strachan is refreshingly confident in the full authority of Scripture and its relevance for all of life, including how we understand ourselves as human. Furthermore, many readers will experience his journalistic style of writing as a breath of fresh air in a field often cluttered with turgid and halting prose. Strachan’s confidence, boldness, and style are encapsulated in lines like these:

What a race humanity is. What a story the Bible charts. Made by God an enchanted being, humanity chose to grovel in the ground beside the serpent. Yet in God’s kindness, Adam’s children may rise again. (378)

If, according to Orr, the church took at least two centuries to reflect on the depths of the Trinity, and three on the mysteries of Christology, we might expect that extended theological reflection on humanity is only just beginning. May God continue to raise up those who will patiently and faithfully plumb the depths of Scripture in order that the church might mature in her confession of a theology of mankind.

D. Blair Smith is associate professor of systematic theology at Reformed Theological Seminary in Charlotte. He earned his ThM in theology from Harvard Divinity School and his PhD in historical theology (patristics) from Durham University, and he is an ordained minister in the Presbyterian Church in America. He is married to Lisa, and they have four children.