Labor pains first seized Denise Uwimana while she lay wedged beneath a bed in a pool of her cousins’ blood. Outside, militants prowled for her with machetes raised. As she labored in silence to avoid detection, her mind raced. She lamented her newborn son’s entrance into a world that would instantly hate him, not for his misdeeds, but for his identity as a Tutsi. She agonized about the safety of her other children. Over and against this tide of grief, Uwimana’s anger flared at God. “You promised to protect us,” she prayed, “and now we are going to die! You have totally failed me!” (65).

Uwimana is one of more than a million people who suffered atrocities during the 100-day Rwandan genocide in 1994. From April to July of that year, long-simmering tensions between the Tutsi and Hutu populations broiled to a zenith, with harrowing repercussions. Hutu extremists murdered an estimated 800,000 Tutsi men, women, and children they once called acquaintances, neighbors, even friends. Militants beheaded infant boys while their mothers pled for mercy. They raped hundreds of thousands of women and girls, who suffered the effects of post-traumatic stress and HIV infection long after the assaults ended. A visit to any of the genocide memorial sites throughout Rwanda—many of them churches, where people fled for refuge only to be massacred—reveals shelves lined with skulls and thousands of clothes piled in spaces too small to accommodate gravestones.

The mind recoils at such images of brutality, and in her memoir, From Red Earth: A Rwandan Story of Healing and Forgiveness, Denise Uwimana respects her fellow survivors too highly to whitewash the horror from those days. Instead she recounts the violence in unsettling detail, compelling readers to acknowledge the destructive power of sin that seethes within us all.

She also confronts the spiritual turmoil into which the killings thrust survivors, who struggled to reconcile the savagery they endured with the truth that God is “merciful and gracious, slow to anger, and abounding in steadfast love and faithfulness” (Ex. 34:6). Distrust of God germinated when devout Tutsi watched their families die. It took root when clergy betrayed entire communities to the extremists, corralling their parishioners into church buildings to expedite the slaughter. Uwimana’s cries to God sharpened in intensity as tragedies within her family piled up. She writes of that period: “Although I believed in God, I had only accusing questions to bring before him. ‘You could have prevented all this!’ I cried, again and again. ‘Why didn’t you?’” (113). 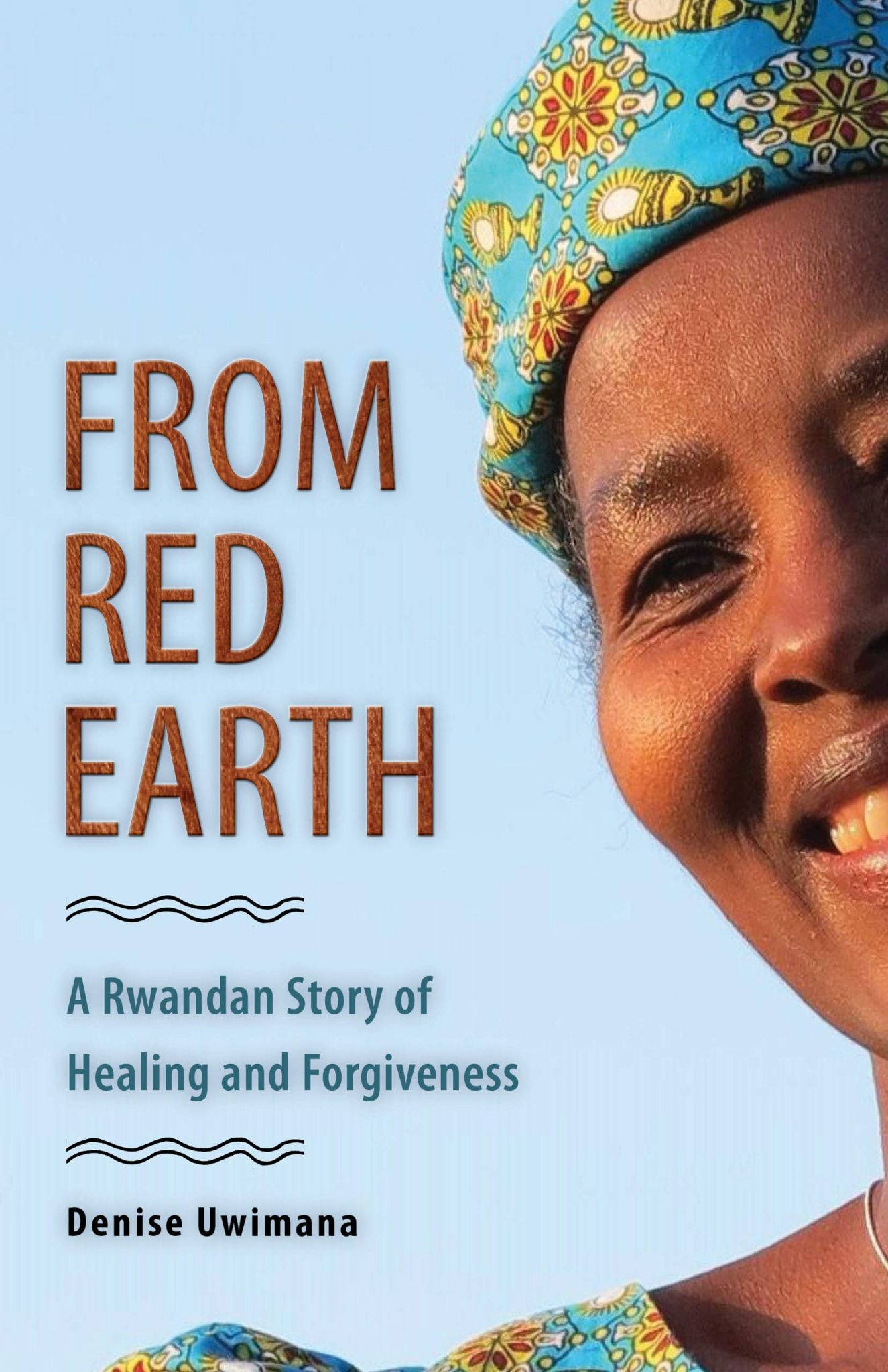 From Red Earth: A Rwandan Story of Healing and Forgiveness

From Red Earth: A Rwandan Story of Healing and Forgiveness

In the space of a hundred days, a million Tutsi in Rwanda were slaughtered by their Hutu neighbors. At the height of the genocide, as men with bloody machetes ransacked her home, Denise Uwimana gave birth to her third son. With the unlikely help of Hutu Good Samaritans, she and her children survived. Her husband and other family members were not so lucky. If this were only a memoir of those chilling days and the long, hard road to personal healing and freedom from her past, it would be remarkable enough. But Uwimana didn’t stop there. Leaving a secure job in business, she devoted the rest of her life to restoring her country by empowering other genocide widows to band together, tell their stories, find healing, and rebuild their lives.

Uwimana offers no simplistic answers to her questions, no platitudes to undermine the suffering of her fellow Tutsi. But her unflinching account of the tragedy throws the subsequent narratives of healing, forgiveness, and repentance into stunning relief. In a powerful testimony to God’s steadfast love, Uwimana reveals that only Christ could heal wounds as raw and deep as those inflicted in Rwanda during the genocide (1 Pet. 2:24). In prose flowing with empathy and humility, Uwimana guides us through the stories of victims who found redemption in a Savior who also suffered. From Red Earth reveals that while hatred tore Rwandan hearts to pieces, Jesus coaxed them to beat anew.

Uwimana’s witness begins with her own story. With her husband missing, her extended family murdered, and her home destroyed, despair enveloped her. While she struggled to find peace and to understand God’s plan, the one source of solace emerging from the wreckage was the truth that Jesus, too, had endured deep pain. “Often, all I could do was pray to Jesus,” she recalls of life after the genocide, “hoping he would understand since he, too, had been hated, betrayed, and humiliated. Clinging to his cross was like clinging to the trunk of a palm through a hurricane. I might be battered by lashing wind, but surely the tree’s roots would hold” (114).

Jesus’s sacrifice gave Uwimana’s survival a purpose: to help soften the hearts of the Hutu in her community, to bring them to the Lord. Convicted from a reading of Acts 26:16–18, Uwimana returned to the village that had hunted her, not to enact revenge, but to publicly declare forgiveness. Her efforts blossomed into an entire ministry, Iriba Shalom International, dedicated to supporting survivors and guiding them toward reconciliation and healing.

Uwimana’s story intertwines with numerous others, all diverse in perspective but singularly united in their testimony to God’s grace in Christ. She devotes special attention to Beata, a woman who hid in the bush for months after her family was massacred. When offered a Bible, Beata scoffed that a grenade would be more helpful. Gradually, grief twisted her heart against God. She lingered at the edge of a bridge one day with her one surviving child on her back, determined to end both their lives. “But although Beata had given up on God, God had not given up on her” (155).

A woman intervened on that bridge and guided her toward a relief ministry centered on the gospel. Uwimana writes of the healing she witnessed in Beata after encountering Jesus:

Like her, Jesus had felt forsaken by God. Her whole being responded; she was flooded with overpowering love. “I received Jesus into my heart,” Beata told me. “He became my Lord and my refuge, and he lifted my burdens.” (156)

In a remarkable turn, Beata then ministered to Hutu murderers in prison:

“The way to escape your darkness is to face the light, confess your sin, and run to the cross,” she told them. “The blood of Jesus speaks louder than the blood you shed, louder than your self-accusation. It can wash killers clean.” (169)

Such examples of reconciliation, renewal, and forgiveness in From Red Earth contrast starkly with the preceding accounts of brutality. Uwimana writes of Tutsi who embraced their assailants in forgiveness because Christ forgave them first. She remembers Hutu who risked their lives to shelter Tutsi during the genocide, who later cited the gospel as their inspiration for helping. She recounts Tutsi widows, despondent and disgraced within their communities, who found peace in the truth that they are image-bearers of God, worthy of love. Through such stories, Denise Uwimana offers all of us a beautiful gift: a glimpse into God’s saving work through Christ in the most desolate circumstances.

From Red Earth reminds us that whatever calamities strike, however atrocities evade our understanding, in Christ all wounds are healed. Sin mires every corner of the earth, and suffering invades every heart. But at the foot of the cross, we have hope that sponges away the suffering. We have trust in a Savior who, like the afflicted, was a man of sorrows, acquainted with grief (Isa. 53:3).

Uwimana explains it best: “In the West, I’ve met people who cannot grasp why Jesus had to die: ‘Couldn’t God have pardoned humankind without the torture?’ But in Rwanda, where we saw evil unmasked, it makes all the difference to know that God’s own son has been there too” (188).