When one imagines West Texas, celebrated poets rarely come to mind. Yet that’s exactly what the region has produced in Christian Wiman, an artist described by Marilynne Robinson as writing with a “purifying urgency that is rare in this world.” Wiman, professor of the practice of religion and literature at Yale Divinity School, grew up on a diet of rugged Texas violence as well as a charismatic Christian faith he abandoned after leaving home. By his late 30s, he married his wife, held the post of editor at Poetry magazine, and reconnected with his faith only to receive a diagnosis of a rare and incurable form of blood cancer. Since then, Wiman has written extensively on the intersection between art and faith, especially as it relates to the deeper experiences of life, like death and suffering.

His latest work, He Held Radical Light: The Art of Faith, the Faith of Art, revisits such themes to ponder a specific question: What is it we want when we can’t stop wanting? While his book never quite reaches concrete answers, it provokes readers to consider the essential value of art for life. Can poetry teach us about our faith in ways that systematic theology cannot? To what (or whom) does humanity’s creative impulse point? Does the practice of theology require more than simply a sharp mind? 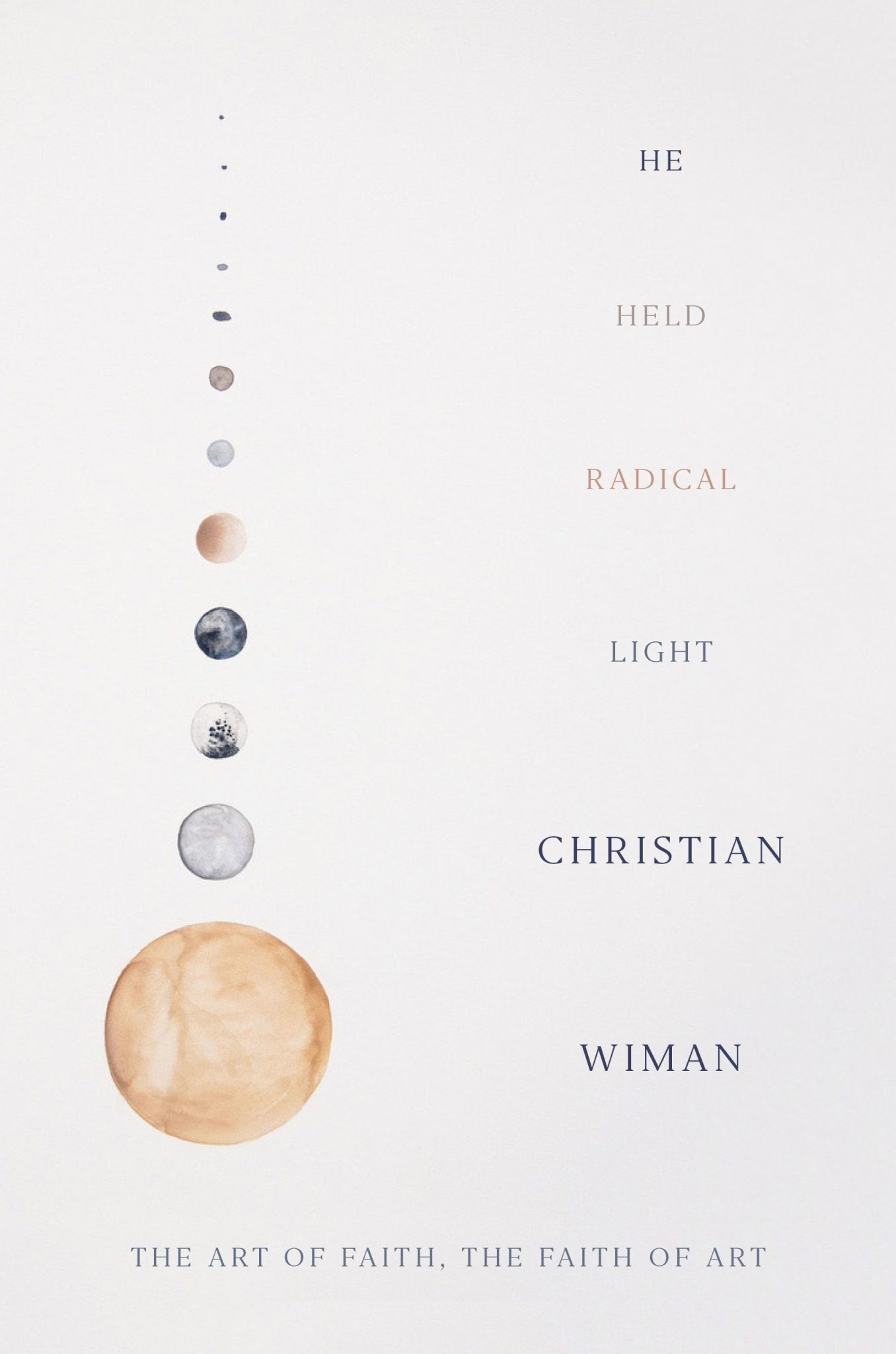 He Held Radical Light: The Art of Faith, the Faith of Art

He Held Radical Light: The Art of Faith, the Faith of Art

To the casual reader, Wiman’s book might appear to be little more than an ode to poetry. And it’s certainly that. Thanks to his tenure as editor of Poetry magazine from 2003 to 2013, he befriended numerous well-known poets and collected handfuls of charming stories. He recalls the time A. R. Ammons paused halfway through a reading to tell his audience, “You can’t possibly be enjoying this,” abruptly concluding the evening. Then there’s the time he accompanied Mary Oliver who, on her way to an event, pocketed a dead pigeon in her hunting jacket, where it remained for the entirety of her reading.

Woven among such anecdotes, Wiman quotes poems and poets at length, musing on their meanings with piercing precision. But his ode frames a larger meditation on the value of art. In a post-Enlightenment world, even the church isn’t immune from the tendency to relegate creative works to the realm of the rational, stripping them of ambiguity and systematizing their perceived beauty. Wiman argues that we lose something when we do so, as some truths require more ambiguous modes of communication to be truly understood.

Halfway through the book, he writes, “One of art’s functions is to give form to feelings that would otherwise remain inchoate and corrosive, to give us a means whereby we can inhabit our fears and pains rather than they us.” Art, like life, is a complicated experience, and there are times when creative forms of silence are our most effective communicators.

Art allows us to engage theologically with our whole person as opposed to limiting our practice solely to a cognitive realm. That said, Wiman doesn’t dismiss more systematic terms of thinking. Rather, he insists on a fuller practice. And he reiterates at multiple points that art is a means, but to what end? Is our creative hunger merely an appetite for God? An expression of our faith? In a sense, yes, but Wiman warns against such simplicity, like suggesting “Jesus” is the correct answer to any Sunday school question. The answer may be correct, but Wiman wants readers to take the time to understand why.

Still, the artistic hunger is an appetite that both feeds and must be fed. Near the end of his final chapter, Wiman quotes a poem from Frank Bidart with these verses: “Understand that there is a beast within you / that can drink till it is / sick, but cannot drink till it is satisfied.” Only something other, something external (read: “God”) can satisfy that beast, and plenty of forgeries can sicken it. But there are edges to reality that can only be perceived, Wiman argues, when “the truth of its elusiveness is part of that perception.” Then, the abstract of art can speak the truth to us in ways that will keep the beast at bay.

He Held Radical Light reads like a math problem. Some will long simply to arrive at the conclusion, but Wiman, like a proficient classroom instructor, wants to show the work it takes to arrive there. It offers much in the form of conversation and goads readers to embrace mystery without producing concrete answers to the questions he raises. But perhaps that’s the point. As he writes repeatedly, art is essential to our human experience, but it isn’t enough. It’s a necessary guide, but an incomplete one. Yet it sharpens our attention along the way until we arrive, at last, in the presence of the Source of all mystery, the only One who truly satisfies.