“The church has become too intertwined with politics.”

“The church’s involvement with politics means it has sacrificed its spiritual authority.”

Enter Jonathan Leeman’s Political Church: The Local Assembly as Embassy of Christ’s Rule, a volume primed for a moment such as ours. After all, the hucksterism of the Religious Right coupled with the evangelical dalliance with Donald Trump seem to make the prospect of evangelical politics an exercise in futility, if not an outright embarrassment.

I should state up front that this review is intentionally a birds-eye view. Political Church is lengthy yet enjoyable and nuanced yet clear, and deserves further interaction given the scope of his work.

Leeman, editorial director for 9Marks, makes a simple argument: the church’s nature is in fact political. This may sound simple and innocent enough, but Leeman aims to reframe our understanding of what it means to be political. Politics, he contends, isn’t a task of the church; rather, it’s the “institutional essence” of the local church’s identity: 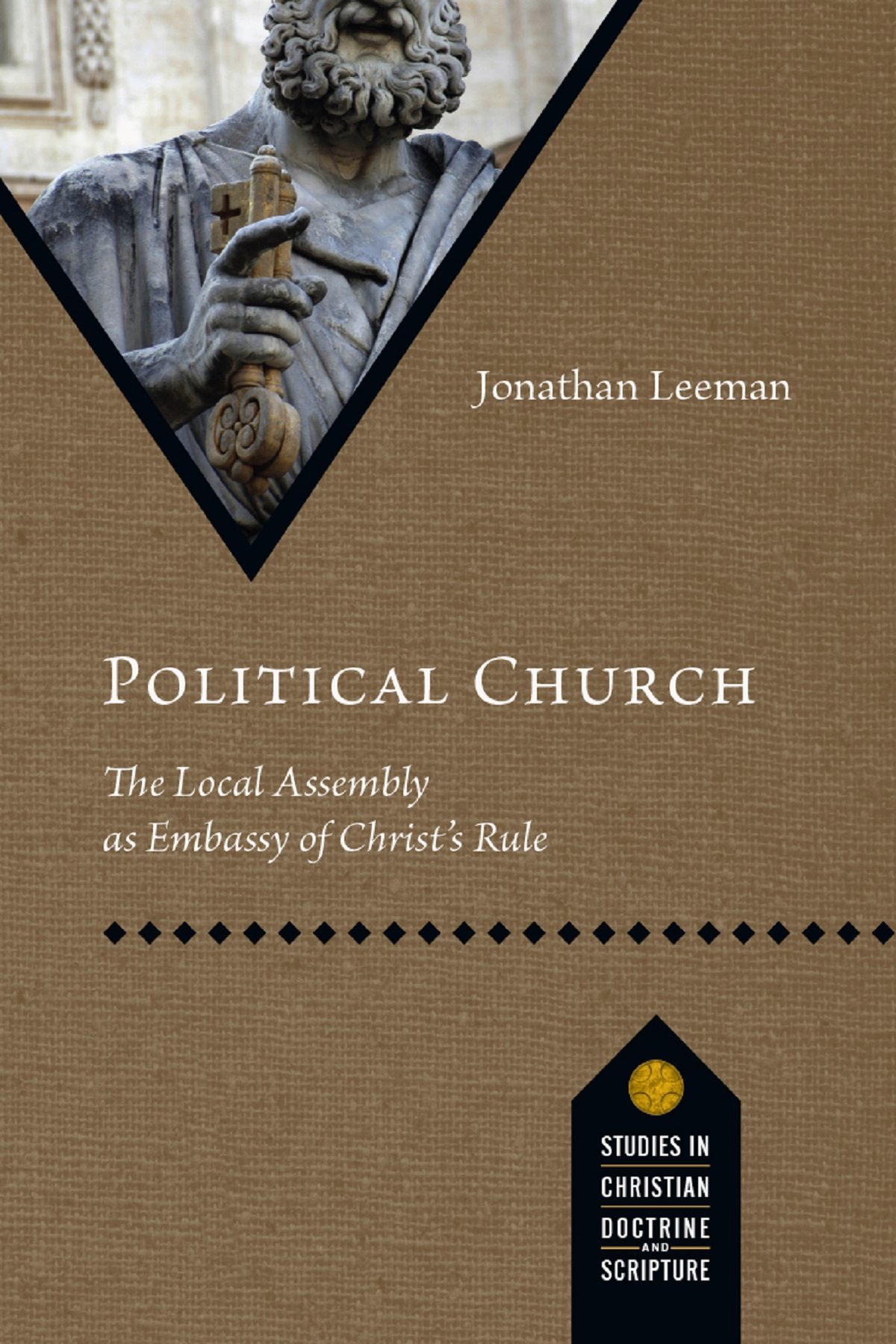 Political Church: The Local Assembly as Embassy of Christ's Rule

Political Church: The Local Assembly as Embassy of Christ's Rule

At the outset Leeman reveals the book’s two main purposes: (1) to dethrone the ruling understanding and assumptions of politics that most Christians hold to as the result of 18th-century democratic revolutions, and, in turn, classical liberalism; and (2) to explain how the local church as an institution understands its role as an embassy of Christ’s rule.

What he attempts to develop is a coherent framework for what it means for the church to be political.

What exactly is Leeman’s argument? “The church’s most powerful political activity is being the church and proclaiming its unique message,” he explains. “The church wields the keys of the kingdom in order to speak on earth by affirming the what and the who of the gospel” (14). [Leeman expands on this argument in a recent TGC interview.] Moreover, through Jesus’s offering of the “keys of the kingdom,” the local church is authorized as “a public assembly that publicly represents King Jesus, displays the justice and righteousness of the triune God, and pronounces Jesus’s claim upon the nation and their governments” (22). The congregation, then, is where God’s rule is “institutionally expressed.”

Leeman makes use of biblical covenantalism, a framework he believes makes his approach more receptive to evangelicals. He also advances his thesis by underscoring the importance of institutions:

Political Church is structured with lengthy chapters about the nature of politics, the meaning of institutions, and the politics of creation, the fall, the new covenant, and the kingdom.

Any serious student of Scripture can hardly find major disagreement with Leeman’s focus on the local church as the center of Christian political identity. And it’s here that his work is most welcome. Leeman’s reliance on Oliver O’Donovan’s call for the church to develop a “fuller political conceptuality” may be the most pressing need for the evangelical church right now. In both its institutional and political capacities, Leeman builds from the ground up an evangelical political theology. This is needed in our day because properly anchoring one’s political identity is the fulcrum for determining proper ethics and the proper mission.

In short, Leeman summons Christians back to their primary political vantage point. The portrait of politics as primarily a democratic task is cast aside and in its place is a robust portrait of the church as a living, breathing political institution whose claims are a direct assault on the claims made by today’s nations, kings, and legislatures.

One area of strong agreement and helpful clarity is Leeman’s discussion on how, for example, neo-Kuyperians (which I consider myself) often give short shrift to questions of institutional scope. He charges that proponents of this type of Christian political program “tend to stop short of institutional questions such as who has authorized whom to do what, where the lines of jurisdiction and membership fall, and how these structures in turn shape the identities of the actors” (48).

I found Leeman’s probing quite helpful here as a necessary pushback against wielding Abraham Kuyper’s “square inch” quote without considering what the precise nature of Christ’s rule is and how it finds expression. Additionally, Leeman does a wonderful job of analyzing a biblical theology of politics, much like one sees with O’Donovan (but far more readable).

Readers will be surprised and aided by Leeman’s anti-modernism—that is, by the suspicion he casts on classical liberalism’s placement of religion into one sphere and politics into another. These spheres are much more co-dependent than modernism will allow, which should lead us to question political assumptions and help rebuild a Christian political witness.

Let me be clear: Leeman argues for religious liberty, but from a decidedly theological angle and less from the grounds that government is designed to be religiously “neutral.” In his view, religious neutrality is impossible. Every moral action springs from some type of religious worldview.

Thus, Leeman is less concerned about the government’s competence in religious affairs and more about limiting government’s involvement with religion since it lacks the institutional authority to make accurate religious pronouncements. I both agree and disagree with elements of Leeman’s views on religious liberty.

A warning and recommendation: Political Church is an intensive, in-depth theological work that non-specialists unfamiliar with academic theology and political philosophy could find challenging. That said, the payoff from investing the time to digest and familiarize yourself with the contents and categories will be deeply rewarding.

Anyone interested in the future of evangelical political theology will find Leeman’s work required reading for many years to come.