John Stackhouse Jr., professor of religious studies and dean of faculty development at Crandall University in Moncton, New Brunswick, has recently released Partners in Christ: A Conservative Case for Egalitarianism. Throughout the book, Stackhouse treats the term “complementarian” synonymously with “patriarchal” (12), and “egalitarian” synonymously with “feminist” (14). As the title suggests, Stackhouse identifies as an egalitarian (and evangelical) and aims to show how one can be both authentically feminist and authentically Christian (14). The Bible, he insists, isn’t anti-feminist; it’s pro-feminist.

How does he reach this conclusion? 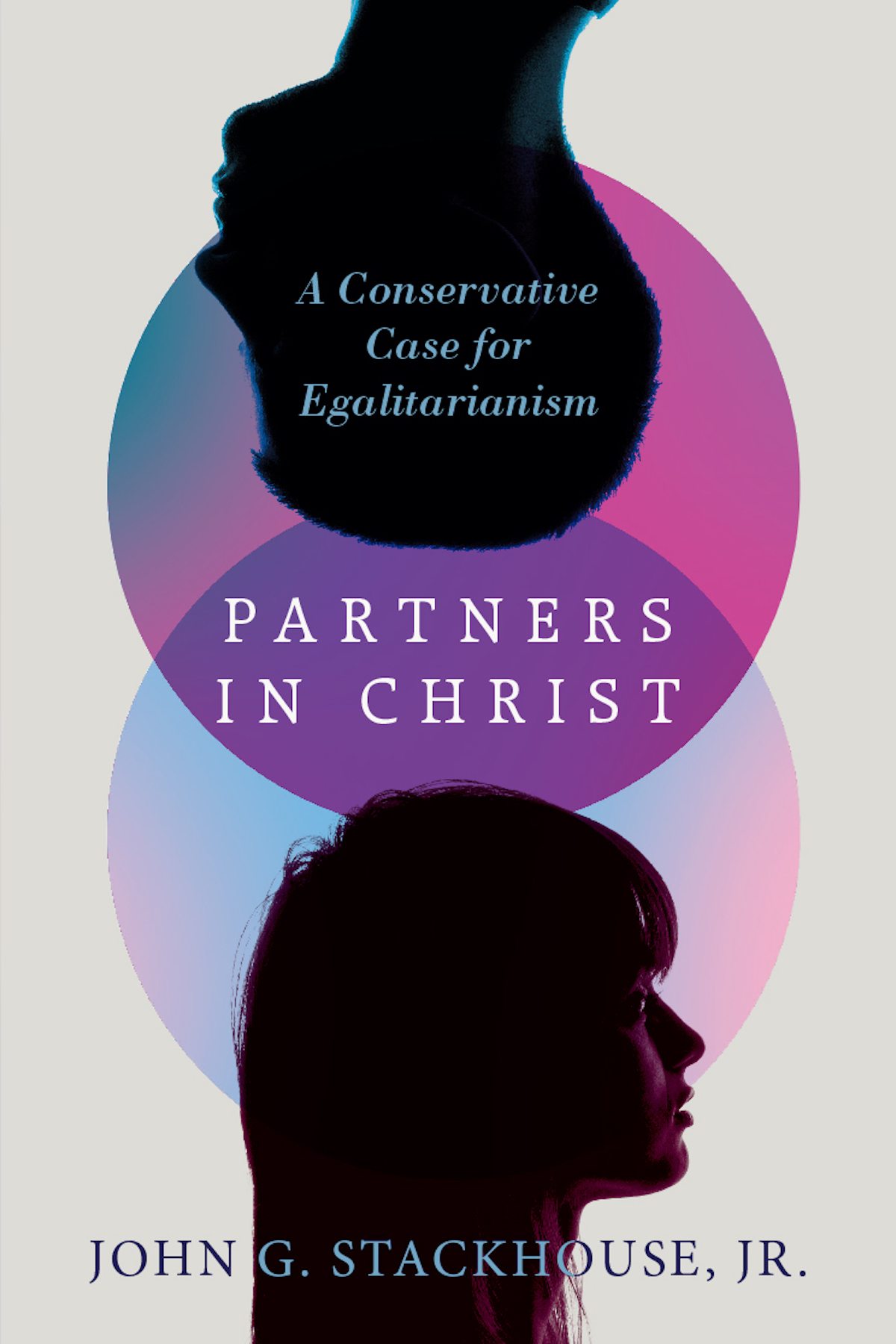 Partners in Christ: A Conservative Case for Egalitarianism

Partners in Christ: A Conservative Case for Egalitarianism

Stackhouse argues that the phenomenon of patriarchy pervades the Bible, and that God doesn’t approve of it (81). Nevertheless, God accommodates his message within existing patriarchal cultures so that the gospel will keep moving forward (71). We should trust God to do his work in and through us, no matter the structures with which we must temporarily comply (121). Yet alongside this patriarchy, we also see glimpses of non-patriarchy (e.g., Jesus repeatedly crossing the gender lines of his culture, 48). These “glimpses” anticipate what is to come.

When a society reaches the point of embracing egalitarianism—like North America today—patriarchy (i.e., complementarianism) should be eradicated, Stackhouse says. The church in the West should join society and stop teaching restrictions on female leadership in the home, church, and society. For him, the scandal of not joining society impedes both evangelism and edification (71).

Stackhouse appeals to two examples to support his argument, beginning with the change in Christian teaching on slavery (72). Yet he ignores the significant differences between the biblical practice of slavery and the more recent American practice of slavery. He then appeals to the obedience of children to their parents, something that’s left behind when the child becomes an adult (74). While he’s right to recognize the gradual change in the parent/child relationship, I find it hard to see how this example helps his argument.

I found chapter 11 most confusing. Stackhouse seems to suggest that Paul misinterprets Genesis 1 and 2 when he picks them up in 1 Corinthians 11 and 1 Timothy 2 (82–83). It left me wondering, If I can’t trust Paul’s interpretation of Genesis, why would I trust any of Scripture? And on what grounds could I trust Stackhouse is more reliable than Paul on this issue? It’s especially hard to reconcile this claim with Stackhouse’s earlier insistence on the infallibility of Scripture (19–20) and his conviction that Scripture doesn’t contradict itself (50). His understanding that women were to be silent and not teach—yet could pray or prophesy since prayer and prophecy didn’t require formal education—is unconvincing (68). This isn’t the reason Paul gives for his teaching on this issue, and Stackhouse doesn’t give due attention to the reasons Paul does provide. Nor does he acknowledge that the example of Prisca teaching Apollos occurs in a private context rather than a public one (71). Stackhouse fails to give sufficient weight to the authority of what’s actually said in the inspired apostolic texts.

Despite these serious misgivings, there’s much I appreciated about Partners in Christ. Stackhouse’s personal desire for humility and his challenge to readers to be teachable is commendable (32, 40). We all need to heed this challenge as we sit under Scripture’s authority together. He charitably recognizes that many intelligent people hold different opinions on this issue, and he encourages us to assume intelligence and faithfulness in other approaches rather than summarily consigning others to hell (10). His commitment to advancing the gospel (51, 170) is praiseworthy and something missing from this discussion. I also appreciated his overall gracious manner, his conversational style and readability, his willingness to critique both complementarians and egalitarians (84), his stated conviction that God speaks both what is right and what is good (21–22), and his recognition that these issues are not just women’s issues but human issues (124).

One of the book’s high points is Stackhouse’s brief discussion of Christian freedom (61–64). We have the freedom to choose not to enjoy our liberties and to forego whatever necessary in order to further the fundamental message of the gospel—deliverance from sin and death, reconciliation to God, and eternal life through Jesus Christ our Lord (63–64). In a book that aims to promote women’s rights, this “relativizing of all our rights” is especially refreshing and an important truth often neglected in the discussion.

Stackhouse also proves that he understands what many women think and feel—egalitarian and complementarian alike—when he says he wants women to keep telling men what they find difficult about this issue. He recognizes this is hard for many women since they don’t want to be perceived as whiners or as those trying to set an agenda. He concludes the book by urging men to create safe places and occasions where women can say hard and confrontational things that tell the truth about how things really are (174–177).

Partners in Christ highlights the need for more writing on positive complementarianism at both a scholarly and a popular level. I certainly didn’t always identify with what Stackhouse saw as complementarianism; nevertheless, this discussion needs to continue without caricature in the same irenic tone Stackhouse has adopted.

And as it does, both sides need to take serious both the authority and the goodness of the words God has given us.

Jane Tooher serves on the faculty of Moore Theological College in Sydney, Australia, where she lectures in ministry and directs the Priscilla & Aquila Centre, which aims to encourage women in ministry in partnership with men.