There’s something rather odd about reviewing a Tim Keller book on behalf of the organization he co-founded. Praise it and you risk appearing obsequious; criticize it and you risk appearing rude. The measured option, in principle, should be to provide a balanced appraisal that combines credit and critique in roughly similar measure. But as I was reading Keller’s latest book, Making Sense of God: An Invitation to the Skeptical [20 quotes | interview], I realized I had to bite the bullet, and run the risk of seeming obsequious.

Not only is this book classic Keller, it’s also superb, timely, insightful, and much-needed.

Making Sense of God is essentially a book of pre-evangelism, with bits of evangelism peeking through every now and then. Introducing it, Keller explains that for many, his The Reason for God didn’t go back far enough—it assumed Christianity was worth engaging rather than being dismissed as irrelevant, superstitious, superfluous nonsense—and therefore a subsequent work explaining why Christianity should even be considered in the first place was required.

Keller explains that for many, The Reason for God didn’t go back far enough—it assumed Christianity was worth engaging—and therefore a subsequent work explaining why Christianity should even be considered in the first place was required.

Keller, pastor of Redeemer Presbyterian Church in Manhattan and vice president of The Gospel Coalition, begins by explaining why two standard reasons for ignoring Christianity altogether don’t hold up: Christianity is neither slowly disappearing (ch. 1) nor a faith-based alternative to a reason-based secularism (ch. 2). In the main central section, he offers a vision of the Christian life that, he argues, proves more robust and satisfying than secularism when it comes to things like meaning (ch. 3), happiness (ch. 4), freedom (ch. 5), identity (chs. 6–7), hope (ch. 8), morality (ch. 9) and justice (ch. 10). Finally, in what’s effectively a summary of the second half of The Reason for God, he presents a more rational case for believing in God (ch. 11), and in the Christian God specifically (ch. 12). 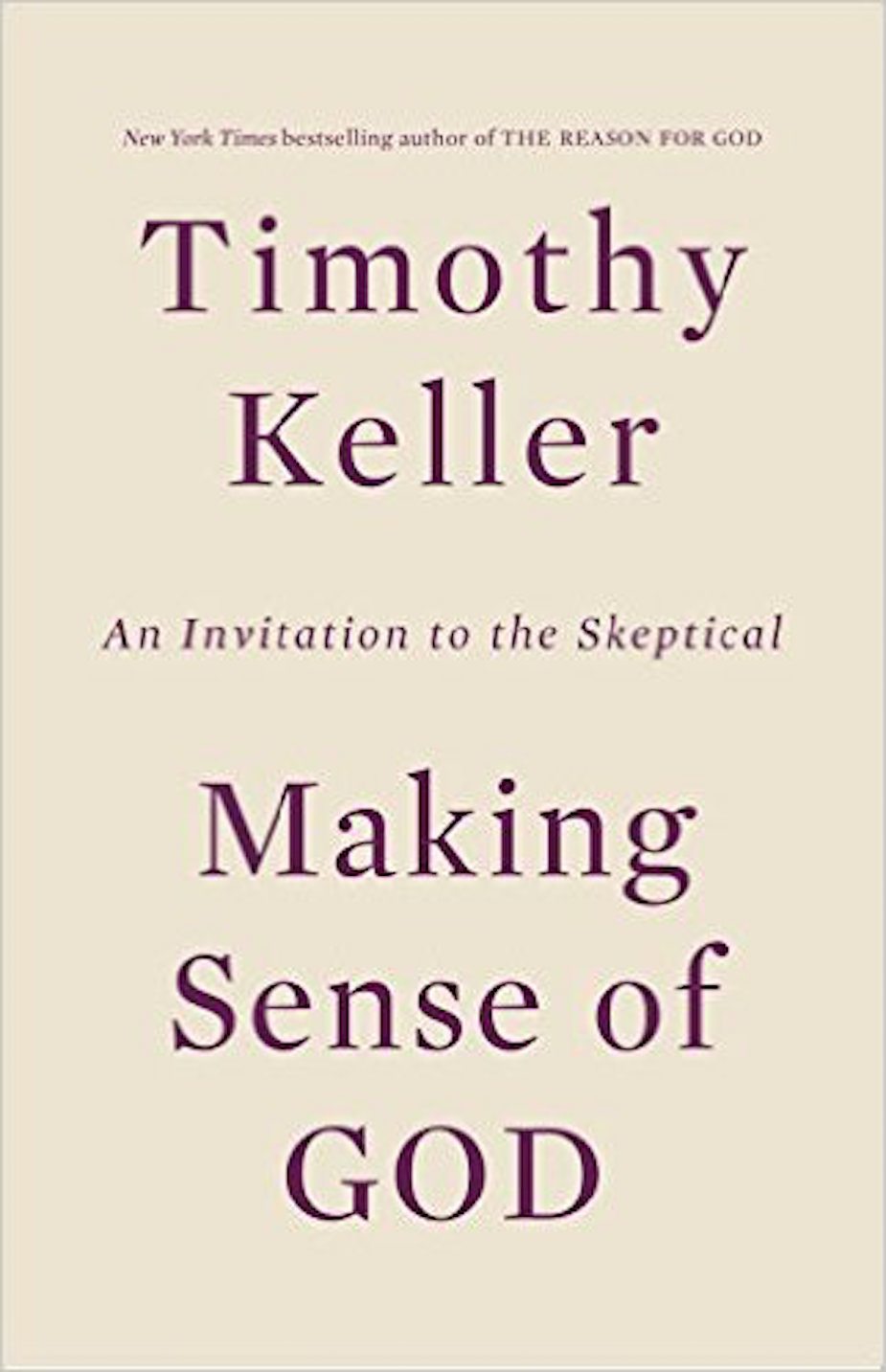 If you’ve read Keller’s other books, you’ll already know what to expect. The irenic tone; the generous sprinkling of quotations from Mark Lilla, Peter Berger, Robert Bellah, and Charles Taylor; the footnotes that deserve to be made into a book of their own (seriously, someone should do that, like an album of B-sides); the mixture of pop and high culture references; the careful efforts to represent an argument or position well before responding to it; even the font. For those who’ve encountered this formula before and decided it doesn’t work for them, this book may not be for you. For everyone else, it will serve you magnificently.

Keller excels in identifying exactly why people choose not to engage with Christian belief. You can usually tell whether apologist have learned apologetics from other Christians, or whether they have mainly learned it through lots of interactions with ordinary secular people; Keller is clearly the latter. So, in his chapter, “A Meaning that Suffering Can’t Take from You,” he recognizes that for many, the question of life’s “meaning”—often used as a jumping-off point in Christian evangelism—isn’t even a question. Through a mixture of modernist progress, postmodern critique, irony, pragmatism, and even capitalism, the notion of there being a “meaning” to life in the first place has been subverted. Keller starts there. Instead of assuming Christianity has the answer to a burning secular question, Keller talks to those for whom there’s no burning question. When he then sketches a Christian response, arguing that the difference between religious and secular approaches isn’t between meaning and meaninglessness, but between discovered meaning and created meaning, it’s far more compelling.

You can usually tell whether an apologist has learned apologetics from other Christians, or whether they have mainly learned it through lots of interactions with ordinary secular people; Keller is clearly the latter.

As such, Making Sense of God isn’t so much a series of answers for those who think they have questions (like The Reason for God) as it is a series of questions for those who think they have answers. Is your source of satisfaction and joy based on something that will last? Where are you grounding your identity, and how robust is it? What story are you living in, and where is it headed? Is the meaning you’ve created for your life consistent with the way the world is? These questions are implicit, rather than stated—which is wise, since they sound intense to the point of being invasive when laid out that way—but they reflect the sort of challenge Keller wants to make to those who dismiss religion as not worth their time.

As a discussion starter, book group theme, or gift for a friend, Making Sense of God would make an excellent choice, provided the usual caveats about reading level are given (the book is certainly more broadsheet than tabloid). But with a Keller book there’s usually a secondary benefit for the Christian reader: a brief yet encyclopaedic introduction to the most important things you should read on various key topics. This is true here, and probably more so than in any previous book of his I’ve read. We’re introduced to important recent works by Jonathan Haidt, Andrew Delbanco, Terry Eagleton, Luc Ferry, Julian Baggini, Thomas Nagel, and many other skeptics and agnostics. In each case, we’re shown how their insights can and should provoke us to consider Christianity carefully, whatever conclusion we come to. Not many books justify their purchase with the footnotes and bibliography alone, but Making Sense of God nearly does.

If I were to insist on being critical, I would suggest the slightly formulaic format can make a great argument seem a bit pedestrian, and the writing is effective rather than beautiful. The title is also a slightly strange choice, given that the book’s intended audience aren’t trying to “make sense of God” in the first place. But Keller’s thoughtfulness, breadth of reading, clarity of argument, and winsomeness of approach far outweigh these minor limitations. This is a book I would encourage both secular people, and anyone trying to help them think about the gospel, to read—and I imagine many will.