Death brings closure, we might say. But surely that’s too nice and neat. Though death may not finally sting (1 Cor. 15:55), it surely jars, jolts, and stuns. Death brings about a stop. And in its own way, disease—a precursor to death—repudiates the ongoing flow of life.

Not for nothing, then, some of the most powerful memoirs of recent years have lingered over the question of death and the stultifying experience of disease. Joan Didion’s The Year of Magical Thinking looked over the death of a spouse and disease of a daughter, noting the jarring and even magical experience of coming to terms with a full stop amid the ongoing rush of life. More recently, Paul Kalanithi’s When Breath Becomes Air portrayed the way disease and death mark out the disruption of life and, simultaneously, the occasion for manifesting what was truly real about the one who lived.

Victor Lee Austin and his wife, Susan, faced disease and then death. In Losing Susan: Brain Disease, the Priest’s Wife, and the God Who Gives and Takes Away, Victor—theologian-in-residence in the Episcopal Diocese of Dallas and Church of the Incarnation—tells the story of that journey and its many disruptions. The word losing in the title is significant. Losing what? We could point to loss of brain functions, bodily activity, vocational aspirations, and eventually physical life. Most significantly, we might attest to the loss of a loved child of God and a beautiful wife, mother, writer, and Christian woman named Susan.

But the story, top to bottom, is a story of loss. It must also be a story of taking away, for it isn’t only a story of human experience but of theological perception, not only of human gain and loss but—as the subtitle reminds us—of divine giving and taking.

The middle of the tale, however, is about distruption. Indeed, brain seizure initiates this new journey (45–47) and serves symbolically to describe how disease—a brain tumor and all the direct and indirect consequences of its presence and treatment—seizes hold of one’s life. The chapter includes a sketch of evil in three takes: It is experienced physically, spiritually, and socially (62–67). Here there are remarkable observations about divine transcendence and the need to avoid the temptation to treat God as simply the largest item in our universe and strongest character in our story. 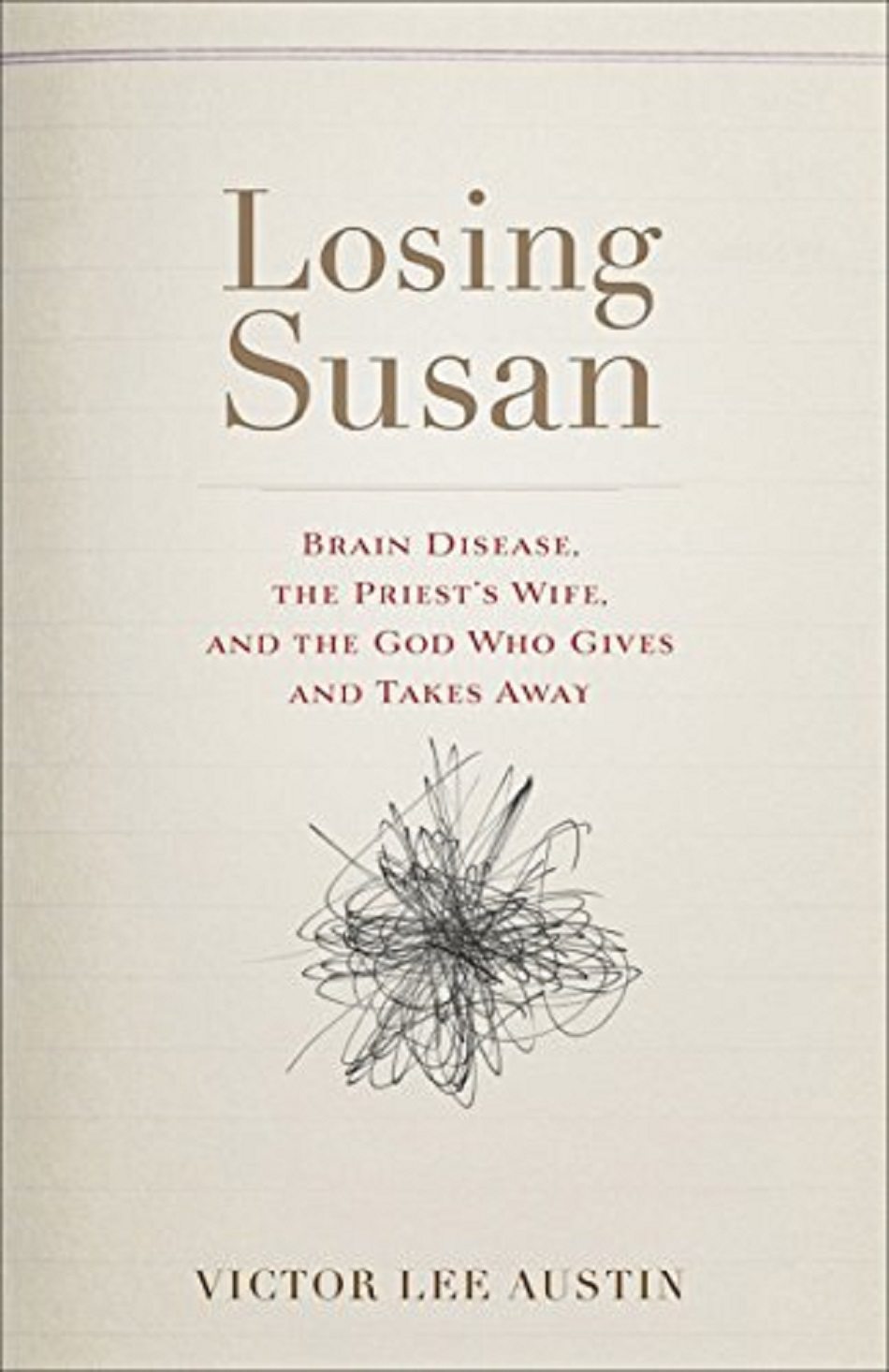 Losing Susan: Brain Disease, The Priest's Wife, and the God Who Gives and Takes Away

Losing Susan: Brain Disease, The Priest's Wife, and the God Who Gives and Takes Away

The story ends with Susan’s final descent into death, spurred by another round of seizures and hospitalizations. The experience is nowhere more clearly stated than when Victor reflects on the “best book in the Bible”—Job—and emphasizes the comforts of Job 42:11. Observing that Job’s brothers and sisters come sympathetically and comfort him for all the evil he had suffered, seeing presence and word as comfort, Victor notes that Susan would never be able to speak to him again (117–118). The companionship and words of fellowship, so dearly won and palpably given in Job’s story, are precisely what disease and the arrival of death rip from our hands. There’s no sight of Victor’s beloved now, though words of faith do conclude the tale:

Susan’s journey has diverged from mine, but at the end we will converge, God willing, with all the saints. And then, if the likes of C. S. Lewis and Susan Austin are right, the real action will begin. (141)

As a concluding epilogue, a story written by Susan appears under the title “To Plumb the Depths of God’s Love” (143–46). You’ll appreciate her literary skill and spiritual discernment in this short essay. And the theme of love draws together the continuity of what may have seemed a choppy story.

In one sense, never noted by the author, it’s not surprising to have a book organized by beginning, middle, and end. But brain disease—and all the facets of death that come with it—challenge that very continuity and structure, don’t they? The sensible shape of that ordinary narrative flow can seem unmanageable. Indeed, that’s the most tiresome frustration voiced by Paul Kalanithi in his own memoir:

Grand illnesses are supposed to be life-clarifying. Instead, I knew I was going to die—but I’d known that before. My state of knowledge was the same, but my ability to make lunch plans had been shot to hell. The way forward would seem obvious, if only I knew how many months or years I had left. Tell me three months, I’d spend time with family. Tell me one year, I’d write a book. Given me 10 years, I’d get back to treating diseases. The truth that you live one day at a time didn’t help: What was I supposed to do with that day?

Whether sick and dying or close to another in that position, navigating one’s place in that storied spectrum can make discernment, wisdom, and prudential judgment seem overwhelming. Disease en route to death not only shrinks one’s life but also affects the very character of that which seems to remain. Victor attests as much in his comments on the propriety and danger of making judgments almost in loco parentis for Susan after she lost executive function (58–59).

How then does such a story take shape as a story with a beginning, middle, and end? This whole memoir is shot through with the words of 1 John 3:14. The one who does not love abides in death, yes. But even in the face of death, love abides. Susan’s epilogue attests that we’re invited to plumb the depths of God’s own love and will never find our way out. And Victor’s narrative attests to the reality that divine love finds its glory, not any limit, in giving shape to human love. It’s a lesson we might have gleaned from Bernard of Clairvaux—that we love God most when we learn to love others in and for the sake of loving him. And that love gives unity and continuity to this story with all its starts and stops.

For those of us still on the journey—diseased or not but all sure to suffer death—this memoir serves as a joyful but realistic testimony. The title may be Losing Susan, but the book concerns that which abides amid and in any loss: the God who gives and takes away.