Another book on leadership?

Admittedly, this was my initial thought when I picked up The Leadership Formula: Develop the Next Generation of Leaders in the Church. There are countless articles, blogs, and books on the topic of “leadership crisis.” But the problem isn’t the absence of leadership so much as the absence of healthy leaders. This is all the more apparent when narcissistic leadership dominates the headlines. Examples of moral failure, scandal, and abuse of power are numerous.

The Leadership Formula by Juan Sanchez is, therefore, a timely addition to the array of books on biblical leadership. 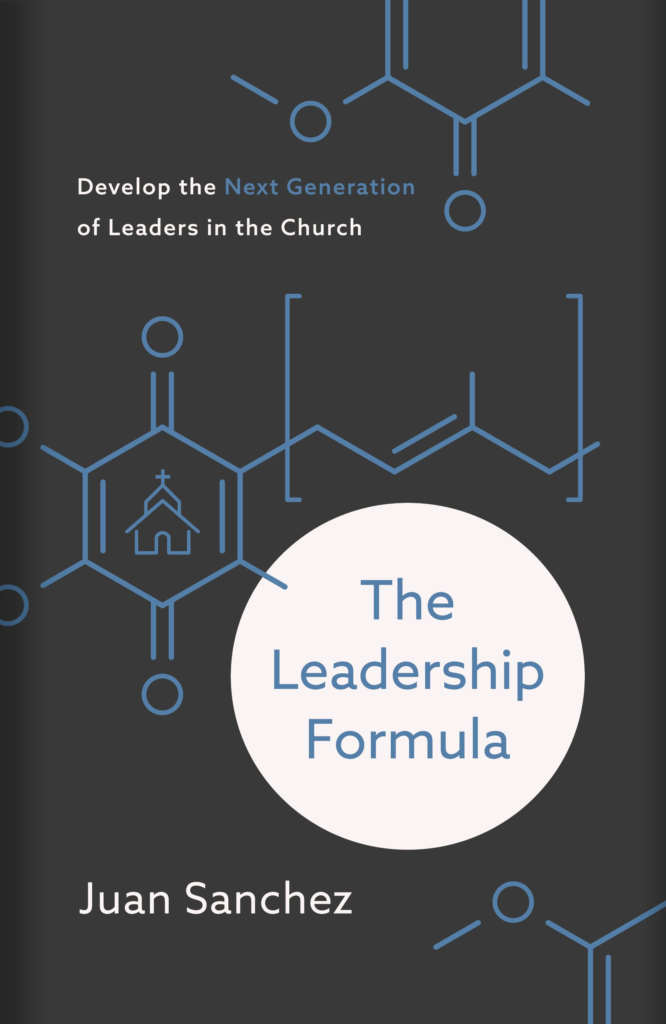 The Leadership Formula: Develop the Next Generation of Leaders in the Church

The Leadership Formula: Develop the Next Generation of Leaders in the Church

We have a leadership problem, and we all know it.

When we look at our churches, we see two glaring problems: a lack of qualified leaders, and a general mistrust of leadership as a response to sinful leadership. But churches need leaders. What do we do?

The answer is in The Leadership Formula.

In the New Testament, qualified leaders are identified by character, conviction, care, and competency. When these four qualities are observed over time, the result is credibility. Pastor and author Juan Sanchez helps readers know what to look for in leaders, how to identify them, and how to commission them in the church, for the sake of the world.

Forming Leaders According to Scripture

Sanchez—pastor of High Pointe Baptist Church in Austin, Texas, and TGC Council member—stresses the leadership formula of character, conviction, care, and competency that develops credibility over time. He admits that plenty of leadership books focus on competencies such as vision-casting and core values. The aim of his book, however, is on raising future leaders. This is a book on pastoral leadership to consider giving to your elders or a young man considering ministry.

This is a book on pastoral leadership to consider giving to your elders or a young man considering ministry.

The title may confuse some readers, since the book is written for pastors and leaders in the context of the local church. The subtitle could also assume it’s more about generational succession. Sanchez writes that the initial audience of the book was for the Hispanic community, but little of it seems culturally nuanced. As a second-generation Korean American, I was hoping he would share specific ways leaders are developed from his cultural context. I have yet to see an ethnic church not struggle with generational issues.

The first two chapters lay the foundation for Sanchez’s understanding that “as God’s image [bearers] . . . we were created to reflect God’s sovereign rule over creation, represent God’s loving care over those under us, and reproduce godly offspring until the whole earth was filled with the glory of God.” Reflecting on the culture of leadership today, Sanchez rightly notes that good leadership stems from God—based on his character and reflecting his image as expressed in loving care.

Sanchez states that the problem of leadership inhabits a spectrum between two extremes of passivity and tyranny, which he demonstrates from Genesis 3. Both passivity and tyranny represent poor substitutes for being God’s kingly image-bearers. While I believe the problems of leadership are larger than the two he suggests, they’re good starting points for all leaders to discuss.

What I appreciate about the order in The Leadership Formula is that it begins with character and emphasizes it over other characteristics. As Sanchez states, “We judge apparent competence, giftedness, and talent. The Bible, on the other hand, emphasizes character over competency.” Scripture provides an example in the selection of David as king after the poor selection of Saul: “For the LORD sees not as man sees: man looks on the outward appearance, but the LORD looks on the heart” (1 Sam. 16:7).

The primacy of character over other competencies is a strong warning in a culture that tends to give leadership roles to the dominant and influential. What Sanchez writes about isn’t new, but it’s a great reminder for ministries in discerning how to select leaders in their congregations. If insanity is “doing the same thing over and over again and expecting different results,” have we not learned that putting competency over character usually ends in disaster?

Sanchez’s emphasis on discipling and developing future leaders in the church is refreshing. He speaks about the discipleship culture and process in his church—including identification, processes, applications, required readings, internships, and a questionnaire. For example, he uses two questions to gauge whom to disciple: Do they regularly share the gospel? and Who are they presently discipling? Sanchez expects himself and his fellow elders to constantly duplicate leadership by identifying and equipping younger leaders. This represents an intentionality and process that’s often missing in churches today.

As Sanchez emphasizes, the leadership formula must be carefully applied over time. He cites the “not a new convert” qualification (1 Tim. 3:6) in cautioning leaders to slow down the process of leadership development in order to observe growth. This slowing down is contrary to our culture, which demands things quick and fast, and a safeguard against needless ministry heartache. I often tell lead pastors that it’s easier to hire a good employee than it is to fire a bad one. The wisdom to slow down and take the time to observe could save your church from a world of difficulty.

I write this during the COVID-19 pandemic, as ministries await to see how to emerge from this unprecedented event. Leaders are needing to adapt like no other time in modern history. But The Leadership Formula is a timely reminder of the things that remain the same: the church, in every age, must raise leaders to faithfully shepherd God’s people.