The first thing to know about In Defense of Plural Marriage is that it wasn’t written with TGC readers in mind.

Published before the Supreme Court’s same-sex marriage decision last year, California Polytechnic State University political scientist Ronald C. Den Otter addresses those “already convinced that our Constitution requires states to give marriage licenses to same-sex couples” (28). His goal is to change hearts and minds about the value of plural marriage. The same reasons requiring marriage be expanded to include same-sex couples should apply, he contends, to “throuples” and “moresomes” as well.

Since restrictions based on gender and number treat citizens unfairly, Den Otter advocates for a marriage regime that would allow people to craft their own definitions of marriage. The government should provide citizens a “menu” of relationship possibilities.

Because there’s no core definition of what marriage is, Den Otter’s restrictions are few. One must be a competent adult who voluntarily wishes to enter into some sort of legally recognized agreement with one (or more) person(s), for whatever purposes they desire, for however long the arrangement suits them. Thus a “marriage” may include sexual intimacy, but it need not. It may involve two or more people of whatever gender and family relation (yes, this includes the possibility of incest). It may be for life, or for a while. It may be for love, or for common hobbies, or for financial advantage.

Whatever the potential problems one might worry about with plural marriage, Den Otter responds by insisting those problems already exist. He extends to plural marriage enthusiasts Willie Nelson’s quip in support of same-sex marriage: “Why shouldn’t they be as miserable as the rest of us?” Den Otter’s primary argument is that marriage is what you make it, and if the government is in the marriage business, it cannot privilege some conceptions of marriage over others.

Given his premises, Den Otter’s argument is persuasive. That is to say, if there’s no essential or natural definition of marriage (173); if the Constitution is best understood as what liberal political theorists think it should mean rather than what it actually says (6); and if it’s unfair to insist on one moral vision for politics is a matter of subjective opinion (115), then it does seem arbitrary and unconstitutional for anyone to insist “marriage” has a necessary ingredient or boundary line. 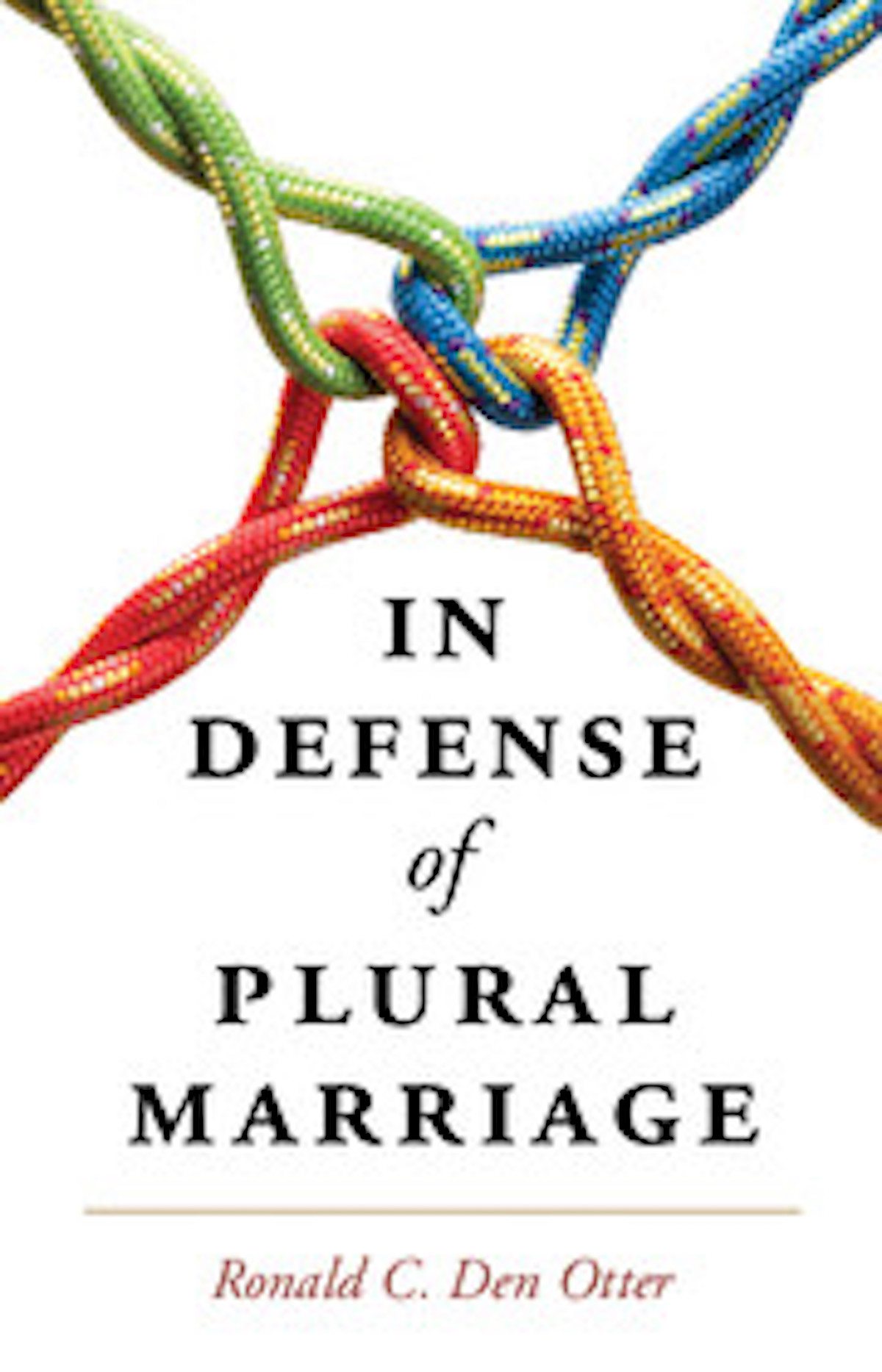 In Defense of Plural Marriage

In Defense of Plural Marriage

There are many “ifs” in the book. We might even ask why arbitrariness should concern us if there’s no objective concept of the good life that disfavors arbitrariness. And it bears noting that Den Otter argues in earnest what traditional defenders of conjugal marriage have been predicting for some time. If revisionists succeed in redefining legal marriage so government no longer recognizes the complementarity of one man and one woman, then there will be no principle in theory or obstacle in practice to confine “marriage” to two persons. One person’s slippery slope is, for Den Otter, a welcome waterslide.

Faithful Navigation in an Unfaithful Age

Reductio ad absurdum is the Latin term for an argument that tries to show a line of thinking’s conclusion is so extreme that the whole thing cannot be true. To argue that defining marriage as exclusively about meeting the emotional and sexual needs of adult would require group marriage and even incestual marriage—as if those things are bad—is reductio. X necessarily leads to Y, but Y certainly cannot be right, so we shouldn’t accept X. It can be a jolt, then, when someone responds not by pausing at the prospect of X but instead enthusiastically embracing it.

What’s disconcerting about In Defense of Plural Marriage isn’t that it’s from an elite university press or that its author can cite several scholars sympathetic with his aims. What’s jolting is the recognition that adherents to historic Christian sexual morality are now the outlandish ones.

While there was never a golden age of Christian morality in America, there has been a default moral understanding that provides the baseline for behavior, something that provides the standard where even hypocrisy is the tribute vice pays to virtue. If Christians weren’t already convinced by perceptive observers as Rod Dreher, Russell Moore, and Robert George that this standard has completely changed, Den Otter’s book and the coming popular acceptance of its arguments should seal the deal.

It would be a mistake, however, to see the seismic shift as tragic simply because it will make things more difficult for Christians. Most Christians throughout history have navigated indifferent or hostile cultures while remaining faithful to biblical convictions. Many today in other parts of the world face far harsher opposition than American Christians will in the next few decades. If Den Otter’s vision becomes a reality, what should truly concern us is the pain and suffering it will bring its victims on account of government-sanctioned libertinism.

Christians and other people of goodwill must do what we can in and out of the public square to offer a healthier prospect for men, women, and children, and to minister to those wounded by the shattered promises of the sexual revolution. There’s no guarantee our culture will continue down its current path; neither is there a guarantee things won’t get much worse before they get better.

Faithful witness in the face of such a prospect requires a long-term and ultimately eschatological perspective—a posture calling for the careful tending of our own families, compassionate and welcoming friendships with neighbors who don’t share our convictions, and a reliance on a redeeming God who not only authored our nature, but took it upon himself.

​Micah Watson is an associate professor of political science at Calvin College.