Hollywood movies like Taken infect our understanding of human trafficking with notions of kidnappings on distant shores and a rogue FBI agent saving the day. But is that an accurate picture? What if a human-trafficking victim was a member of your youth group? Is that even possible? Raleigh Sadler, founder and executive director of Let My People Go, says it is.

Sadler tells the story of Anna, a 17-year-old girl trafficked for sex by her boyfriend. Every Sunday, she sat in the back of a neighborhood church. When Sadler asked Anna how her congregation served her during her exploitation, she laughed. “No one noticed anything. Everyone thought I was happy.”

How many Annas are sitting in your church pews?

In 2013, Sadler founded Let My People Go to equip churches to fight human trafficking in their communities. In his book, Vulnerable: Rethinking Human Trafficking, he offers an extensive discussion of human trafficking and how the church is uniquely qualified to address the problem.

Sadler defines human trafficking as “the exploitation of vulnerability for commercial gain.” Human trafficking, he asserts, can happen anywhere, “because there are vulnerable people everywhere” (3).

Vulnerable people can be lonely teenagers, a homeless mother desperate for shelter, or an illegal immigrant brought here under false pretenses. They can be runaways—children fleeing physical and sexual abuse in their homes. Their vulnerability places them on a collision course to encounter human traffickers, who are actively looking for them. 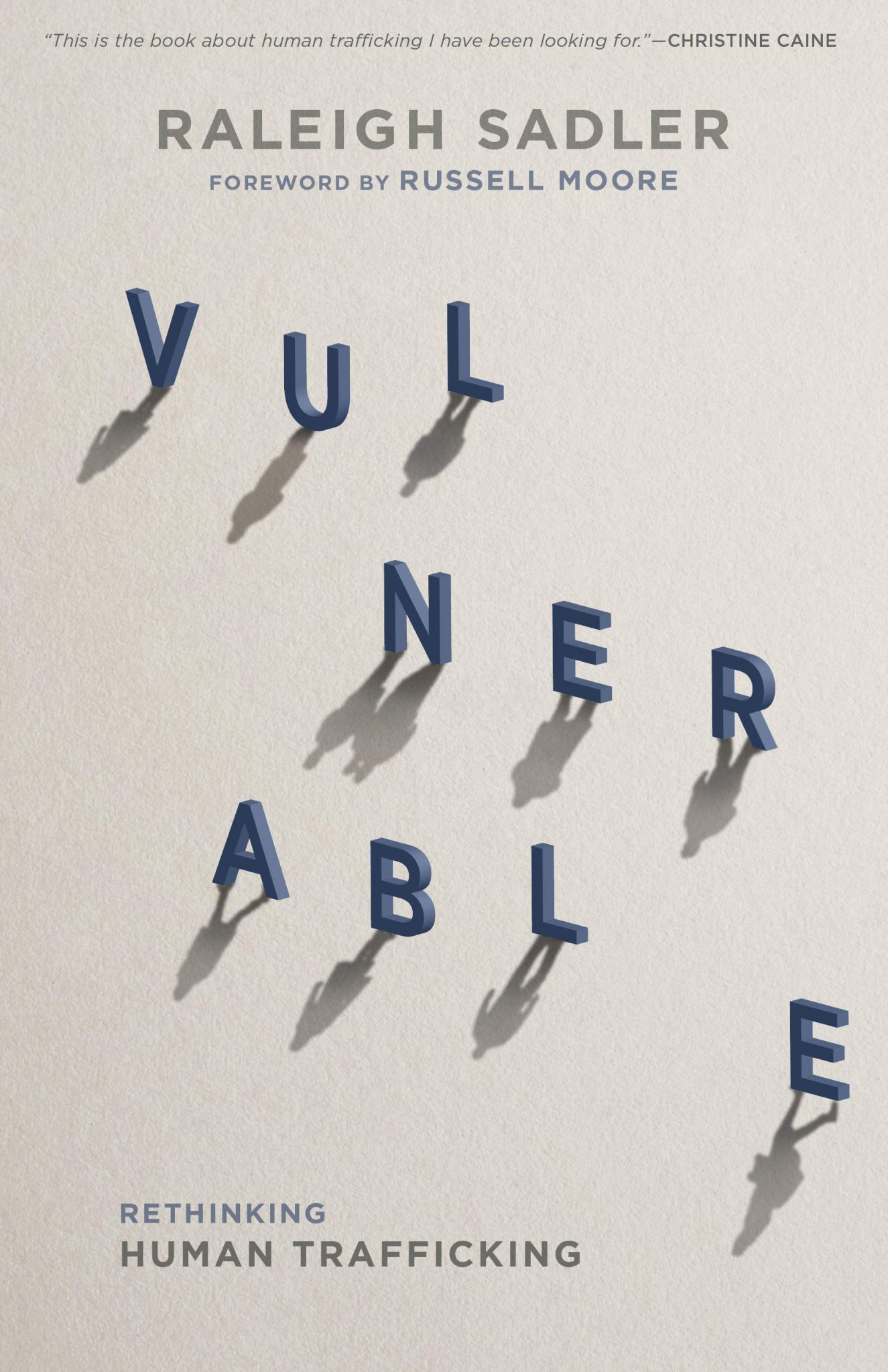 There are more than 40 million enslaved people in the world today. This is overwhelming. A number so large leaves us asking, What could I even do to help? In his book Vulnerable: Rethinking Human Trafficking, Raleigh Sadler, president and founder of Let My People Go, makes the case that anyone can fight human trafficking by focusing on those who are most often targeted. This book invites the reader to understand their role in the problem of human trafficking, but more importantly, their role in the solution.

Traffickers aren’t “thugs” dressed in black leather jackets. Instead, they can be teachers, intimate partners, or family members, even parents. They use force, fraud, and coercion to manipulate their victims. Traffickers often threaten violence to other family members or deportation to keep the vulnerable working for them. The chains they employ aren’t physical but psychological, yet they are just as real and effective.

Vulnerable is written for the reader who is anguished and angry about human trafficking but has no clue what to do. How do we launch a fight when the person we seek to help is invisible, even though she may be sitting right beside us?

Vulnerable is written for the reader who is anguished about human trafficking but has no clue what to do.

We must recognize that many who are vulnerable to human trafficking are people we don’t readily associate with human slavery: the homeless, the poor, and children in the foster-care system. In the quest to be a “voice for the voiceless,” we sometimes don’t hear or see the people who need our help. Sadler challenges us to open our eyes:

We need God to open our eyes to the vulnerability right in front of us—on our commutes, in our neighborhoods, and yes, even in our churches. . . . When we intentionally throw ourselves into the paths of foster children, immigrants, and the homeless, for example, we will find ourselves naturally doing the work of prevention, intervention, and aftercare all at once. (109–10)

Vulnerable offers practical tools to help churches and individuals address human trafficking in their communities. The appendix offers “100 ways you can fight human trafficking today,” which include book, website, and video suggestions as well as trustworthy organizations dedicated to ending human slavery.

One of the great strengths of Vulnerable is Sadler’s comprehensive approach. He gives a clear understanding of what modern-day slavery looks like in the United States, but he also drenches his thoughts in robust theology, and his insights are often profound.

“Vulnerability, or the perceived weakness, is actually not a result of the fall, but rather a gift of God to aid us in loving God and serving others,” he writes. “The fall did not produce vulnerability; it produced the exploitation of vulnerability” (120). Vulnerable people can be exploited because someone promised them food, a safe place to stay, or a job—things they desperately need for survival.

Where’s the God of Justice?

I’ve seen firsthand the ravages of human trafficking on a young soul. I’ve heard their stories of praying to die rather than face another day of torment at the hands of multiple abusers. It conjures up the age-old question: “Where is the God of justice?” (Mal. 2:17).

Gary Haugen, president of International Justice Mission, gives a moving answer in his book Terrify No More, which Sadler includes in Vulnerable:

The more I come to know him, the harder it has become for me to ask such a God to explain where he has been. In fact, surprisingly, I don’t generally hear victims of abuse doubting the presence of God either. Much more often I hear them asking me, “Where have you been?” (83)

If you’re angry about the injustice of human trafficking, pick up this book and learn to do something about it.

5 In Praise of Uncomfortable Friendships