Helped in recent years by Mark Noll’s The Scandal of the Evangelical Mind, evangelicals are increasingly aware of the need to engage intellectually at all levels of culture. Simple awareness, however, has not entirely solved the problem. Enter David Dockery and Timothy George’s book, The Great Tradition of Christian Thinking: A Student’s Guide. Dockery, president of Union University in Jackson, Tennessee, and George, founding dean of Beeson Divinity School in Birmingham, Alabama, argue that Christians today—especially Christians situated in the academy—are in danger of losing their grip on the riches of the Christian intellectual tradition. The primary aim of the book, then, is to help remedy the intellectual amnesia of contemporary Christianity as it relates to its past, and introduce students (and others) to the intellectual wealth of the church with a view to resourcing the church in the present.

The Great Tradition of Christian Thinking is the introductory volume in a forthcoming series from Crossway titled “Reclaiming the Christian Intellectual Tradition”—a series dedicated to “providing an overview of the distinctive way the church has read the Bible, formulated doctrine, provided education, and engaged in culture” (11). The series, like the present volume, is especially designed with Christian students in mind, as well as those associated with college and university campuses.

Consisting of five chapters, the book is short (only 96 pages of main text), yet it covers a sweeping amount of historical ground. Dockery and George explore the Christian intellectual tradition as found in the Jewish tradition, the apostolic witness, the apostolic fathers, Justin Martyr, Irenaeus, Tertullian, the Alexandrians (Origen, Clement, Athanasius), and the Antiochenes (Theodore, Chrysostom)—all in 16 pages! Chapter two continues the survey, moving from Augustine to the medieval tradition, to Aquinas, to Luther, to Erasmus, to Calvin, and finally concluding in the expansion of Christianity into the global south. Dockery and George view the sweep of this history as a single river of thought—united and cohesive. They conclude the second chapter by calling for a renewed commitment by Christians to re-engage this tradition, allowing it to shape not only biblical and theological understanding, but also philosophy, art, music, literature, drama, and so forth. 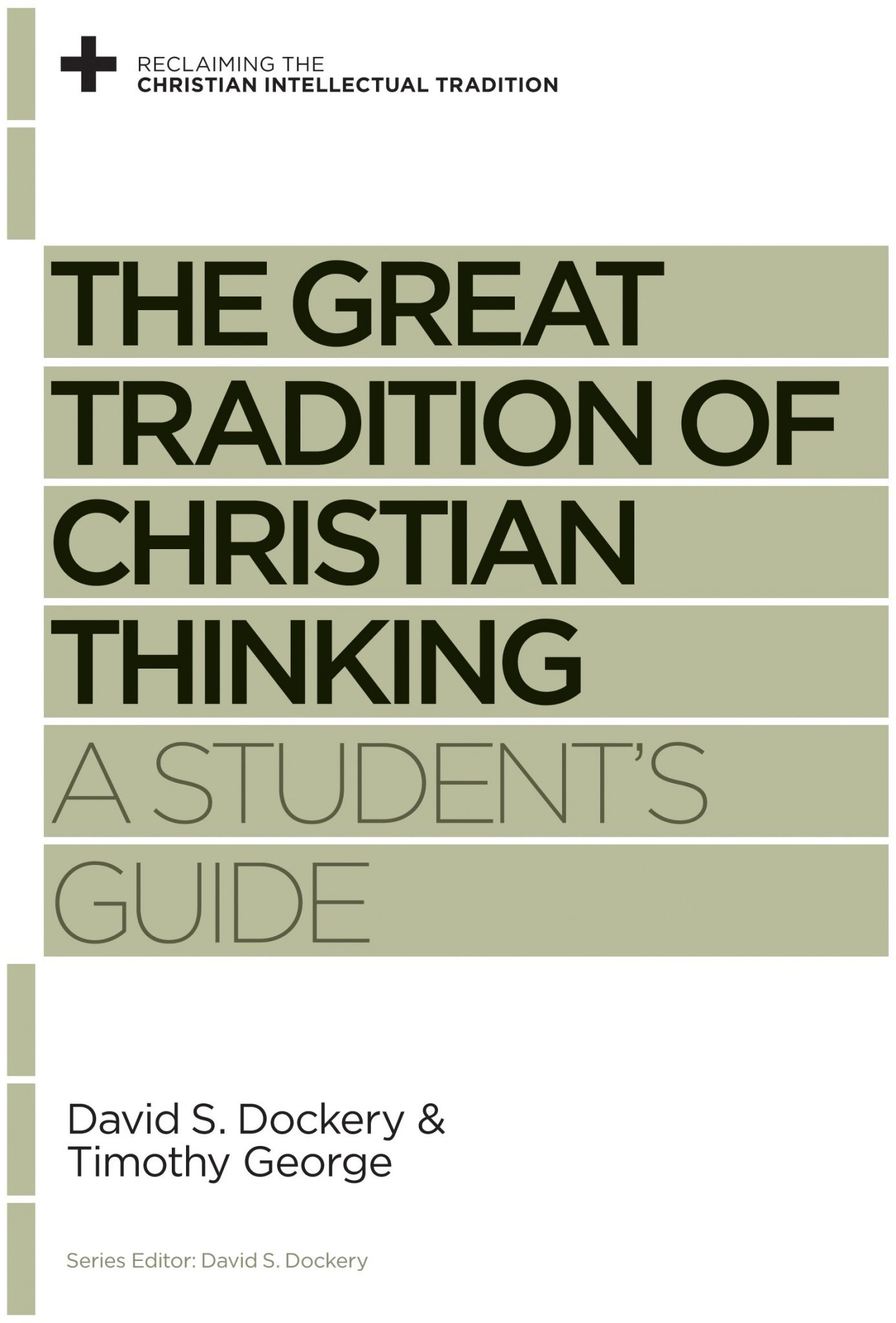 The Great Tradition of Christian Thinking: A Student’s Guide

The Great Tradition of Christian Thinking: A Student’s Guide

A college education becomes truly meaningful when faith affects what happens in the classroom every day. Toward that end, David Dockery and Timothy George have written this compelling case for the role of the Christian intellectual tradition in a serious liberal arts education. Surveying the long-standing history of Christian thinkers―ranging from the Apostles to the Reformers to the 21st century’s greatest theologians―this book introduces readers to the distinctive way that Christians through the years have read the Bible, formulated doctrine, provided education, and engaged the culture.

Those concerned about the state of the Christian university will resonate strongly with Dockery and George. The Great Tradition of Christian Thinking does a fine job of showing how the broad catholicity of the church throughout history has not only provided resources for past ages, but also for those who follow in their wake. Without careful attention to the past, we are impoverished in our efforts to face the present and future.

The book’s central thesis has application for all sectors of Christianity, but will be especially relevant to evangelicals, given our (not entirely unhelpful, but often problematic) bent toward pragmatism. A church or academic institution that builds itself around practices that ensure short-term success too often borrow from the future to fund the present. Dockery and George’s book is a helpful reminder that the church must think broadly and carefully about who we are, the nature of our mission in the world, and how we go about this mission—and that all of this must be considered in conversation with the full scope of the church’s history.

My one critique of the book is that it loses its way regarding audience. At times the book is clearly written, as the subtitle indicates, to students (i.e., short size, introductory level, explanation of terms such as “Reformation” in glossary, etc.). But at other times the book is clearly addressed to Christian educators. This is especially true in chapter five, where the student as principal audience drops away entirely and the book becomes exclusively a discussion of what educators can do to re-engage the Christian intellectual tradition in the university. This lack of clear focus regarding audience mitigates the potency of the book. Educators will likely find the book too introductory to be especially useful in effecting the sort of systemic change that Dockery and George are calling for within the Christian academic context. Likewise, students may find it frustrating that most of Dockery and George’s suggestions about how to reclaim the Christian intellectual tradition are aimed at academicians; in the end, it’s not obvious what Dockery and George want a student to actually do in response to their book, beyond knowing that the intellectual tradition exists and should be appreciated.

It’s clear the series intends to be a student’s guide. It would seem that in future volumes, this audience should more intentionally come into focus, and that the points of application be geared specifically toward students. An annotated reading list for students of the most significant voices in the Christian tradition, a list for suggested course work, or information about educational institutions and study centers that explicitly seek to draw upon the Christian tradition, would have been a nice point of application to this volume (and may still be appropriate to include in subsequent volumes).

The Great Tradition of Christian Thinking is a promising start to a needed series. Christianity becomes intellectually (and thus morally) anemic when it fails to mine the resources of its own tradition. Long live Dockery and George’s vision of a church that draws deeply from her past as she faces the challenges of the present and future.

Gerald Hiestand is senior associate pastor at Calvary Memorial Church, in Oak Park, Illinois, and executive director of the Center for Pastor Theologians. He blogs at www.pastortheologians.com.