Theology proper should begin with Christology, argues K. Scott Oliphint, professor of apologetics and systematic theology at Westminster Theological Seminary in his new book, God with Us: Divine Condescension and the Attributes of God. Jesus Christ is the culmination of the self-revelation of God. What we say about Jesus Christ relates to a handful of perennial theological and apologetic questions on how God relates to his creation, and Oliphint proposes a method of understanding divine condescension that doesn’t compromise biblical or orthodox Christianity.

It is difficult to overestimate the significance of Oliphint’s theology of divine condescension. Take for example the problem of explaining apparent inconsistencies in the way Scripture speaks about God: as eternal, but relenting; as omniscient, but ignorant of the future; as impassible, but angry, and so on. A Thomistic approach has favored the transcendent notion of God at the expense of the immanent; free will theism—which includes Arminianism, process theism, and open theism—has favored the immanence of God at the expense of his transcendence. Both options, Oliphint argues, if read through the lens of Christology, as Scripture mandates, imply departures from biblical and orthodox Christology. If Scripture teaches that the eternal, self-existent Logos voluntarily came down and assumed created, human nature while remaining fully God, then God himself may be said also to freely condescend and truly interact with and within the created order, without becoming less than God. The Thomist and the free will theist make unnecessary and unbiblical compromises.

Oliphint’s in-depth study of divine condescension also has important implications for apologetics. Those implications are developed in Oliphint’s inaugural lecture, “Something Much Too Plain to Say,” published in the Westminster Theological Journal in 2006. Oliphint argues that a biblically sound doctrine of covenantal condescension undercuts vast swaths of anti-theistic arguments and inconsistent Christian theologies. The problem is not defending Christian theism against philosophical challenges but understanding it rightly in the first place. If Christ is our theological template, then we can understand creaturely freedom and even the reality of evil as afforded by the voluntary condescension of God.

Oliphint does a good job of beginning to draw out some of the implications of a theology of condescension according to Christology, but he only manages to scratch the surface. In my estimation, divine condescension is basic also for soteriology: the eternal Logos must truly assume human nature without surrendering his divine nature if he is going to redeem human sinners. And since the Bible is the condescended Word of God, condescension is also fundamental for the doctrine of Scripture, and so of everything we know rightly about God. The inerrancy of Scripture is a function of the divine nature of Christ: if the Son of God can humble himself even to the form of a servant, born in human flesh, without losing the divine nature, then there is no room to argue that in revealing his Word in human language God’s Word must surrender its divine nature. 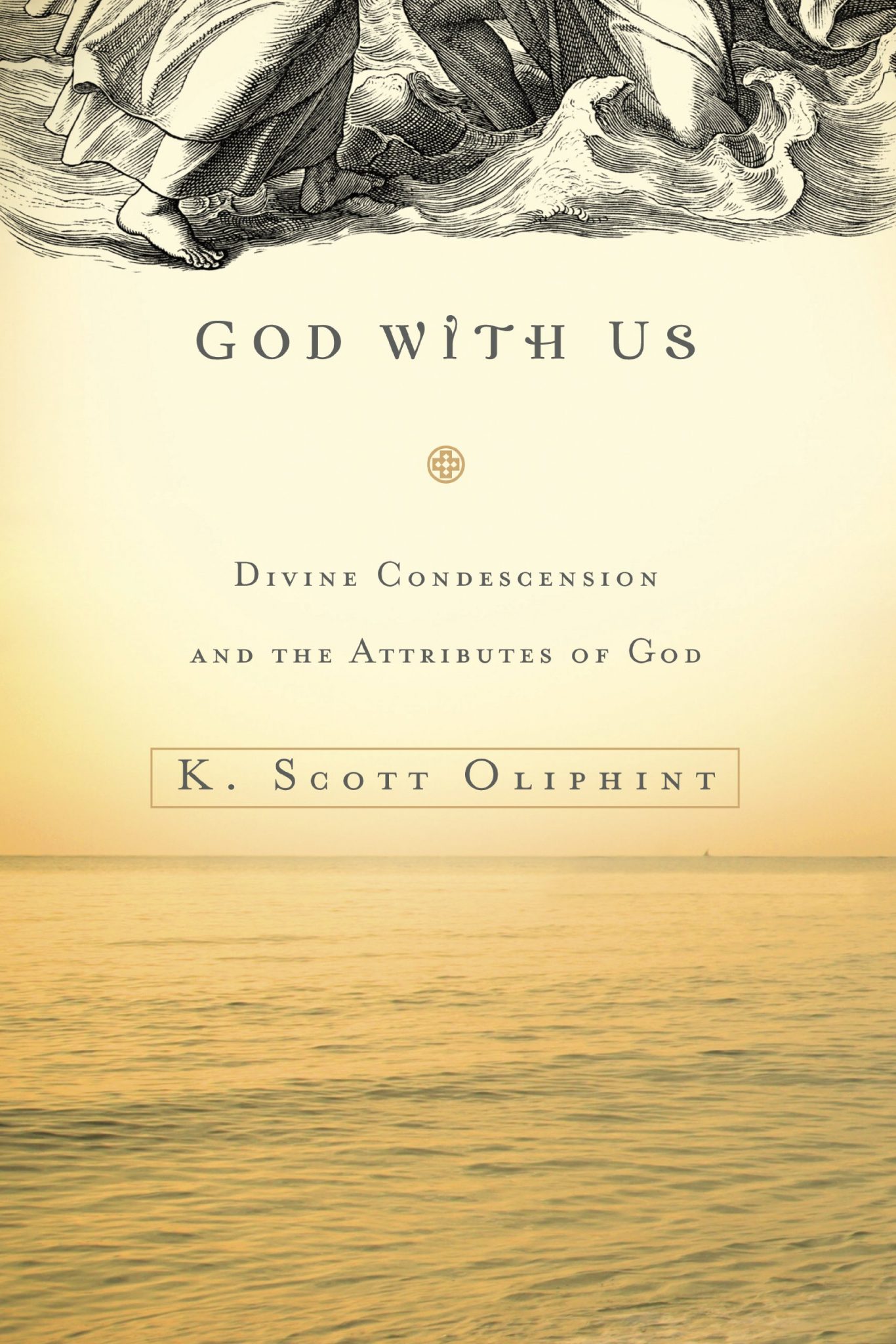 God with Us: Divine Condescension and the Attributes of God

God with Us: Divine Condescension and the Attributes of God

The desire to harmonize God’s attributes with his actions has challenged laymen and scholars throughout the ages. For the Christian mind seeking to understand the nature of God, a fundamental paradox poses a philosophical stumbling block: how can God be both a wholly independent, infinite being yet also be an interactive force in the finite plane of creation? In God With Us, K. Scott Oliphint finds an answer in the person of Jesus Christ incarnate—the manifestation of God and the cornerstone of creation.

To my knowledge there is no other study of divine condescension consistent with Reformed commitments, while there are innumerable accounts of God’s activity in and with respect to the created order that undermine or flat out reject the authority of Scripture or the divine nature of God. I think Oliphint is correct to argue that any such approach is ultimately an affront to the nature of Christ itself and the incarnation, and to the saving work of the Son of God.

Any theology proper which wishes to remain consistent with Scripture must take Oliphint’s proposal seriously. Oliphint’s theology of condescension according to Christ draws the boundaries for orthodox theology proper with striking precision and clarity, and throughout the text, Oliphint demonstrates how a biblically informed theology of condescension is theology’s best defense against skepticism and philosophical challenges. In a nutshell, God With Us offers a robust integration of exegesis, biblical theology, systematics, and apologetics, drawing it all tightly together under Jesus Christ the Son of God.

Nate Shannon earned an MAR and a ThM from Westminster Theological Seminary, and is currently a PhD candidate at the Free University of Amsterdam. He blogs at Philosophy and Theism.