One of the perennial Christian debates is between scholastics and pietists. Scholastics believe you know God through methodical theological study and careful distinctions. For pietists, you know God through simple Bible reading and basic Christian piety. The pietists annoy the scholastics by their refusal to wade into complex theological problems. The scholastics annoy the pietists by expending huge amounts of energy debating how many angels can dance on the head of a pin—who cares?

Ideally, both sides can learn something from the other. We are, after all, called to worship God in truth; therefore debates about divine attributes or the ways God works in the world aren’t abstract and meaningless. They’re essential to understanding God’s character. Similarly, regular reminders to attend to Scripture and simple Christian disciplines are often necessary.

Mark Jones’s new book, Faith. Hope. Love.: The Christ-Centered Way to Grow in Grace, is the kind of work that should satisfy both groups. Written in a catechetical style and organized around 58 questions, the book addresses both seemingly obscure 17th-century Reformed debates and also immediately practical questions such as why adultery is such a horrific, soul-damaging sin.

For example, Jones addresses the question “Is faith our righteousness?” He begins with a discussion of the 17th-century debates sparked by Reformed theologian Jacob Arminius, whose teachings we now know as Arminianism. Here is Jones:

And why does it matter that the ground of our justification is Christ’s righteousness and not ours? Jones answers later in the chapter:

We can have the greatest confidence, then, that at the final judgment we shall enter glory. Why? Because we really possess Christ’s righteousness. God will not—indeed, cannot—deny what is rightfully ours through Christ Jesus.

To put it another way: God could bar us from heaven only if he were prepared to excommunicate his own Son from heaven. As safe as Christ is in heaven, so are his people. Faith, then, is the gracious gift that enables us to have such confidence in Christ.

What begins as an explanation of a debate that can seem academic and removed from the realities of Christian life is revealed to be an immensely practical assurance of salvation. 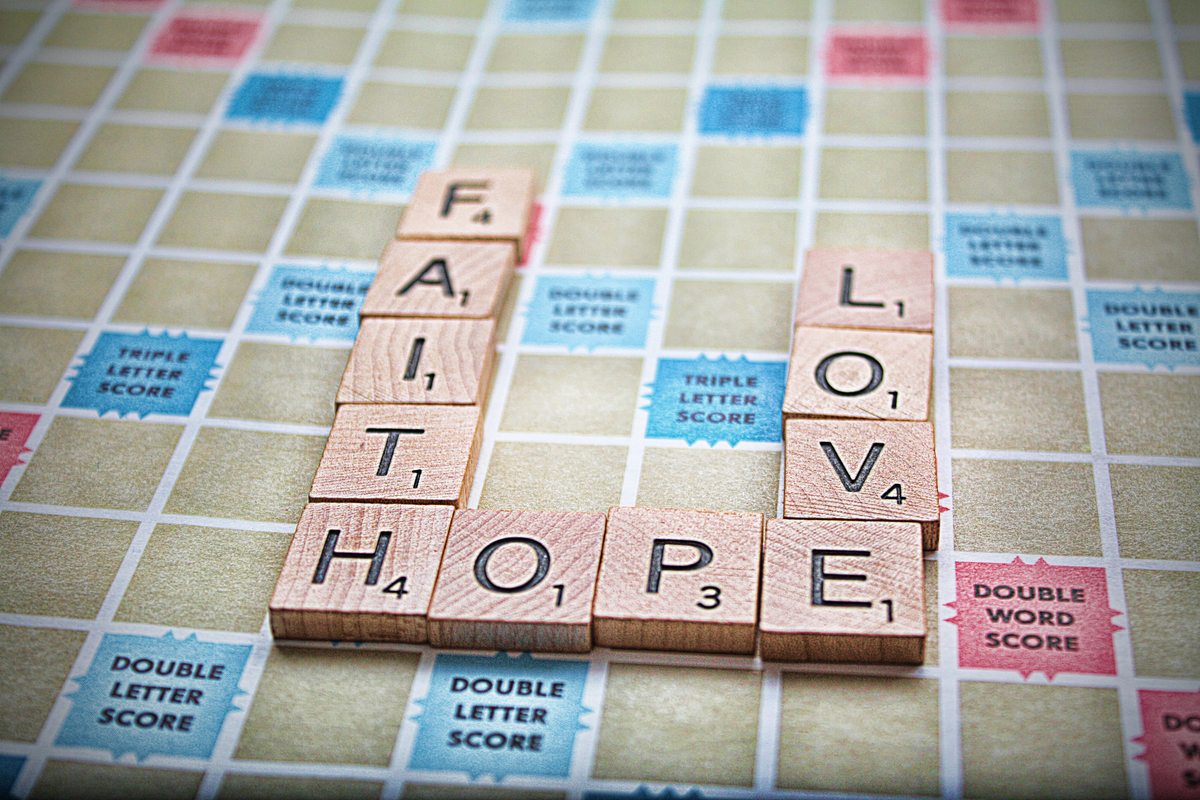 Faith. Hope. Love.: The Christ-Centered Way to Grow in Grace

Faith. Hope. Love.: The Christ-Centered Way to Grow in Grace

Faith, hope, and love—we hear a lot about each on their own, but how are they related? Why is this triad mentioned so often in the New Testament?

Written in the form of 58 questions and answers, this book reveals how these three theological virtues—also referred to as “three divine sisters”—together serve as the foundation for our whole Christian life. Deeply scriptural, steeped in key theological texts, and modeled after the classic catechisms of church history, this book will instruct our minds, stir our hearts, and motivate us to faith-filled obedience.

In this sense, Jones’s book has the sort of devotional richness and depth associated with the 17th-century Puritans that he himself knows so well, having done his dissertation at Leiden on the christology of Thomas Goodwin.

This book also offers hope for troubled times as we transition toward a public square more hostile to Christian faith. Indeed, even the “victories” that American Christians claim are only possible because evangelicals have chosen to compromise themselves in major ways. Whether it’s the degraded state of the Religious Right or the ongoing battle over religious liberty or the tidal wave of support for same-sex marriage and broader acceptance of transgenderism, it’s clear that the American church faces immense challenges on multiple fronts. Christians need hope.

Jones works through the idea of hope carefully, moving from basic questions about its definition, to its general role in the Christian life, then to its role during times of struggle and trial, and finally ending with the question “What duty flows out of Christian hope?” The comprehensive treatment of the virtue, as it relates to phases of life and ethics, is extremely helpful, as are his answers in specific chapters.

As I am writing this, my family is one day away from the second anniversary of my dad’s traumatic brain injury that nearly killed him and dramatically changed my parents’ lives. During the immediate aftermath of his injury, my mom and I spent Advent waiting for news, waiting to find out if he would even wake up. Throughout that time we clung to the hope that because Christ was resurrected and because my dad was in Christ, he too would be resurrected. There is an interaction between waiting and hoping. If we’re to do the former well, then we must cultivate the latter as a virtue. Jones’s book helps us to do that so whatever storm we face, we can hope in Christ.

Jake Meador is vice president of the Davenant Institute and editor of Mere Orthodoxy. He lives in Lincoln, Nebraska, with his wife Joie, their daughter Davy, and son Wendell. Jake’s writing has appeared in Christianity Today, Fare Forward, University Bookman, and others.