If you follow trends in Christianity, you may already know that Christianity is growing fastest in the Global South and, more precisely, in Africa. Baylor University professor Philip Jenkins writes that by 2050, Africa will be home to more than 1 billion Christians—“by far the largest concentration on the planet”—and that between 1900 and 2050, “the African share of the global Christian population will have grown from barely 2 percent to more than 33 percent.”

You may also realize that this growth doesn’t necessarily represent an increase in believers in the historic Christian faith. Broadly speaking, today’s Protestant church in much of Africa isn’t just charismatic, but is often dominated by extreme varieties of word-of-faith teaching. The continent is also experiencing an influx of new religious movements, many of which gravely distort the fundamental tenets of Christianity.

This complex reality makes Conrad Mbewe’s God’s Design for the Church: A Guide for African Pastors and Ministry Leaders an especially timely resource. The book bridges two worlds: God’s Word, and the world we inhabit. Mbewe—pastor of Kabwata Baptist Church in Lusaka, Zambia, and TGC Africa Council member—draws on his own background and also many years of pastoral ministry to diagnose the surrounding culture and its challenges to the growth of Christianity. 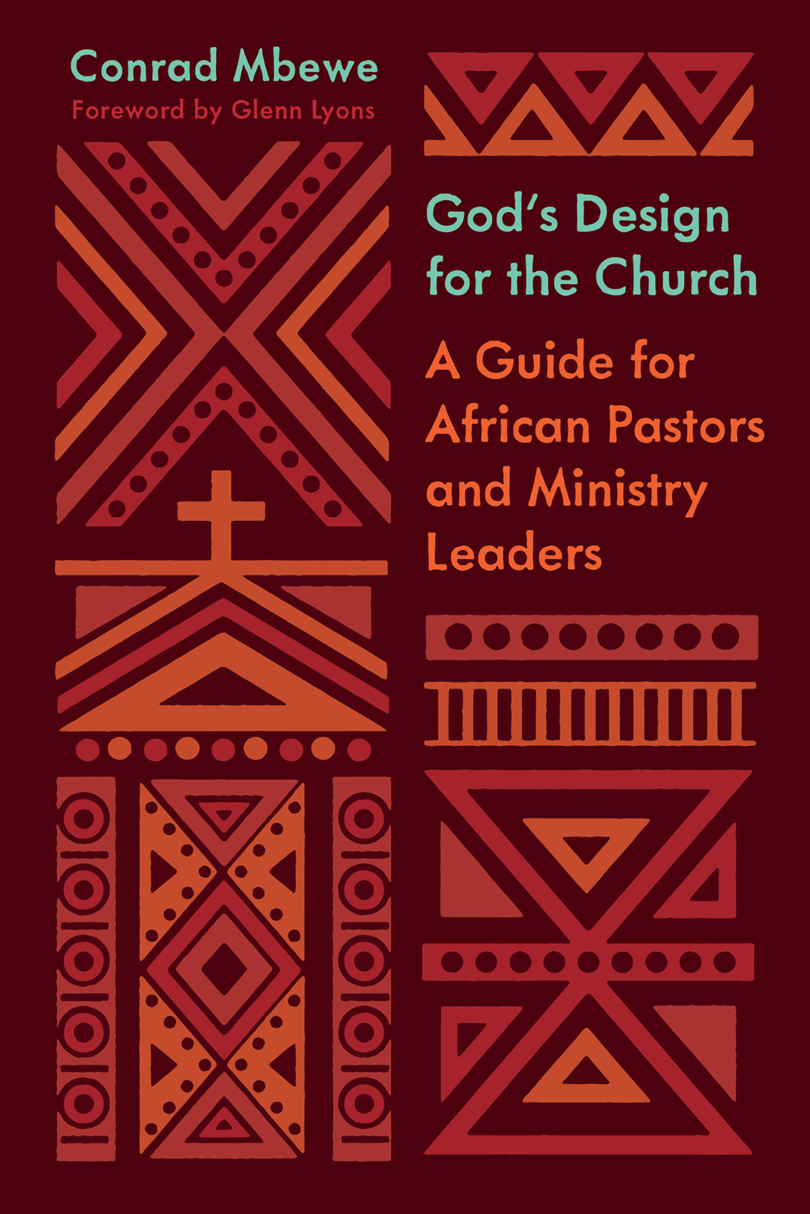 God’s Design for the Church: A Guide for African Pastors and Ministry Leaders

God’s Design for the Church: A Guide for African Pastors and Ministry Leaders

At the beginning of the 20th century, Christians in Africa numbered approximately 9 million―by the end, that number had grown to more than 380 million. As the number of Christians continues to grow, African pastors are often overwhelmed and in desperate need of guidance.

Drawing from three decades of pastoral experience in Zambia, Conrad Mbewe has written a comprehensive handbook specifically for African pastors and church leaders. Structured around twenty commonly asked questions about God’s design for the church, this helpful resource covers topics ranging from the definition of church and the role of church members to the importance of doctrine. Through this book, Mbewe aims to equip pastors and leaders with biblical principles that will “permeate the landscape of Africa and transform its churches for generations to come.”

Purpose of the Book

Mbewe saw that “the greatest need was for a book that deals with some of the major issues that are hindering the church in Africa from being what God designed it to be” (15). Like a seasoned apologist who employs both offensive and defensive approaches to make his case, Mbewe’s goal is clear: he gives the biblical foundations of what the church is meant to be, and addresses the obvious wrong practices that characterize much of the African church today. He lays out what the Bible teaches concerning various areas of church life, and then takes that torch and shines it on the current practices, calling African church leaders to rethink how they’re doing church.

From defining the church, to who should be in the church, to the mandate of the church, and all the way to its relationship with the state and the world, in 20 short chapters Mbewe makes a compelling case for a biblical and apostolic church, summoning African pastors to reexamine their understanding of what the church is and does. As promised in the introduction, Mbewe takes us “through the African jungle by the hand, showing us trees and animals to be wary of if we are going to stay the course” (15). He isn’t afraid to step on some toes as he exposes the contention and conflict the church must face. From the “African chief mentality” in leadership, to fear of the spirit world, to nepotism, and to syncretism, Mbewe convincingly brings his culture under the searchlight of Scriptures and invites African Christian leaders to God’s design for his church.

In 20 short chapters, Mbewe makes a compelling case for a biblical and apostolic church, summoning African pastors to reexamine their understanding of what the church is and does.

Mbewe’s stories at the opening of each chapter are memorable. His images—of church as a bus full of observers, of the roles in family life, of protocols in visiting a tribal chief, of wire cars and childhood imagination—are powerful. Anyone raised in certain parts of Africa will affirm their authenticity, and how they help to underscore the principles and lessons he communicates.

But many, especially in charismatic circles, will not take kindly to his bold assessment of the church gone astray. Those who might disagree with Mbewe’s theological perspectives on baptism, women in leadership, and the use of spiritual gifts should appreciate the urgent need for overall reform among us. He’s unafraid to “call a spade a spade” and leaves no stone unturned, highlighting abuses of “spiritual gifts,” tithing, church ownership, and the callous immorality of flamboyant pastors (who gain their undeserved wealth at the expense of church members). Rejecting such contemporary excesses, Mbewe calls pastors back to an old way of doing church—the apostolic way.

What makes God’s Design for the Church unique from others books I’ve read? Mbewe describes the three things that cause the preaching and teaching of God’s Word to produce spiritual maturity: it must be faithful to the text of Scripture, doctrinally rich, and relevant in application (177). The weaving of African stories and illustrations into these three is what makes the book stand tall among others.

Even when Mbewe points out negative issues, he does not lose sight of the so many wonderful things God is doing in churches throughout much of Africa.

Even when Mbewe points out negative issues, he does not lose sight of the so many wonderful things God is doing in churches throughout much of Africa (234). The climax of his message, then, isn’t what’s wrong, but “how God has blessed the church in Africa in spite of its problems: things can get even better if the church in Africa follows God’s design in Scripture.” He forces us to see not a failed and hopeless church, but a struggling church that has hope and potential to be the best God wants it to be.

If all Christians can understand and practice what has been taught in the previous chapters, it would catapult the spirituality of the church to another level. For instance, if church members understood what the church really is, what it means to have Christ as the head of the church, and what the primary task of the church is in the world, that in itself would transform the church completely. Add to this the impact that would take place across the continent if professing Christians really understood the glorious gospel of Christ, became members of the church only upon responding to the true gospel, and lived gospel-saturated lives of service in the church. There is no doubt that this would result in the kind of revival never seen before anywhere in the world. (173)

Mbewe disproves the timeworn (and false) adage that “If you want to hide something from an African, put it in a book.” God’s Design for the Church demands attention. It refuses to stay on the shelf. Young and old, theologians and laypeople will see themselves in its pages and gain fresh hope for the journey ahead.

Rodgers Atwebembeire is East Africa director of the Africa Centre for Apologetics Research (ACFAR) and pastor of New City Community Church in Kampala, Uganda. He and his wife, Prossie, have three children.