With stark political rifts now splitting the United States, Europe, and France, we’re all rethinking many things. Christians are simultaneously wrestling through the best ways to engage the forces of globalization, address economic disparity, promote religious liberty, confront unfettered consumerism, combat racial injustice, and address an emerging techno-redemptive form of spirituality. It’s a daunting undertaking to think about how the church should engage our culture on these fronts.

How much do we participate? When do we withdraw? The book on these questions getting all the press this year is Rod Dreher’s proposal: The Benedict Option [read TGC’s review].

But there’s another option on the table—the Dutch Neo-Calvinistic Option.

As the Dutch Neo-Calvinistic works of Abraham Kuyper (1837–1920) and of Herman Bavinck (1854–1921) are translated into English and become more accessible, we’re beginning to piece together a new option for how to live as Christians in a post-Christian culture. To my knowledge, there’s not a more sweeping presentation of this worldview than Craig Bartholomew’s Contours of the Kuyperian Tradition: A Systematic Introduction. 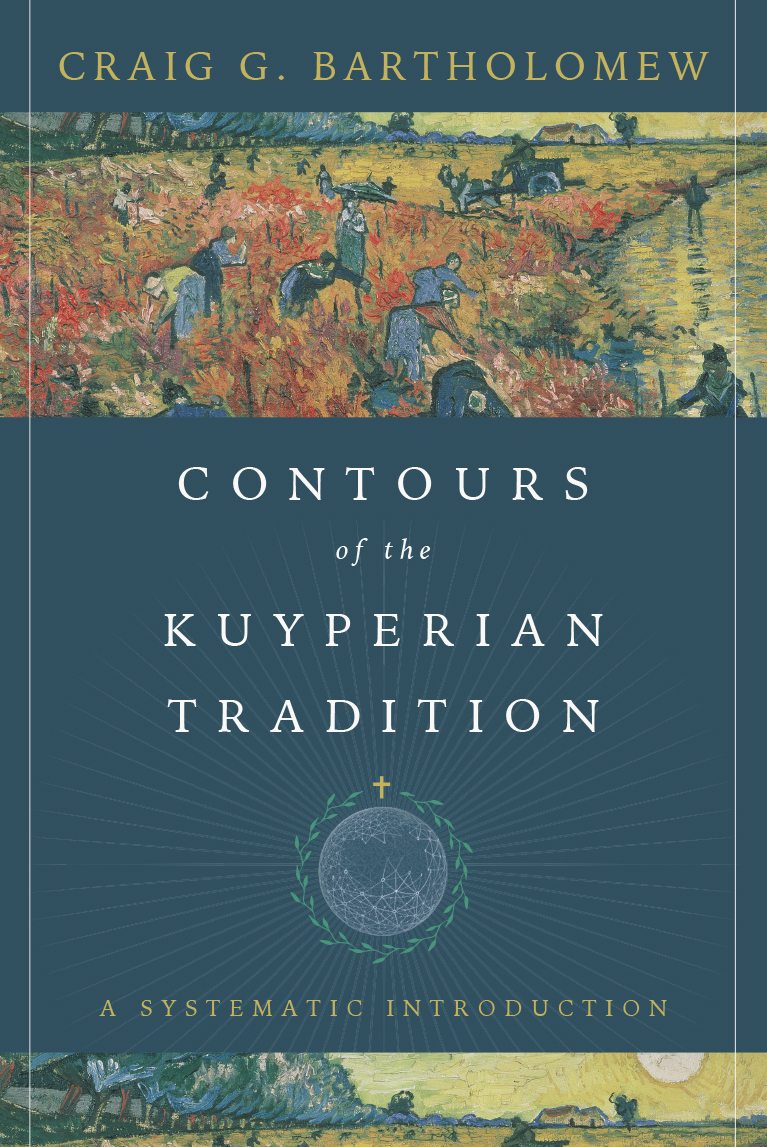 Kuyper himself was a master of Calvinism, not because he was holed up in an old study with dusty books, but because he applied his theology to every question he faced as a theologian, journalist, and politician. He was a thoroughbred Calvinist, and this book is a thorough treatment of his worldview.

The unique theological contribution from Bavinck and Kuyper is the idea that grace restores nature. Grace isn’t opposed to nature; grace isn’t at war with nature. Grace is chipping away the plaque of sin from the created order in hopes that the creation will be completely renovated and rendered completely free of sin in the future.

Chapter two of Bartholomew’s book on this topic is worth the price of the book. His summary of Herman Bavinck’s classic teaching on how grace restores nature is probably the best six-page summary of this doctrine you’ll find in print (45–50).

This doctrine situates the Neo-Calvinist in a unique position in culture. She isn’t simply an antagonist against institutions or political parties; the Calvinist is against sin wherever it makes its cancerous home inside the body of culture. The gospel is a targeted therapy drug, aiming not at people but at powers and principalities and idols and rebellion, to offer healing wherever sin lives.

Once you grasp this key point you can see how Bavinck could simultaneously give his life to theology and engage in social debates on every topic under the sun. He understood that grace restores nature, and this relationship has implications for the church and missions and government and ethics and vocation—everything. Kuyper followed suit.

The Neo-Calvinists also developed a compelling vision of calling and career. Kuyper and Bavinck speak to the business world by defining God-glorifying vocations, and separating them from the selfish pursuit of wealth. There’s a significant difference, and the Reformed tradition can draw that difference.

“Business is there to provide a service so that commodities in a society can be shared and the needs of a community met,” Bartholomew notes. “Of course, in the process, a business needs to make a profit so that it can continue to serve, but it is a distortion of a lovely field of service when profit dominates the whole enterprise and starts to colonize the other spheres” (142). Christians choose their vocations based on the needs of their neighbor. This is a uniquely Christian insight, distinctly embraced and developed by the Dutch Calvinists.

Why is it so important to help Christians understand the dignity and value of the workplace? Because “the marketplace of the world, not the church, is the arena where we wrestle for the prize, the racetrack where we wage the contest for the wreath,” Kuyper himself wrote. “Far from being that battlefield itself, the church is rather like the army tent of the Lord where soldiers strengthen themselves before that battle, where they treat their wounds after the battle, and where one who has become ‘prisoner by the sword of the Word’ is fed at the table of the Lord” (Rooted and Grounded, 22).

Calvinism and the Ecumenical Table

Bartholomew commends Roman Catholics here and there, and it doesn’t take long before the reader discovers Bartholomew has intentionally toned down distinctive Calvinistic language in order to push Kuyperian theology to take a leading role in global, “transdenominational ecumenism.” To that end, Bartholomew is compelled to celebrate Mother Teresa whenever possible, because she is “one of my heroes!” (131).

From beginning to end the book is ecumenically driven. Bartholomew’s attempt is to re-engage ecumenical talks around Kuyper: “The tasks required of the church today are simply too great for one tradition, so ecumenical cooperation is imperative” (68).

More interesting, moderate Islam appears from beginning to end in Contours of the Kuyperian Tradition. One of the book’s more fascinating themes is how Christians will relate to conservative Muslims in the future on issues of consumerism and materialism in secularism. Kuyper gives us worldview footing “for engaging Islam in our day, probably the most urgent issue of our time” (129). Bartholomew later suggests that “moderate Islam” could become an ally, “a cobelligerent with Christianity in opposing the privatization of religion in the West,” especially in public education, where “moderate, mainstream Islam could work with Christians against the imposition of monolithic, post-Enlightenment thought in ‘public’ education” (151, 304).

The author’s unrelenting ecumenical agenda shapes his entire presentation of Kuyper, and I think it too often gets in the way. For example, in the English works of Kuyper, in the balance of mentions of “Christian/ity” to “Calvinism/t,” I have the ratio at 3.2 to 1. Bartholomew’s ratio is around 7 to 1. Kuyper was more than twice as likely to mention “Calvinism/t” by name in ratio of every mention of “Christian/ity.”

It’s rather obvious Bartholomew doesn’t want the Calvinism to get too thick. Modern scholars are often embarrassed by Kuyper here. Richard Mouw recently apologized for Kuyper, writing, “Non-Calvinists will have to forgive some of the ‘Calvinism-above-all’ tone that frequently shows up in his writing” (Common Grace, 1:xxi).

I won’t apologize for Kuyper’s Calvinism, nor for the Calvinism of Bavinck. Instead, I’m struck again at the depth of Kuyper and Bavinck and the Dutch Neo-Calvinist tradition for all of life and society. The ecumenical push in this book, I fear, clouds the distinctive Calvinism that gives energy and substance to it.

I think a lot of us who stumbled into New Calvinism were initially attracted to it because Reformed soteriology so clearly matches what we read in the pages of Scripture. It’s on this basis that God calls us to think deeply about how Calvinism applies to work and home and society and economics and politics, and in all of these areas we have a world of lessons to take from the Dutch Neo-Calvinists of a previous century.

It’s all about Christ, as Bartholomew so beautifully reminds us: “The journey out into the world has to develop out of an ever deeper journey into Christ” (184). It’s in our communion with Christ, and from our union with him, that we have anything of substance to offer this world.

The Christ of Scripture is the Christ of Calvinism, reigning over every square inch, as Kuyper so famously told us. This type of universe-embracing Christology animates the Kuyperian tradition celebrated in this book. May we take some cues from Kuyper and Bavinck and their tradition as we continue to press Calvinism’s implications out into every corner of life and explore what it means to serve the sovereign King together, as he restores nature through the expulsive power of his grace.

It’s an attractive vision, and there’s plenty of room for others to join in as we think these things through.

Tony Reinke is a non-profit journalist, desiringGod.org staffer, host of the Ask Pastor John podcast, and author 12 Ways Your Phone Is Changing You (2017), The Joy Project (2015), Newton on the Christian Life (2015), and Lit! (2011). He lives in Minneapolis with his wife and their three children.