As a black pastor trained in a conservative evangelical school, I have been grieved to watch my white fellow pastors debate each other and divide over racial issues over these past few years. The acrimony reached a critical peak at one conference. Before the watching world, the moderator challenged the panelists’ orthodoxy over the question of racism. As a result, the gospel coalition between them (and those who followed them) fractured, at least publicly. To further widen the divide, one side seemed to become eerily suspicious that their friends were no longer conservative and colorblind enough. Needless to say, black evangelicals who raised any issue of racism had already been dismissed as too progressive and woke.

Into this fray enters George Yancey with his new book, Beyond Racial Division: A Unifying Alternative to Colorblindness and Antiracism. Yancey is an accomplished author, a race scholar, a sociologist, and a Christian. These vantage points coalesce in a way that makes this book a contribution that can’t be ignored.

Yancey makes it clear he is not writing to the academy nor to a limited audience of just Christians. He offers sage advice to all his American neighbors—“whites, blacks, Hispanics, Asians, Native Americans,” Christians and non-Christians—who are embroiled in race debates as well as to those who’ve given up on them. He writes to persuade all of us to come back to the table and reenter these conversations with new tools that will help us to move toward real racial harmony. 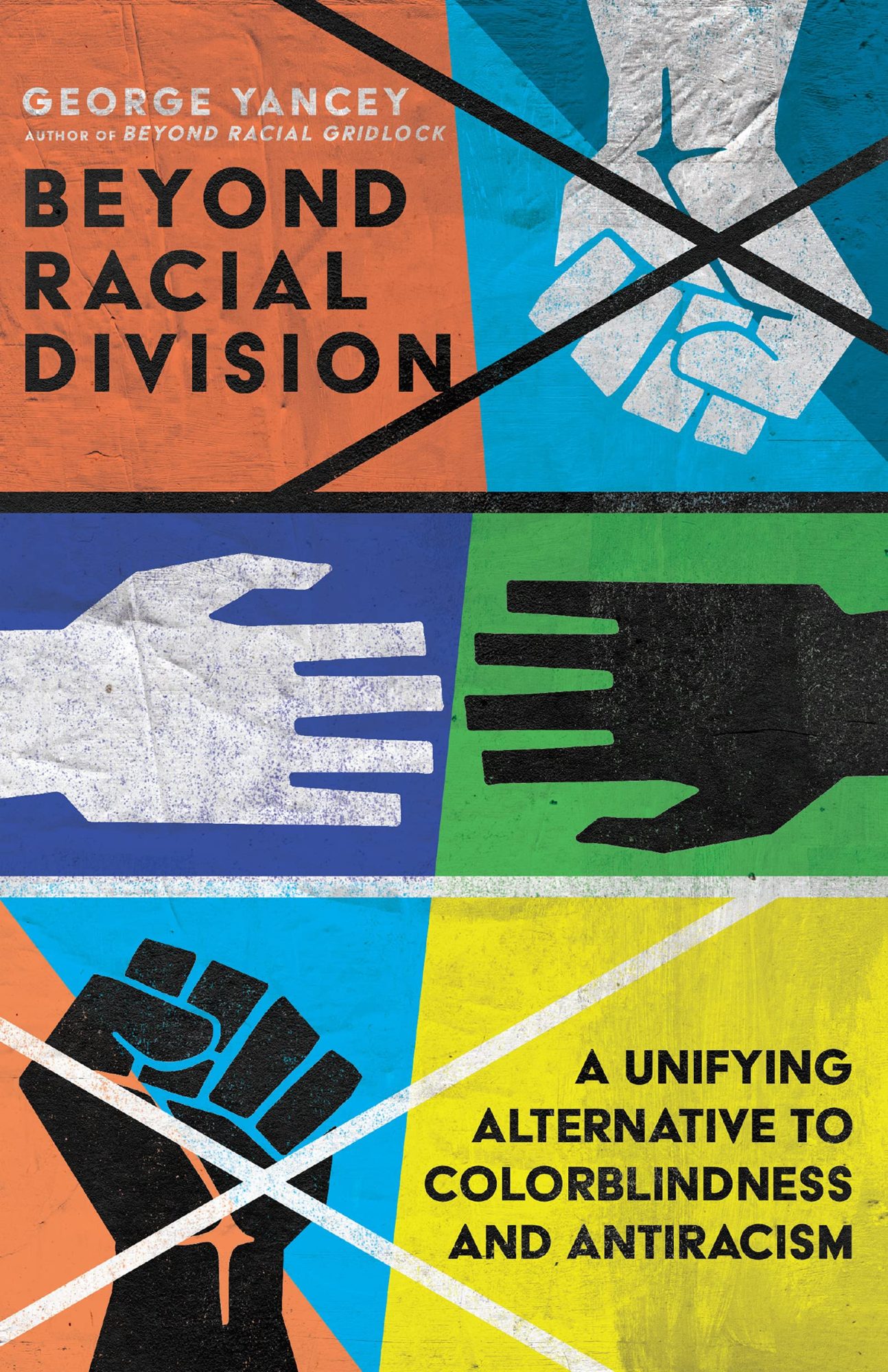 Beyond Racial Division: A Unifying Alternative to Colorblindness and Antiracism

Beyond Racial Division: A Unifying Alternative to Colorblindness and Antiracism

Efforts at colorblindness and antiracism have not been very effective in addressing racial tensions in the United States. Colorblindness ignores the realities of race and the history of injustice. On the other hand, antiracism centers racial concerns and in so doing often alienates people who need to be involved in the process.

Sociologist George Yancey offers an alternative approach to racial relations where all parties contribute and are mutually accountable to one another for societal well-being. He provides empirical rationale for how collaborative conversations in a mutual accountability model can reduce racial division. History and societal complexity mean that different participants may have different kinds of responsibility, but all are involved in seeking the common good for all to thrive. Avoiding unilateral decisions that close off dialogue, Yancey casts a vision for moving beyond racial alienation toward a lifestyle and movement of collaborative conversation and mutuality.

Folly on Both Sides

Considering the countless books about race and racism, and the fact that American institutions spend billions of dollars on racial diversity training, it is more than fair to press Yancey to prove why we need a new approach and what makes his effective. Yancey does just that. He provides research to substantiate his conclusions. Furthermore, his research critiques both sides of the debate, not just one.

Yancey analyzes the outcomes of the conservative colorblind approach, which argues, “Those who bring up racial issues are the problem. We must socialize them to not bring up racial conflict so we can forget about race” (135). He also critiques the progressive antiracism approach, which he defines as “a strong, active commitment to remove multifaceted and systematic manifestations of racism with an emphasis on whites supporting the activism of people of color” (88).

Some will wish, like I did, that he cited more research. But every book has limitations. It simply isn’t Yancey’s goal to write another academic tome on race. However, for those who want to dig deeper into his conclusions, he does provide a generous number of references at the end of his book (205–15).

What is clear, though, is that he aims to be objective and fair in his research. To this end, he provides what I see as compelling proof that neither the conservative colorblind approach nor the progressive antiracism approach is successfully building a bridge to unite everyone. Yancey’s research leads him to conclude that “colorblindness does not show enough concern for correcting wrongs done to people of color and antiracism does not show enough concern for the possibility of overcorrection” (105). However, the two approaches remain enticing because they succeed in energizing those who affirm their side of the race debate, but they do so at the high cost of alienating the other side.

Neither the conservative colorblind approach nor the progressive antiracism approach is successfully building a bridge to unite everyone.

In place of the colorblind and antiracism approaches, Yancey argues there’s a better way. He calls his approach collaborative conversations obtained through mutual accountability. He cites Terrence Drake to define this approach as “a purposeful, outcome-driven conversation aimed at building on each other’s ideas” (14). Yancey connects this approach to the idea of mutual accountability because he believes that “we are all accountable to find solutions that best serve everybody” (14). He warns, “We ignore evidence that what we want may harm others and amplify evidence that it will help them. That is the way confirmation bias works” (34).

Therefore, he sets the goal of finding ways to work together. This requires us to define our terms and not weaponize them. For example, Yancey prefers to describe the United States as a racialized society rather than a racist one. Collaborative conversations also require that we recognize our ethnocultural differences, but we should start by identifying where we agree.

Yancey’s breadth of knowledge allows him to (in an accessible way) walk the reader through the broad landscape of our present situation and explain how we got here. He touches on an exhaustive range of topics including QAnon, George Floyd, Ahmaud Arbery, voting for Trump, mass incarceration, Black Lives Matter, Confederate statues, redlining, discriminatory hiring based on ethnicity, bank lending practices, and the Southern Baptist Resolution 9 debate over critical race theory. He also weaves in relatable stories of people journeying into and out of the colorblindness and antiracism positions.

He acknowledges that his “wide audience” won’t agree with Christianity, but he argues nevertheless that the Bible explains why we’re so divided. He contends that humans make social movements and bring their sinful perspectives into them. In doing so, social movements become self-serving and center around meeting the needs of one’s group to the neglect of others. Yancey’s approach points out this root sin problem. He then points his readers to the Christian faith’s call to put others before yourself (Phil. 2:3) and to love those who are not like you (Luke 6:32–36).

If we concede America was divided by race, and in too many places (including the church) we still exist as a racially divided nation, then all Americans, especially believers, should strive to do what we can to pursue racial unity. However, because sin divided our nation, it will take a special work of God’s grace to fully unite us. And perhaps Yancey’s new hopeful approach of collaborative conversations can be one of the means of that grace.

Because sin divided our nation, it will take a special work of God’s grace to fully unite us.

Is Beyond Racial Division a significant book, and does it offer a more viable, biblical, and helpful solution than the antiracism and colorblindness approaches? Yes, yes, yes, and yes.

For those who are convinced that the colorblind or antiracist approach is the right way, I would strongly recommend giving Yancey’s work an honest read and letting it challenge your methods and assumptions. Over the past few years, polarizing voices have dominated our national conversation regarding how we should address our race problem. The result? Their “win-lose approaches pull our country apart. We need solutions that pull us together” (58). Yancey has made a compelling case that utilizing collaborative conversations can move us beyond racial division. We are all exhausted, but with works like this, I’m hopeful we can keep moving in the right direction toward real racial unity.

Bobby Scott is a pastor at Community of Faith Bible Church. He desires to be used by God to strengthen the local church within the urban community by investing in the family, encouraging singles to live radically for Jesus, and developing a ministry that is built upon the exposition of the Word of God. Scott and his wife, Naomi, have six children. You can follow him on Twitter @pastorbscott.