It was 2006 when I saw my first high-definition, rear-projection TV. The picture showed a golf tournament with startling clarity and brilliant colors, all the way down to the dimples on the golf ball. As impressive as it was, the TV was clunky, now far surpassed by later models.

Reading James Eglinton’s biography of Dutch theologian and neo-Calvinist polymath Herman Bavinck (1854–1921) brought that experience to mind, with at least one major difference. Bavinck: A Critical Biography is saturated with color, brightness, and contrast. But unlike the old HD TV, this volume is sleek and sturdy, and will doubtless draw attention for generations to come.

James Eglinton is the Meldrum Senior Lecturer in Reformed Theology at the University of Edinburgh. But by this point he might as well be called the Favorite Reformed Lecturer in the Universe of Things Bavinck. 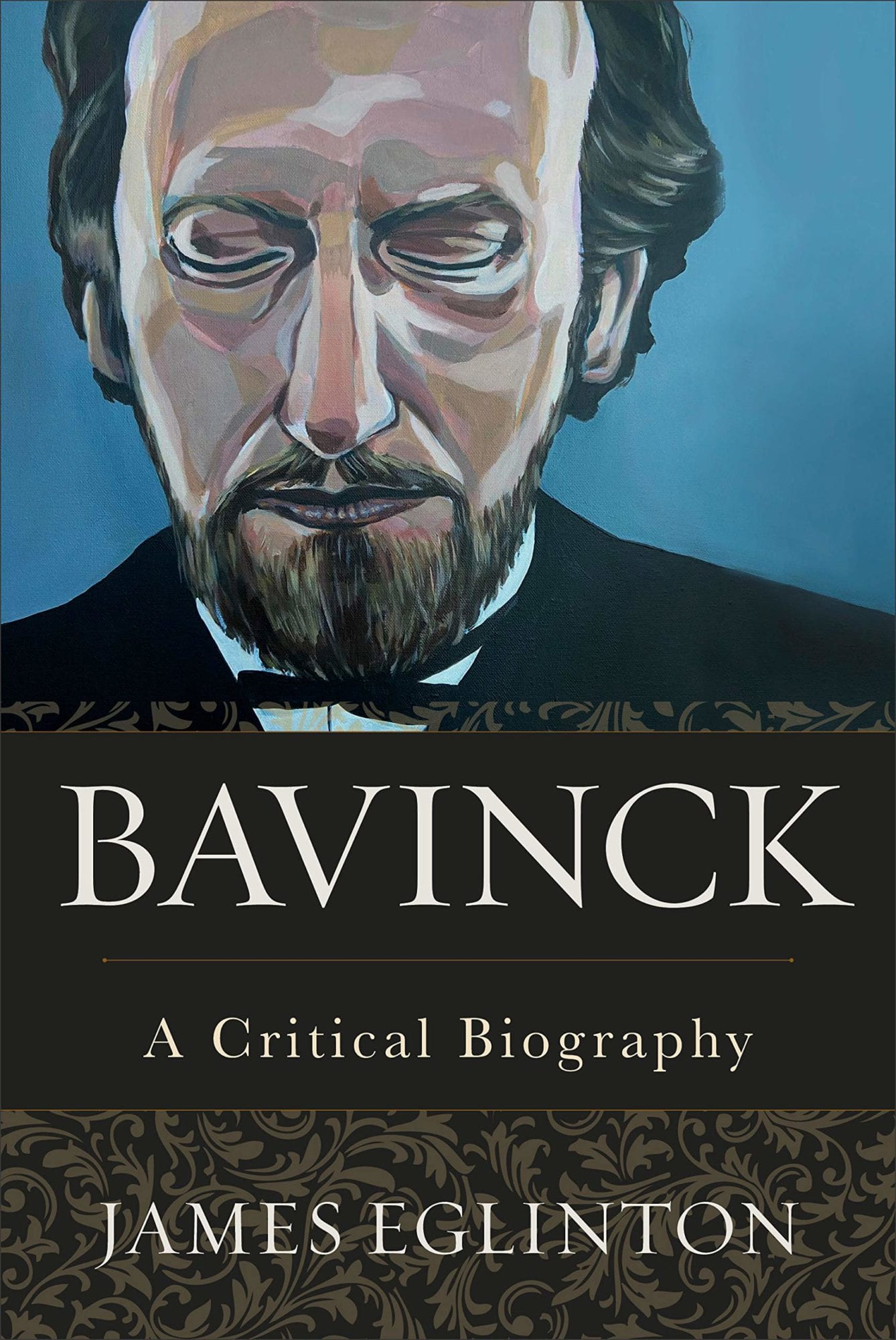 Dutch Calvinist theologian Herman Bavinck, a significant voice in the development of Protestant theology, remains relevant many years after his death. His four-volume Reformed Dogmatics is one of the most important theological works of the twentieth century.

James Eglinton is widely considered to be at the forefront of contemporary interest in Bavinck’s life and thought. After spending considerable time in the Netherlands researching Bavinck, Eglinton brings to light a wealth of new insights and previously unpublished documents to offer a definitive biography of this renowned Reformed thinker. The book follows the course of Bavinck’s life in a period of dramatic social change, identifying him as an orthodox Calvinist challenged with finding his feet in late modern culture. Based on extensive archival research, this critical biography presents numerous significant and previously ignored or unknown aspects of Bavinck’s person and life story.

For those unfamiliar with the stream of literature emerging on the greatest Reformed theologian of the last century, much of it follows on the heels of Eglinton’s scholarly case for Bavinck as a consistently Reformed dogmatician, a new reading that is effectively supplanting the older perspective that falsely detected conflicting orthodox and modern signals in Bavinck’s writings. By examining the complexities of Bavinck’s background, this latest biography shows that in addition to harboring theological problems, the “two Bavinck” thesis suffers from historical and sociological defects as well.

But that’s not all, folks. Eglinton describes his biography as being “critical” in the sense that it draws from a wide array of original sources (diaries, letters, newspapers, etc.) to present the complexities of Bavinck’s life accurately and honestly within the context of his times. One might add that the word “critical” also applies to the way Eglinton deftly fixes a number of blips that appear in some of the older models of Bavinck biography. I appreciated learning, for example, that (1) a strand of Bavinck’s “Seceder” tradition was not opposed to cultural integration; (2) he did not face parental disapproval when leaving to study at Leiden; and (3) he and his wife, Johanna, were fit theological spouses.

So what kind of man does Eglinton bring into focus as he presents what his method impels him to say? The author answers, “I present my subject as a modern European, an orthodox Calvinist, and a man of science” (xxii).

Set within five organically unfolding parts (“Roots,” “Student,” “Pastor,” “Professor in Kampen,” and “Professor in Amsterdam”), these chronological segments of Bavinck’s life and work reveal him as a Reformed theologian who in various ways confronted, developed within, and wrestled with the shifting landscape of a late modern world. This basic theme is too intricately presented in the book to capture in a short review. But at a general level it is fair to say this narrative of this orthodox man within his times opens lenses on both smaller and larger scales, each carrying lessons for today.

On the smaller scale, Eglinton zooms in on Bavinck’s struggle to relate his relatively isolated Dutch tradition with his potent intellectual gifts and broad theological ambitions. At times, the former did not satisfy him, evidenced by his decision to leave the Theological School in Kampen after one year to study under the modernist scholars at the University of Leiden.

At other times, his tradition was not pleased with him. For example, Bavinck languished for a decade seeking to marry his teenage sweetheart, only to be denied by her father on each occasion. Years later, after returning to Kampen to teach, Bavinck faced endless conflicts within the faculty over that institution’s resistance to the scientific academy, particularly the prospect of a joint venture with Abraham Kuyper’s Free University at Amsterdam.

From his tortured romance with a hometown girl, to his encounters with drunkenness at Leiden, to his frustrations within a seminary faculty, Bavinck unexpectedly becomes relatable to the reader. Even pastors who labor in isolation or whose lives remain stubbornly out of step with their surroundings will resonate with Bavinck’s “crushingly lonely experience” (121) during his brief pastorate in Franeker.

Each of these struggles teaches us that Bavinck’s many writings did not drop from the sky, but were forged by a real man who endured the cross after his Savior.

Each of these struggles teaches us that Bavinck’s many writings, including his magnum opus, the four-volume Reformed Dogmatics, did not drop from the sky, but were forged by a real man who endured the cross after his Savior.

But Eglinton also pans out for a widescreen shot of Bavinck’s persistent hope to see Reformed theology intersect with and transform the movements and ideas of his time. Over against Friedrich Schleiermacher—as well as the entire modernist tradition, for that matter—Bavinck believed that only as theology comes faithfully from God and remains about God, and not man, will it fulfill the neo-Calvinist vision of bringing the lordship of Christ to bear on every human endeavor.

This commitment to what Eglinton calls “the self-governing nature of theology” (138) provides a helpful corrective for those in our day who are tempted to build their case for Christianity on fleeting modern intuitions that formally resonate with a Christian worldview. Apologetically, worldly reference points may be useful conversation starters, but for Bavinck, as Eglinton presents him, a truly Christian understanding of the world must proceed winsomely and unapologetically from God’s redemptive revelation in the Scriptures.

As Bavinck wrote to a friend steeped in modern criticism of Scripture, “This is the difference between you and me . . .  you want, through and after research, to reach this viewpoint [i.e., a judgment on Scripture reached a posteriori]; I move forward from it [i.e., a view of Scripture asserted a priori] and go on researching” (139).

For Bavinck, a truly Christian understanding of the world must proceed winsomely and unapologetically from God’s redemptive revelation in the Scriptures.

And yet Bavinck’s allegiance to such Reformed principles appeared to weaken a bit later in life. With the rise of Friedrich Nietzsche’s militant atheism, Eglinton notes, Bavinck advocated in public for a “generalized notion of Christianity” (242) rather than a specifically Reformed Calvinism.

What accounts for this strategic change? Intimidation by the magnitude of the task? Disillusionment over Calvinism’s then apparently dim prospects? While Eglinton offers hints of explanation, perhaps the growing cadre of Bavinck scholars will examine this question in greater depth.

A final word about the artwork for the book’s cover: it’s a portrait of Bavinck painted by Eglinton’s friend and fellow theologian Oliver Crisp. The face is pensive, eyes closed, suggesting a deep thoughtfulness about the greatness of the triune God and of his majesty made known throughout the earth.

Eglinton has elaborated that image by presenting a man who throughout his long and fascinating life aimed to promote God’s glory in and through all things. May his readers take up this goal for themselves, and one day see it realized in refulgent colors and clarity on the last day.

Carlton Wynne is an assistant pastor at Westminster Presbyterian Church (PCA) in Atlanta, and edited Zeal for Godliness: Devotional Meditations on Calvin’s Institutes with Derek Thomas.