“Who is this book for?” That’s one of the first questions I always ask myself when I dive into a book for review. Atheism’s New Clothes: Exploring and Exposing the Claims of the New Atheists is focused entirely on the major anti-religion writings of the “Four Horsemen” of New Atheism: Richard Dawkins, Daniel Dennett, Sam Harris, and the late Christopher Hitchens. It comprises about 300 pages of moderately intense philosophical discussion—somewhat challenging due to the length of argumentation yet accessible to thoughtful believers nonetheless.

So who would be the audience for a book like this? I couldn’t help but think of three persons in particular (there could have been a fourth, but he’s gone). Atheism’s New Clothes could do these particular readers a lot of good. I am of course speaking of Dawkins, Dennett, Harris, and the late Hitchens. They could learn a lot from David Glass.

The book is like the New Atheists’ literature in the material it covers: Is faith irrational? Does science undermine belief in God? Is there anything relevant to the God question in the existence and order of the universe, in human consciousness, in the facts of biology, morality, the origins of religion, or even the Bible? It’s like their books, too, in taking square aim at its opponents, being unafraid to pronounce them wrong or even foolish.

It’s unlike theirs, however, in that Glass knows how to produce a valid argument.

I’ve argued elsewhere that the New Atheists’ reasoning skills are seriously lacking, which Glass demonstrates over and over again. And given he demonstrates it with respect to virtually every major claim against Christianity they make, I think I can say this is the most thoroughly argued and devastating critique of the New Atheism I’ve encountered.

The book’s title refers to a familiar fable, but as I read it I instead kept thinking of a well-known proverb: people who live in glass houses shouldn’t throw stones. The New Atheists have been chucking rocks at Christianity and other religions. In this book, Glass picks them up and tosses them right back. He’s the one with the name Glass, but it’s their houses that shatter. If you’re going to go about wearing the emperor’s “new clothes,” it’s best not to take up residence in such vulnerable quarters.

Many of the book’s arguments and answers were familiar to me, and would be to many readers here. What Glass adds to the discussion on those topics is thorough, lucid, and readable reasoning, coupled with comprehensive coverage. If you want a competent philosophical answer to a New Atheist question, there’s a good chance he’s covered it here for you. 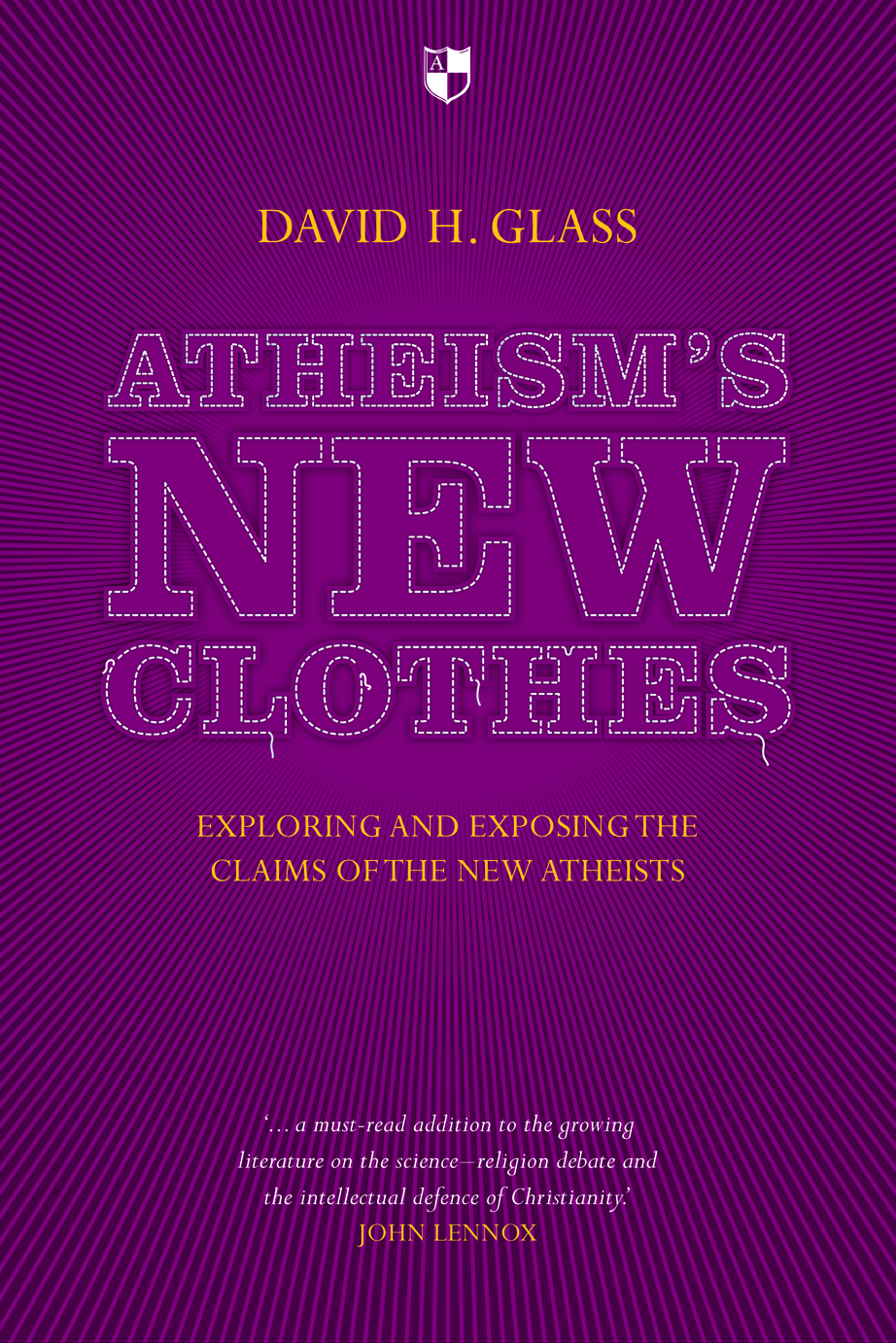 Atheism's New Clothes: Exploring and Exposing the Claims of the New Atheists

Atheism's New Clothes: Exploring and Exposing the Claims of the New Atheists

Drawing on recent work in the philosophy of religion, David Glass addresses the issues raised by the New Atheists, responds to their objections, and presents a positive case for Christian theism. He shows that the New Atheists fail to engage seriously with the best theistic arguments, and that science, far from undermining belief in God, provides some of the best reasons for such belief. His valuable analysis also explores how faith and reason interact; miracles; the relationship between religion, morality and evil; the possibility of revelation from God; and the historical value of the Gospels and the reality of the resurrection of Jesus.

Meanwhile, Glass’s sense of humor emerges from time to time as he exposes various ironies in the New Atheism. One of them, entirely new to me, concerns Richard Dawkins’s two principal arguments against God: (a) we don’t need God as designer since we have evolution, and (b) for God to be the explanation for all the organized complexity in the world, he’d himself have to be more complex than what he’s supposed to explain; and where did his complexity come from?

Glass shows that Dawkins admits weaknesses in the first (Darwinian) argument and uses the second (“Humean,” after the Scottish philosopher David Hume) to shore it up. But Dawkins also seems to think he needs the Darwinian argument to help out the Humean one. If either were what Dawkins in some places claims, the other would be redundant; and yet in other places he recognizes these arguments need each other. In particular, the Darwinian argument comes up short in dealing with the origin of life and the fine-tuning of the cosmos. How does Dawkins deal with that problem? Glass quotes him as follows:

And while natural selection is limited to explaining the living world, it raises our consciousness to the likelihood of comparable explanatory “cranes” that may aid our understanding of the cosmos itself. . . . People who think that [the multiverse explanation for fine-tuning is unsatisfactory] have not had their consciousness raised by natural selection. . . . The multiverse, for all that it is extravagant, is simple. God, or any intelligent, decision-taking, calculating agent, would have to be highly improbable in the very same statistical sense as the entities he is supposed to explain.

Consciousness-raising, indeed. That’s Dawkins’s answer: if Darwinism is true, that lifts our thoughts to the awareness that the universe could have come about naturally, and the same with the first life. If that sounds like overambitious extrapolation to you, it does to Glass as well. But note how Dawkins veers away at the last moment, appealing to the Humean argument to fill the gap. His Darwinian objection to God can’t stand without help from his Humean one. And the Humean one, as Glass explains, has been successfully rebutted by many thinkers, both skeptics and believers alike.

And so the irony: for all his glorification of science as the route to understanding reality, Dawkins must revert back to philosophy to fill some glaring gaps. And sure enough, even the philosophy rests on tenuous ground.

And so I say that Dawkins, Dennett, and Harris could learn from Glass. And if they don’t, then the rest of us can, for this is one of the best rebuttals of the New Atheism available.

Tom Gilson is a strategist and writer on staff with Campus Crusade for Christ, on assignment to the Colson Center for Christian Worldview. He was the lead editor for the book True Reason, and he blogs at Thinking Christian, First Things: Evangel, and The Point.