C. S. Lewis worried his book The Screwtape Letters would be quietly banished “toward spare bedrooms, there to live a life of undisturbed tranquility.” But the book sold well, and in the 80 years since it was published, the series of letters from a senior devil Screwtape to his underling Wormwood remains a regular on Christian bestseller lists.

The idea for The Screwtape Letters came to Lewis while he was sitting in church. In a 1940 letter to his brother Warnie, Lewis wrote, “Before the service was over . . . I was struck by an idea for a book [which] I think might be most useful and entertaining. It [would] be called As one Devil to Another and would consist of letters from an elderly retired devil to a young devil who has just started work on his first ‘patient.’”

Lewis used the potent blend of the useful and the entertaining to create a book that’s both instructive for living daily as a follower of Christ and, because of the pompous and preening personality of Screwtape, humorous for any reader. 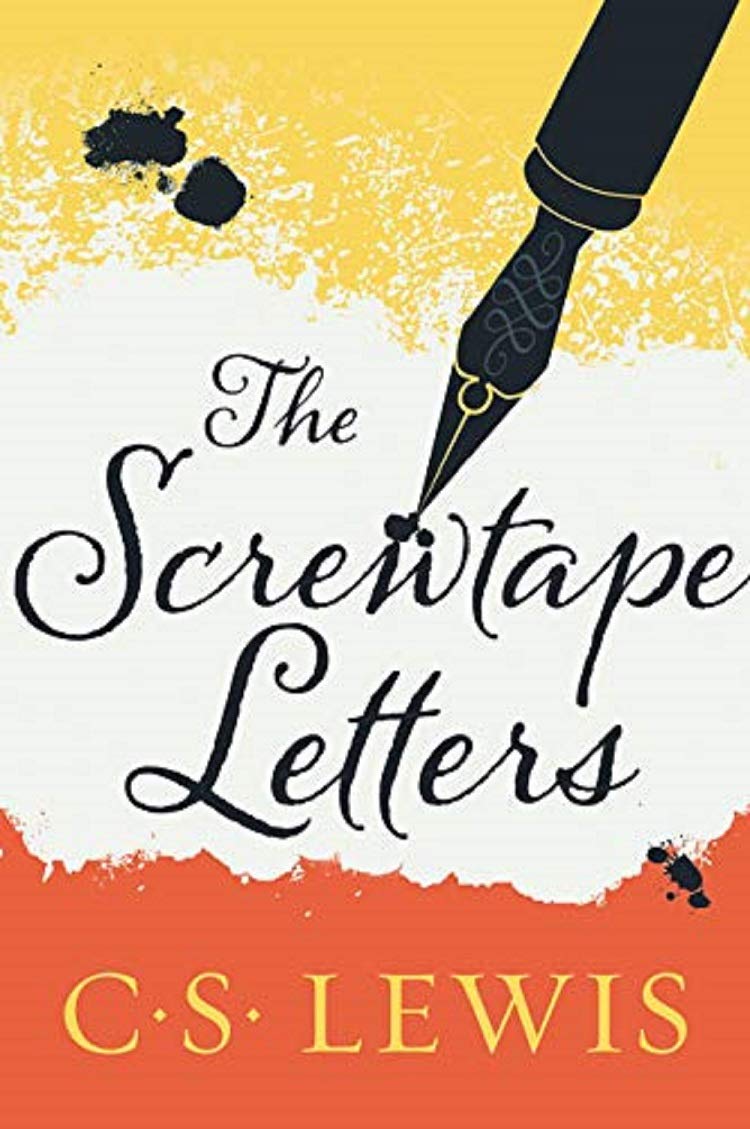 The Screwtape Letters by C.S.  Lewis is a classic masterpiece of religious satire that entertains readers with its sly and ironic portrayal of human life and foibles from the vantage point of Screwtape, a highly placed assistant to “Our Father Below.” At once wildly comic, deadly serious, and strikingly original, C.S. Lewis’s The Screwtape Letters is the most engaging account of temptation—and triumph over it—ever written.

Before it appeared in book form, The Screwtape Letters was published as a series of 31 installments in a weekly religious magazine known as The Guardian (no relation to the modern British daily with the same name). The first letter was published May 2, 1941. The single volume containing all 31 letters was released in February 1942.

Lewis used the potent blend of the useful and the entertaining to create a book that’s both instructive for living daily as a follower of Christ and humorous for any reader.

Though initially popular with most readers, some didn’t quite grasp the underlying concept. A country clergyman wrote to cancel his subscription because he found Screwtape’s advice to Wormwood “not only erroneous but positively diabolical.” Notwithstanding the confused clergyman, Lewis believed “the success of the book depends on luring the ordinary reader into a serious self-knowledge under pretense of being kind of a joke.”

When, for example, frustrated Screwtape spontaneously combusts into a large centipede, the reader may let out a chuckle. But Lewis’s humor and his use of the demon to sarcastically invert the truth has a purpose. The goal is for readers to see their own reflection in Screwtape’s successes, even if this vision is painful. “It is the worldly reader,” said Lewis, “that I specifically want to catch.”

It’s uncertain whether Screwtape’s readership remains the “worldly” that Lewis originally targeted. In an increasingly secular culture, it’s more likely that the book’s readers hail from the Christian tradition (or are at least inclined toward it). But for the Christian demographic, The Screwtape Letters are now, more than ever, quite valuable.

Jesus reminds us in Matthew 24:12 that lawlessness will increase as time moves toward its end. We live in a world beset with temptations. So for Christians today, the book provides a great service. It gives us the devil’s playbook so we can avoid trapdoors set for us.

One trapdoor that appears throughout the book is Screwtape’s twisting of objective truth. But it’s not just that the demon deceives. He understands a lie is made far stronger by mixing in a little truth. Screwtape tells his protégé that encouraging his patient to marry is fine if the marriage is to someone who doesn’t follow God. Encouraging church attendance is fine if the church is doctrinally malignant: “A moderated religion is as good for us as no religion at all— and more amusing.” Even encouraging Christianity can be fine if it remains an insignificant part of the patient’s life and not a whole-life commitment.

It’s not just that the demon deceives. He understands a lie is made far stronger by mixing in a little truth.

Who among us is not exposed by real temptations described so presciently?

If you’ve never read The Screwtape Letters, or if it’s been some time since you last did, the occasion of its 80th year is an excellent reason to pick it up. In doing so, you’ll skirt another of Screwtape’s trapdoors, as he tells Wormwood, “It is funny how mortals always picture us as putting things into their minds: in reality our best work is done by keeping things out.”

Joseph A. Kohm Jr. (JD and MDiv, Regent University) is a vice president at the C. S. Lewis Institute and the author of The Unknown Garden of Another’s Heart: The Surprising Friendship between C.S. Lewis and Arthur Greeves (Wipf and Stock, January 2022).