Whether from a desire for “authenticity” or from a mistrust of formal statements of faith, the use of creeds has fallen out of favor in many evangelical churches. However, in The Apostles’ Creed: Discovering Authentic Christianity in an Age of Counterfeits, Albert Mohler—president of The Southern Baptist Theological Seminary and TGC Council member—argues that creedal statements are, indeed, relevant for “such a time as this.” As the subtitle suggests, when we employ those ancient words in our worship, we have captured “authenticity” at its best. The Apostles’ Creed frames the essence of Christianity, for it “expresses and summarizes the faith given by Christ to the apostles” (xiv).

Internalizing majestic statements of belief enriches our more spontaneous expressions of worship with infusions of known theological truth. Mohler explains the Apostles’ Creed line by line, phrase by phrase, applying its truth to life on the ground in the 21st century. The effect is a well-organized, timely presentation of truth. 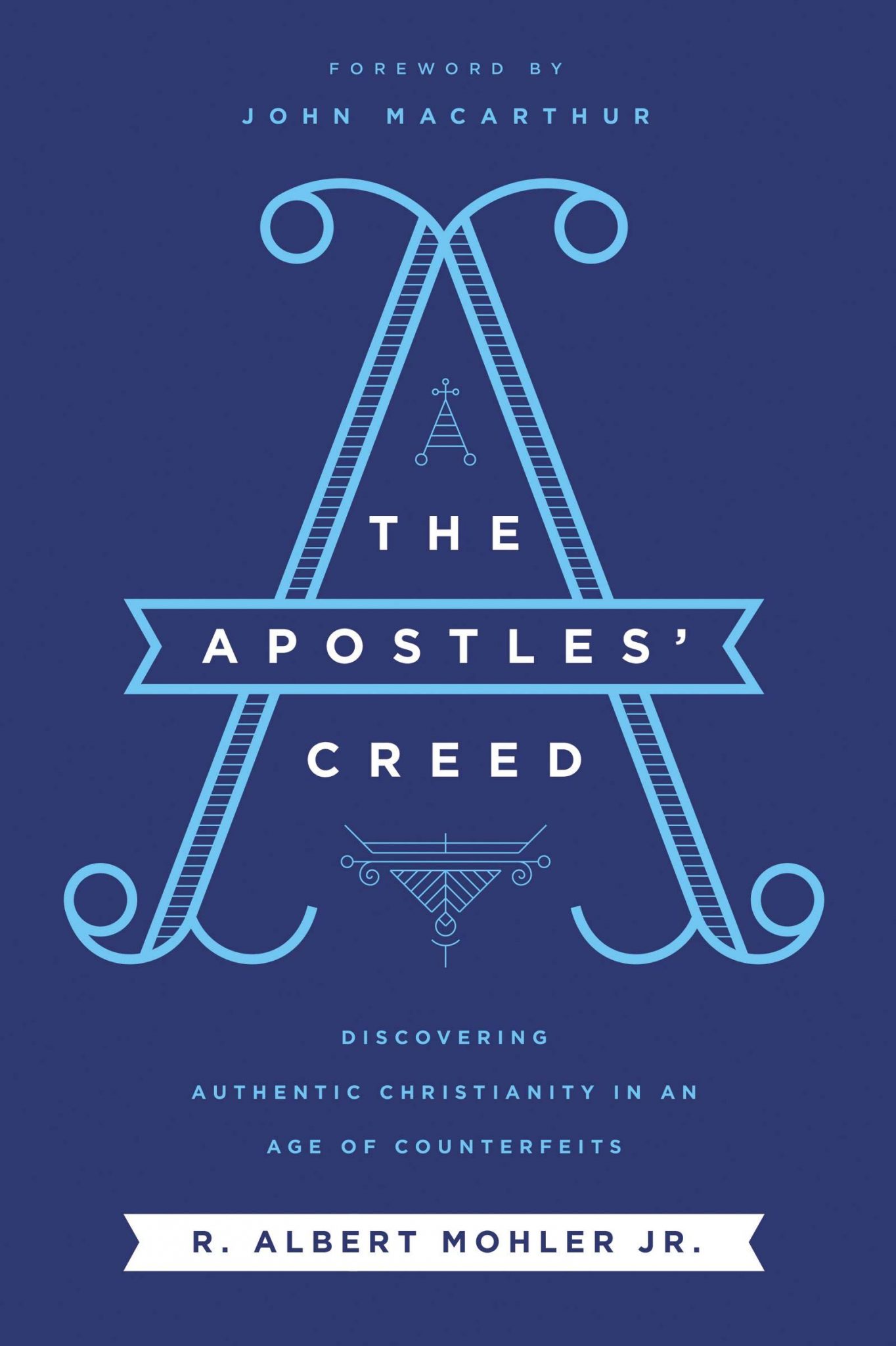 The Apostles' Creed: Discovering Authentic Christianity in an Age of Counterfeits

The Apostles' Creed: Discovering Authentic Christianity in an Age of Counterfeits

In The Apostles’ Creed, renowned theologian R. Albert Mohler Jr. works line-by-line and phrase-by-phrase through each section of the Creed, explaining in clear terms what it means and how it equips Christians to live faithfully in a post-Christian culture. From understanding the nature of the Trinity and the miracle of the Incarnation to the world-shaking truth of the resurrection and the hope of Christ’s return, the theological heritage contained in this ancient statement has the power to shape us for vibrant and steadfast living today. The Apostles’ Creed shows us how.

Delight in the Details

If, as A. W. Tozer succinctly stated, “What comes into our minds when we think of God is the most important thing about us,” we would do well to align our understanding of God’s identity and character with his self-revelation. Mohler dives deeply into who God is with scriptural affirmations of his power—and right—to rule the universe.

With the largest part of the creed devoted to God the Son, readers are invited to delight in the details of our great salvation. Mohler laments “this strange time in which it appears to people that heresy is exhilarating”—and then rolls up his sleeves to equip believers with truths that move us beyond a mere “all I want is Jesus” mentality. The creed insists that Jesus’s identity is a crucial point in refuting heresy and helping us anchor our own stories in the metanarrative of the Jesus story.

Readers are invited to delight in the details of our great salvation.

The Christian faith is unmistakably Trinitarian. Father, Son, and Holy Spirit are God, and Mohler devotes chapter 11 to a clear and helpful expansion of the creed’s six-word assertion about the third member of the Trinity. He writes about the Holy Spirit as the member who abides with us, teaches the church, testifies to the truth about Christ, and indwells each believer with his truth-bearing presence.

Christianity is social, not solitary. In affirming belief in “the holy catholic church and the communion of saints,” believers confess that church isn’t an optional accessory to a flourishing Christian life. Further, our consumer mentality about worship styles, personalities, or the presence of a coffee bar gets swallowed up in a glorious call to recognize our “identity as eternal members of the eternal family of the eternal God” (164).

Church isn’t an optional accessory to a flourishing Christian life.

Unfortunately, the only eligible members of congregations happen to be sinners, but even this—“the sinfulness of the entire human race, and . . . the horrible reality of our own individual sin”—is accounted for by creedal words of hope (170). Belief in the forgiveness of sin sets all believers in the position of gratitude for a robust grace that matches the depth of our need.

Trusting All That Scripture Reveals

The Apostles’ Creed is an expression of certainty to encourage belief in an era when believers may prefer mystery or ignorance. God’s incomprehensible nature is distilled into statements of truth that cut through opinion and offer borrowed words to help the heart along. While it’s true the repetition of a creed has no saving value, there is great faith-anchoring value to a deeper understanding of the affirmations that define historic Christianity.

To that end, Mohler tackles common questions about the ancient rule of faith. For example, because Jesus truly died, we’re safe in interpreting his descent “into hell” as an entrance into the realm of the dead. Scripture doesn’t support much speculation beyond this point, and so “even as we confess that Christ descended into hell, we get ready to celebrate that hades could not hold him” (93).

In an attempt to defuse the controversy over male pronouns referring to God, Mohler teases out two distinct functions of “he.” Biblically, God is without gender, so the use of “he” denotes personhood, not maleness. So too fatherhood and gender are not one in God. Even though fatherhood has been corrupted by human failing, “it is God the Father who defines what a human father must be like, not the other way around” (10).

In this methodical and engaging exploration of the Apostles’ Creed, each credo is a stand-alone lesson, deeply theological and heart-stirring in a way only good theology can be. Creedal statements are servants, summarizing the content of belief so the truth can be succinctly communicated, unifying us on the essentials and directing our minds toward life-giving orthodoxy.

Michele Morin is a wife, mum, grandmother, and Bible teacher with a passion to see women become committed followers of Christ and inspired students of God’s Word. You can read more of her writing on her blog or follow her on Twitter.
Get Our Latest Book Reviews Delivered