“What is the cost of lies? It is not that we’ll mistake them for the truth. The real danger is that if we hear enough lies, then we no longer recognize the truth at all.”

These words, adapted from Hannah Arendt, open the HBO miniseries Chernobyl—a horrifying look at not only the nuclear fallout from the 1986 disaster, but also the ghastliness of a society dedicated to spin over substance, to convenient lies over unpopular truth.

Intellectual Life as a Refuge from Falsehood? 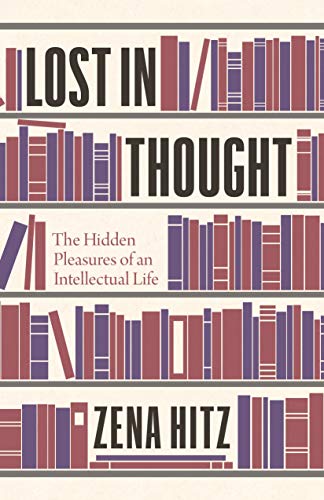 I recalled Chernobyl’s opening recently while reading Zena Hitz’s new book, Lost in Thought: The Hidden Pleasures of an Intellectual Life. Hitz reflects on the life of the mind by interacting with writers ancient and modern, probing the purpose behind our intellectual pursuits, and questioning some of our cherished academic assumptions. Along the way, the question arises: How should we pursue the truth in a world that has no tolerance for facts that fight against our preferred narratives?

One answer is to find in the intellectual life a refuge from a world devoted to lies. Hitz points to the Italian Jewish author Primo Levi, whose work in chemistry sustained him in the years leading up to World War II, through the horrors of Auschwitz, and the occupied Italy of the postwar period.

Levi takes the pursuit of scientific truth to be a vital antidote to the self-serving lies promoted by the fascist government, lies promulgated in schools as well as in sources of news and “information.”

Hitz describes why people are so easily persuaded to lie, or at least to not speak the truth:

When I lie to someone, I use that person’s openness to the world, his or her power of perception and rational judgment as a means to get what I want. I want a wife and a mistress: I lie to attain both. I want to spend my morning in peace and quiet—I cover over some truth that might spark conflict at work or at home. The personal lie appeals not only to the audience’s rational judgment, but also to their own desires: they too do not want to be disturbed by a difficult truth.

But what happens when personal lies become public lies, stories that societies adopt as their own, even when the facts do not align? Hitz points out how easily the political process can find lies more useful than the truth, so that power is acquired by the spreading of falsehood.

As a political leader, I aggrandize myself by exaggerating threats. I rely on my audience’s concern for their own well-being and the facts that determine it. I appeal to natural fears of uncertainty and weakness as well as to fantasies of strength. The more successful I am as a leader, the more dependent I am on lies: the vague threat of war turns into a direct lie about the facts of the matter, the unprovoked attack, the enemy at the gates. Words and stories become a means not only to present a false reality, but also to flood the airwaves, to drive out alternatives. The lies resonate and take hold in us, their audience, because they help us to pretend that deprivation is temporary, that suffering is curable, or that a confrontation has vindicated us or shown our strength.

We might shrug our shoulders at this description and sigh in relief that only totalitarian regimes face this kind of false reality. But the truth is not a casualty merely of dictators—whether fascist or communist.

Temptation to Compromise with Lies

Lest we think that only the former Soviet Union or places like China or North Korea today are suffused with lies, Hitz quotes the French political philosopher Yves Simon, an anti-Nazi Catholic who observed how easy it is even for truth-loving people to facilitate, spread, or at least not oppose lies:

“I do not know, I cannot imagine, any group which does not include among its current ideas an enormous dose of lies. That being the case, the alternative is inevitable: either one must like falsehood, or one must dislike the familiar setting of daily life.”

Simon sees that if lies prevail in social life and if truth is necessary for one’s full humanity, daily life with others is virtually unbearable. What, after all, does daily social life consist in? A disparaging remark about another group; a rumor or story meant to draw outrage; a news story dug up by partisans seeking advantage; a crude expression of allegiance to an institution as flawed as its denigrated rivals. All of these are fundamental to the fabric of social life, especially in times when social life is unusually politicized, as it was in Simon’s time and as it is now, for us. We speak to our own advantage: to feel comfortable, to assuage anxiety, to play a part in the struggles for power and status around us. Our purpose in speaking is rarely to communicate the truth about something. In this way we diminish the value of those we speak to; we treat them as our tools and deny their dignity.

Twisting the Truth In Order to ‘Get Along’

A couple years ago, I read through the journal of Mihail Sebastian, the Jewish Romanian playwright and novelist, who watched his country descend into the chaos of Iron Guard fascism in the late 1930s, while he—as one of the country’s elites, cushioned somewhat in the upper echelons of his society—observed with increasing horror the anti-Semitism that surfaced even among his colleagues and friends. Sebastian noted how quickly his country’s commitment to freedom shifted in order to fit the more convenient narrative.

Why would intellectuals and celebrities who had admired and befriended Sebastian slowly shift their allegiance away from him in order get in line with another way of viewing the world? Because survival seemed at the time to depend not on truth but falsehood, and since no one wants to think of themselves as committed to lies, the solution is to reframe the grand falsehoods so that one maintains a respectable inward sense that the truth has not been sacrificed. In reality, however, the truth has been twisted. Devastatingly so.

Hitz reflects on this natural human response. We are all inclined to do just this:

to try to isolate falsehoods and lies and to limit them to our opposite number, the rich (if we are poor), the poor (if we are rich), Republicans (if we are Democrats), Democrats (if we are Republicans), etc., etc. We pretend that others are indeed swallowed by lies, but we ourselves have escaped. We imagine that our social class or group allows us special access to truth.

Across the Western world today we see troubling signs of threat, intimidation, and peer pressure to “get in line” with whatever narrative is considered politically convenient. One sees this happen with increasing frequency on the left, particularly in matters related to gender and sexuality. No matter what those who believe we must chip away at any biological distinction between the sexes may say, the reality of male and female will remain, and our pandering to the lie that someone of one sex can become the other will lead to irreversible consequences, no matter how tenderhearted we are. Truth will win out. The lies will fall.

But lest those on the right believe the pressure to acknowledge falsehood is merely a temptation for those with radical agendas on the other side, the protest against political correctness engenders its own assumptions and commitments. The propensity for people to engage in conspiracy thinking, to deny egregious injustices that happen before one’s eyes, to dismiss facts or figures of history that prevent us from romanticizing our past, to overlook our preferred politicians’ constant twisting of the truth—all of these are the consequences of shuttering to the side any truth that seems inconvenient. Still, reality remains. The virus still spreads, no matter what you believe about it. Character still matters for public office, no matter how convoluted our justifications for downplaying its importance. Truth will win out. Lies on the right will fall, too.

Cost of Telling the Truth

But here is the good news. If loss is inevitable in both scenarios—either telling the truth or succumbing to spin—why wouldn’t we choose the loss of influence or friendship over losing our dignity? What is the point of maintaining friendships and influence if all is built upon a façade? What is the purpose of winning elections or rising in status if you’ve become nothing but a shell that hides your hollowness?

Yves Simon recognized the power and cost of clinging to the truth, whatever it takes:

“If I adopt an attitude of saying No to all falsehoods, including those which are manufactured and propagated around me as well as those which I feel welling up in myself, I know that I am setting out into a fearsome solitude, into a desert country without roads and without water. There my dearest companions will fail me. My habits, my tastes, my passions will abandon me. With no support but truth, I shall go forward, stripped and trembling.”

“Forward, stripped and trembling.” But at least with courage and character intact. “The simple step of a courageous individual is not to take part in the lie,” Aleksandr Solzhenitsyn wrote. “One word of truth outweighs the world.”

No matter how convenient they may seem on the surface, falsehoods are webs of deceit spun by the father of lies. No one can walk through life without getting caught in them. But the Word of God is a sword that cuts through these webs—truth that Jesus says will set us free.