The Bible commands us to demonstrate brotherly affection and honor to whom honor is due (Rom. 12:10; 13:7). I want to take a moment to publicly honor my friend and former colleague, Dane Ortlund.

Dane and I met when he was a college student and I was a seminary student, working at Desiring God. We sat together at a table surrounded by older, wiser godly people: Ray and Anne Ortlund (his grandparents), Ray and Jani Ortlund (his parents), John Piper (my pastor and boss at the time), and Dane’s siblings.

After that, Dane sent me occasional handwritten letters by snail-mail, encouraging me to press on in the faith. Dane wasn’t into calligraphy or expensive pens. The letters were written with cheap pens on notebook paper. But there was something endearing about a young man who still believed in such things even in an age of email.

I started at Crossway in early 2006. Dane started in the summer of 2010. So we worked together for ten years—first as colleagues, and then he eventually became my boss.

In October of 2020 he left to take his very first pastorate—in the midst of a global health crisis that introduced countless challenges into the world and the church.

Dane is a world-class New Testament scholar, able to operate at the highest level. (Maybe he’ll complete and publish some day his technical monograph on Markan eschatology.) But it says something about the man that he went into Bible publishing, and then to pastoring a local church, when he easily could have been a full-time academic. 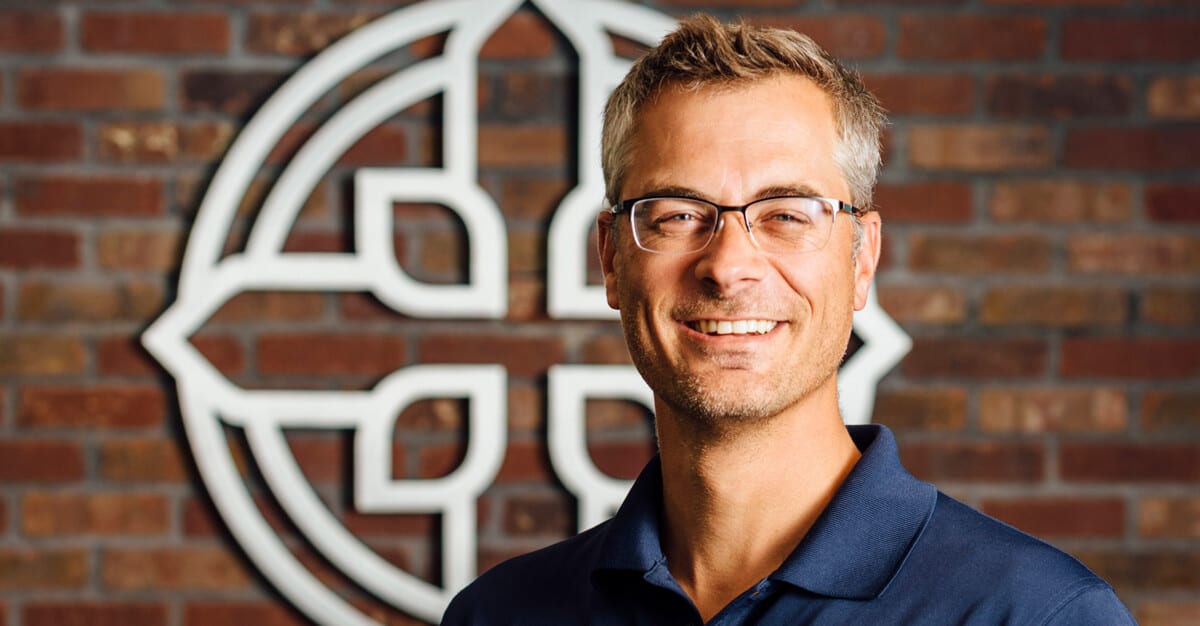 When I would walk into his office, I was less interested in what was on his bookshelves than what was on his desk. It was always an ESV Bible, a Greek New Testament, a Hebrew Old Testament, and an unabridged work by an old dead Puritan like Thomas Goodwin or John Owen or John Bunyan, replete with his enthusiastic pencil underlinings and marginal notations.

In August of 2018, Crossway’s book publication committee (on which Dane sat) formally considered his proposal for a book entitled, Gentle and Lowly: The Heart of Christ for Sinners and Sufferers. Dane recused himself from the discussion.

Dane and I had talked about the book’s possibility months before. But his inclination was to let the ideas marinate—for decades. He thought he’d finally be ready to write it when he was in his sixties. I reminded him that none of us knows his day or hour, and thus it might never be written. And why not help the church now rather than making it wait that long? He agreed.

For every book that reaches this level with our committee, the acquisitions editor writes a memo. I don’t think I’ve ever shared one of these publicly before, since this is proprietary internal information not for public distribution. But I can share with you some of what I wrote that summer, nearly two and half years ago:

I genuinely enjoy writing these memos. But they are not always easy. We try to be relatively objective, representing the author (as an advocate for the project) but more fundamentally, representing Crossway (as an analyst of the project).

So how do I introduce or review a book written by someone who is not only a friend but also a beloved colleague? How do I avoid the appearance of hyperbole when I think the proposed work is not only the most important thing he has written but also has the potential to be a classic that serves and instructs and encourages and chastens and edifies the church for years to come? . . .

The prospects of publishing a book like this is the kind of thing that gets me up in the morning. I think it will have very strong sales and will be a breakout book by Dane. 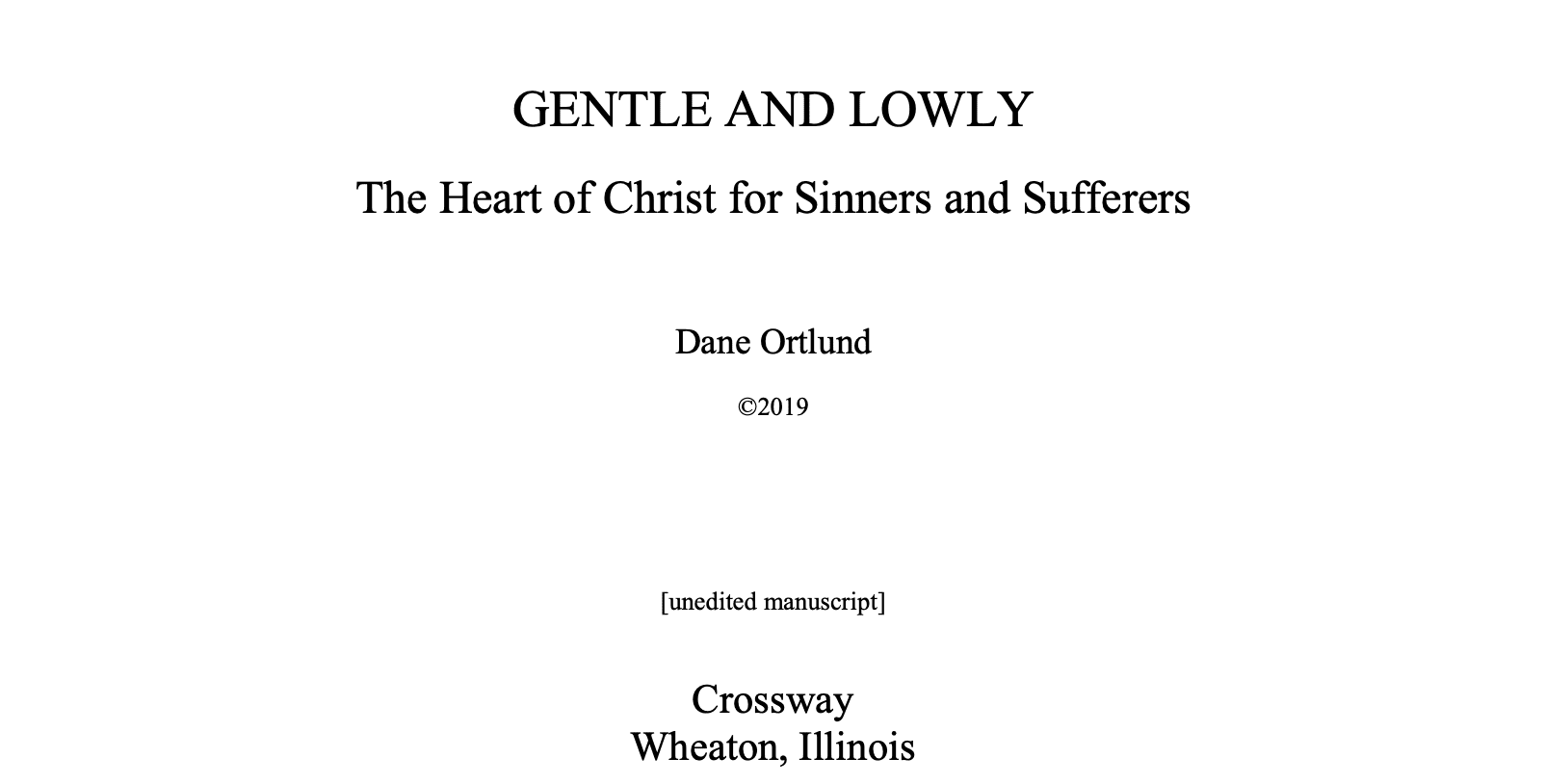 I was right about the sales and the ministry effect of this work—not because I have some prophetic insight, but because the book is that manifestly good and true and right.

As Reformed theologian Michael Horton put it: “Dane Ortlund leads us into the very heart of God incarnate—not only what Jesus did for us, but how he feels toward us. That’s right: feels toward us. Anchored in Scripture and drawing on the Puritan Thomas Goodwin, this book is medicine for broken hearts.”

Lord willing, Crossway will have printed over 1.5 million copies of the book by the end of this summer. I have heard from countless people that they are buying multiple copies of the book and that it has deeply impacted their lives for good. (My colleague Samuel James wrote about what the book’s popularity tells us about our view of God’s love.)

I miss him at Crossway—he had the loudest laugh, often offered penetrating spiritual and exegetical and theological insight, and had a buoyant spirit that is contagious. (And I’m told he is also the fiercest ping pong player.)

I thank God for Dane Ortlund.

I am deeply honored that he is a Crossway author and that Crossway had the privilege of publishing this modern classic.