In the 18th century, deist did not always entail the idea of an absent “clockmaker” god. I addressed this point in a post at Cato Unbound:

People in 18th-century Anglo-America did not always use our textbook definition of a deist. Deist could mean a person who denied God’s providence, but it could mean other things as well. Sometimes it referred to a person who was critical of Reformed theology and its emphasis on humankind’s lack of free will. Or someone who did not believe that the whole Bible was the Word of God. Sometimes “deism” meant monotheism. Sometimes the use of deism had no skeptical connotations at all, such as when it was used as an antonym for “atheism.” Ben Franklin and others rarely unpacked all those variant meanings, but it would have surprised few people in Revolutionary America to find that a “deist” also believed in God’s providence.

It would be interesting to tabulate the ways in which the word deism was used in the 1700s. My suspicion is that when it was used in the sense of someone who rejected traditional Christian doctrine, it commonly was coming from critics accusing someone of that kind of heterodox deism. That was the case with the Rev. William Linn’s 1800 religious attack on Thomas Jefferson in the presidential election against John Adams. Linn said that Jefferson was unfit to be president because of “his rejection of the Christian Religion and open profession of Deism.” 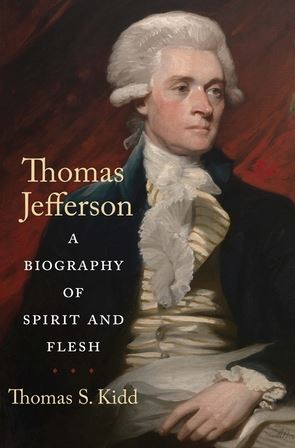 Jefferson had indiscreetly aired a couple of his less-than-orthodox beliefs prior to 1800, but Jefferson rarely used the terms “deist” or “deism” in his vast correspondence. I count only about 10 references total to deism in Jefferson’s writings. He certainly would not have wanted to casually apply the term “deist” to himself (in the way Franklin had in his autobiography), since he knew that anything he said about religion would likely get leaked to the media. He did refer to attacks on him as a deist, but he was more likely to refer to the deism of the ancient Jews, or the “deism” of Jesus (!), by which he meant Jesus’s simplified view of a loving God.

To cite one important instance, Jefferson wrote in 1803 to the scientist and Unitarian minister Joseph Priestley, who was helping Jefferson to affirm his own idiosyncratic version of Unitarian Christianity. He told Priestley that he was thinking of composing an outline of the “Christian system” and the reasons for the superiority (though not perfection) of Jesus’s ethical teachings. After reviewing the moral codes of the great philosophers of ancient Greece and Rome, he said, “I should then take a view of the deism, and ethics of the Jews, and shew in what a degraded state they were, and the necessity they presented of a reformation. I should proceed to a view of the life, character, & doctrines of Jesus, who sensible of the incorrectness of their ideas of the deity, and of morality, endeavored to bring them to the principles of a pure deism, and juster notions of the attributes of god.”

For Jefferson, deism in this case simply meant belief in a monotheistic creator God. He knew the term had widely known skeptical connotations, too. Perhaps he took pleasure in describing Jesus as a deist, knowing this would irritate Christian critics who called Jefferson a deist. Once Jefferson reconciled himself to believing in Unitarian, naturalistic Christianity, he was eager to present himself as a true follower of Jesus, as opposed to critics like Linn. To Jefferson, traditional Christians clung to the churches’ accretions of “Platonic,” mystical, and ostensibly incomprehensible beliefs, such as the doctrine of the Trinity. Jefferson touted his devotion to the true deism of Jesus alone.

I explain much more about these issues in my new book on Jefferson, Thomas Jefferson: A Biography of Spirit and Flesh (Yale Press).

Did the Fundamentalists Win? Answering a Century-Old Question

Is the Declaration of Independence a Christian Document?

The ‘Jefferson Bible’ and a Founder’s Skepticism

The Danger of Politicized Pastors

Scotty Smith
Can We Handle THIS Much Freedom?
“Yet” and “Nevertheless”
I Want to Be and Live This Free
Ray Ortlund
Psalm 1, a reverse translation
Happy beyond description
Why I Got out of Twitter
Trevin Wax
Some Personal Announcements Before Signing Off
5 Quick Takes for New Culture Wars
Truthful Witness in the Public Square
Melissa Kruger
Announcing New Women’s Cohort: How to Teach the Bible
Sneak Peek Interview: Lindsey Carlson’s New Book
Sneak Peek Interview: Ann Swindell
LOAD MORE
Loading