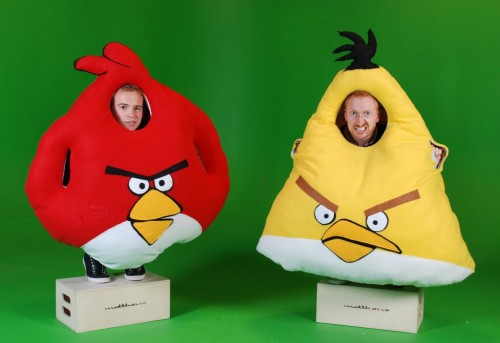 How can you be actively discerning without being angry all the time? How can you be nice and charitable without lacking biblical discernment?

These are questions that seem to keep bouncing around in my mind. I want answers. I want biblically informed, thoughtful, and applicable answers.

Let me back up and give you some background for this. A few years back I was having lunch with a friend. He mentioned that he thought if churches were a breed of dog then we would be a Pit-Bulls. As we talked more and I tried to understand I discovered that he perceived that we were the ‘shoot first ask questions later’ type of people. As a leader in this context this means that I was being perceived not only as a leader of Pit-Bulls, but one myself. And since I was visiting with him and his statements were at me, I take this to mean he was mainly talking about me. In other words, I’ll wear this label.

The more I talked with him the more I noticed that he was describing an attitude of anger that he saw in me. He acknowledged that there was a lot of biblical discernment. And this seems to be the way it goes. The Christians who seem to ‘excel’ in the area of discernment also seem to be very comfortable telling everybody else what is wrong with their theology and ministry. In other words, we are good at barking. (this is not to say that there is not an occassion to bark, but ceaseless barking is never healthy).

My friend’s observation might have been itself arrested by my disagreement had I not already been thinking the same thing myself. In other words, my discernment radar had detected a bit of imbalance in me.

I had noticed a couple of things happening around me.

First, people become really good at going after other people. It seems like if you create a culture for this type of thinking then some folks will just blossom. They will love it. Trust me, I’ve run this blog now for 5+ years and can attest that it is the controversial posts that get people the most excited. People like to go after people. In churches as well, people can fullfill their fleshly desire to be critical of everyone that doesn’t look like them. This can also provide added security and affirmation that you are thinking right. It is very contagious.

Second, people get hurt. Some people don’t thrive in this environment. Instead, they get bit. I’ve seen quieter and less doctrinal guys get pummeled in public and private. What does this do? It causes them to recoil and retreat. They look like a Lab that bumped into a Pit-Bull. They get wounded and gun-shy.

Around this time I can remember our Senior Pastor reminding us in a staff meeting that “as a church we want to be known by what we are for rather than just what we are against.” I thought this was brilliant. It was exactly what I was working through. Now I had a tag-line to accompany my personal re-branding campaign.

This is really where the coin dropped for me.

How can you be discerning without always being angry? What I mean to ask with this is, “Can you be critical without being negative?” In other words, can you examine everything carefully and not come off like you’re angry with everyone else who doesn’t agree with you?

I think you can. And I think the answer lies in the gospel.

Here are some thoughts that have been helpful to me:

1) The Gospel is the priority. This means that it is the supreme basis for unity and division. Without this you really have nothing. It is the ‘first-level’ of doctrinal agreement that must be there. If you agree with someone on this then you agree with them on a lot. In fact, you are friends. Better than that, you are in the same family. Therefore, you should put away the theological shotgun when talking with them. There is a place for rigorous theological discussion but not the type of vitriol that looks like a Pit-Bull on a Collie.

2) Since the Gospel is true…then you are a sinner. This means that you are not glorified and therefore do not know everything. You need a Savior not only for what you do but what you think. Therefore, don’t act like everyone else just needs to be ‘synced’ up with you.

3) Be Humble. This goes with number 2. If you are talking with a brother or sister who does not line up on every area with you, humility should be the tone communicated (Eph. 4.25-32) After all, #’s 1 & 2 above are true right? You do love them right? You really want them to be encouraged in Christ right?

4) Pick your spots. Currently, there is a lot of political debate on whether or not America should be the world’s policeman. Similarly, in every discussion and on every occasion, do we have to gas up the theological jets and drop payload on people who say something you disagree with? Are there times to actually bite our theological tongues? I think so. (again, not always, and certainly not on the issue of the gospel)

5) Read Church History. Take a look back in time and see the way in which saints have handled things in the past. Not to be pragmatic, but did the advancement of the King’s flag really come when the army was entrenched in with barbed wire and machine guns waiting to blast everyone? It seemed to come through a firm grasp of the gospel and then a prayerful attempt to live out the implications of it in love and grace.

By God’s grace I think I’m growing in this area, but I still see a lot of tendencies. I also realize that you can forget the gospel in the other direction and accept everyone. This is the challenge of balance in the gospel. It is also the blessed fruit of the Holy Spirit leading and shaping his people.