South of Royal is a church-based worship band that demonstrates the “synthesizers and drum machines” style of hymnody. Called everything from synth pop rock to indie synth worship, the band is pushing the musical boundaries of worship in wonderful new ways. Their combination of “theologically conservative yet musically adventurous” is something I believe more gospel-centered churches should emulate. God created us to be creative; why shouldn’t church musicians be known as the most creative of all musicians?

Based out of The Village Church in Dallas, Texas, South of Royal gets its name from the church’s location (one block south of Royal Lane) and also from their posture before the King. I recently asked the band a few questions about who they are, what they’re trying to do, and what they might say to other worship leaders looking to push aesthetic boundaries in church music. Watch a music video for South of Royal’s “Hold Fast” below, followed by our Q&A.

What’s the story of South of Royal? What is your goal as a band?

Steven Cooper (songwriter, bass, synth): We started as a worship band at The Village Church Dallas (on Walnut Hill). Daniel Clay, our lead singer, was the worship pastor there, and the rest of the worship band is made up of volunteer members of the church. In 2016 we started looking for ways to put our own spin on songs we were playing at church.

Daniel Clay (songwriter, vocals, keyboards): We wanted to start using different instrumentation and try out new arrangements to popular worship songs and old hymns. Coop has always been a fan and collector of synthesizers, growing up in the ’80s I guess, so he started playing a moog instead of a bass, and our drummer started incorporating more electronic drums, drum machines, and samples. Then we took off from there. Our hope is that people will not only sing our songs when they are at a church service, but that they would be encouraged by it in a difficult season of life, turn it up on their way to work, while working out, or on a Saturday morning. We also hope to show that worship or church music doesn’t have to sound like a certain style. There are so many topics, instruments, and sounds available to us. Christians should be leading the way in creativity in musical writing and production. Even if our contribution to this end is slight, we hope that someone might stumble across our music and be motivated to try something new.

For musicians who make music primarily in the context of the local church but whose music also reaches beyond their church, how does this relationship work? What are the cautions and opportunities of having dual audiences (a specific local community and a general global church)?

Clay: We started writing songs in response to what we were experiencing ourselves and what people in our church were walking through. Our intention was to give voice to the needs of people in our circle, reminding them that they aren’t alone and that there is hope in Christ. Of course, we wanted it to have wider appeal than just our church. But that wasn’t what drove our writing. It seems that writing from a personal and local perspective has borne a broader audience than writing from a broader perspective would have.

I would say focus on what’s around you and how you might be a benefit to the people you know. Being specific will likely appeal to more people (by accident) than purposefully striving for mass appeal ever could. I would also say to never use your congregation or position as a platform to gain a following. Probably 50 percent of our church has no clue who South of Royal is, and I love that . . . usually. We sing our songs but don’t push our band.

How would you encourage worship leaders and musicians in local churches who want to push musical boundaries but who might feel constrained by the limitations of tradition and congregational tastes?

Cooper: I would encourage them to start the process slowly, but steadily. If you hear other instruments or arrangements in your head, or wish you could lead songs from other styles of music, you should share that with your congregation. I don’t know how the church benefits from a worship methodology that says all songs should sound the same and be led from acoustic guitar.

I don’t know how the church benefits from a worship methodology that says all songs should sound the same and be led from acoustic guitar.

At The Village Dallas, we used to start off worship sets with something new. One song out of the four would have an unorthodox musical element or new vibe for worship music. We started by subtly rearranging songs we were already singing, perhaps replacing a traditional bass guitar with a bass synth, or using more loops and a drum machine rather that the live kit behind a plexiglass shield. To take it a little further, we started rearranging old hymns. It was helpful for the congregation to already feel comfortable with the lyrics and basic melody of the song. We took “All Hail the Power of Jesus’s Name” and wrote new music around it, including a new chorus (listen on Spotify).

It’s going to be too much for a worship leader to show up one Sunday with three original songs all led from a synthesizer, while also mixing in a hip-hop feature. I think you need to communicate why the band is trying new sounds and ideas and gradually introduce them over time.

Where can people listen to your music? 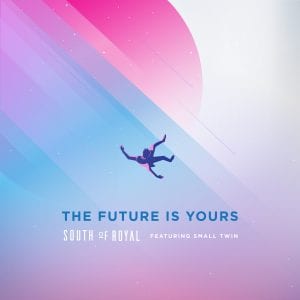 We just released our latest single, “The Future Is Yours,” and we are headed back into the studio to record five more songs in 2019. You can hear our music on all major online platforms like Apple Music, Spotify, Amazon, iTunes, and so on. Here is a link to our latest single: http://smarturl.it/yodvqb