The elders in my church are debating among ourselves the prudence of taking the government-backed loan offered by the recent CARES Act. A significant portion of our congregation may soon be out of work, and we assume that tithes and offerings will be drastically reduced over the next several months. If we qualify for a loan from the relief package, is there a reason we shouldn’t take it? We don’t want to walk into a financial trap or do something unethical.

You’re not alone in wondering about whether your church should accept the relief offered in the recent supplemental legislation known as the Coronavirus Aid, Relief, and Economic Security (CARES) Act. Many churches are (or soon will be) trying to determine whether they should apply for such loans to help cover their operating cost. Unfortunately, there is no obvious command or principle in Scripture that would resolve your question one way or the other. In the absence of a clear mandate, we must decide using God-honoring prudential reasoning.

Before we consider how to answer the question, though, let’s clarify what we’re talking about.

The CARES Act makes it possible for some churches (and other 501c3 organizations) to qualify for a portion of the $367 billion in Small Business Administration (SBA) loan guarantees and subsidies. This legislation expands allowable uses for such loans to include employee salaries, insurance premiums, mortgage payments, payroll support (including paid sick or medical leave), and other debt obligations. 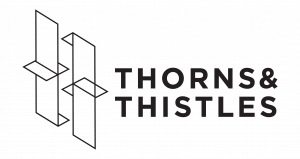 The loan requires a “good faith” certification that the funds will be used to support ongoing operations, retain workers, and/or maintain payroll or make mortgage, lease, and utility payments. The loan is forgivable (i.e., doesn’t require repayment) if the church employed the same number of people (or more) during the loan period as they did in 2019. Funds that are not forgiven have a loan maturity of 10 years, and loan payments under this program are not due for one year. No fees are included for the loan, and no collateral or personal guarantees will be required.

The loan does not come directly from the government but from a local bank. Unless the loan is forgiven, the loan is merely guaranteed against default by the SBA.

If I were to advise my church on this issue, I would have no qualms in recommending that we apply for such a loan if it was needed to cover operating expenses. My reasoning is based on a similar rationale as to why churches should receive tax exemptions. To better understand why churches should have no qualms in accepting the loan, it might be helpful to consider why the government should not object to offering such funding to churches.

According to the IRS, the rationale for granting tax exemption to certain private entities—such as churches—is based on the theory of shared social responsibility. The position of the IRS is that the government and its citizens jointly share the responsibility for the well-being of the entire nation.

The current COVID-19 crisis provides a prime example of this concept in action. Most churches in the United States have been willing to share the social responsibility of protecting the public health by shutting down their operations, including Sunday services. This willingness to comply with government directives has taken a significant financial toll on many churches. Like many other Americans, I believe it would be a violation of the “theory of shared social responsibility” for the government to ask churches (and church members) to do their part and yet say “You’re on your own” when it comes to shouldering the financial burden.

Under normal circumstances, we would want to avoid the entanglement of church and state by taking government funding to pay for such expenses as church payroll. But in this case, the government is merely compensating the church for the damages that resulted from complying with a government request. This situation would be similar to the government needing to tear up a church parking lot to get to a sewage line, and then giving the church money to fix the damage.

Does It Give the Government Power Over Our Pulpits?

Some church leaders may worry that by taking the money the government could add an immoral retroactive stipulation. For example, they may be concerned that government officials would say that churches that accepted such loans should no longer preach against same-sex marriage. There are several reasons we should not be overly concerned about such a slippery-slope.

Under U.S. law, once a contract has been signed it’s unlikely that a court would allow any modifications not previously agreed to by all parties. For a church to accept the condition of the loan, they will have to sign a contract with the bank based on the conditions set by the SBA at the time of signing. That’s why I’m not worried about conscience-violating conditions being added later. The churches would be entering the contract under the assumption that the government is acting in good faith, and that Congress has no intention of retroactively changing the terms of the contract. While such a situation in not inconceivable, it’s almost impossible to believe it would succeed even if Congress had the audacity to attempt it.

If we had reason to believe that the government would and could successfully add a post-contract clause that would cause churches to violate their faith and conscience, we might have cause to be hesitant. But as it currently stands, I don’t think there is much danger of that happening. First Amendment protections, current court precedents on religious liberty, and the standards of contract law combine to provide a solid bulwark of protection.

While there is almost no danger of the loans being used against the churches and no obvious reasons church leaders should reject such loans, some elders may still feel it would violate their principles or conscience to accept such government-backed funding. Although I would disagree with their position, I would not necessarily conclude that they are being unwise or imprudent.

As TGC Council member Russell Moore points out, this is an area where faithful Christians can disagree. “A church may believe that taking any loan is wrong. And a church may be uneasy taking advantage of these loans for any number of reasons,” Moore says. “I would not condemn such a church at all. As the Apostle Paul has told us, under inspiration by the Holy Spirit, let each ‘be fully convinced in his own mind’ (Rom. 14:5).”