This article is adapted from Jay Y. Kim’s forthcoming book, Analog Christian (IVP, 2022). Kim also contributed to TGC’s new book on deconstruction, Before You Lose Your Faith: Deconstructing Doubt in the Church.

Satoshi Kamiya is widely considered one of the greatest origami artists in the world. He’s best known for Ryujin 3.5, an impossibly intricate paper sculpture of a dragon. Origami artists sometimes share their crease patterns, which are detailed diagrams of every fold involved in a finished piece. Here’s the crease pattern for Satoshi’s Ryujin 3.5: 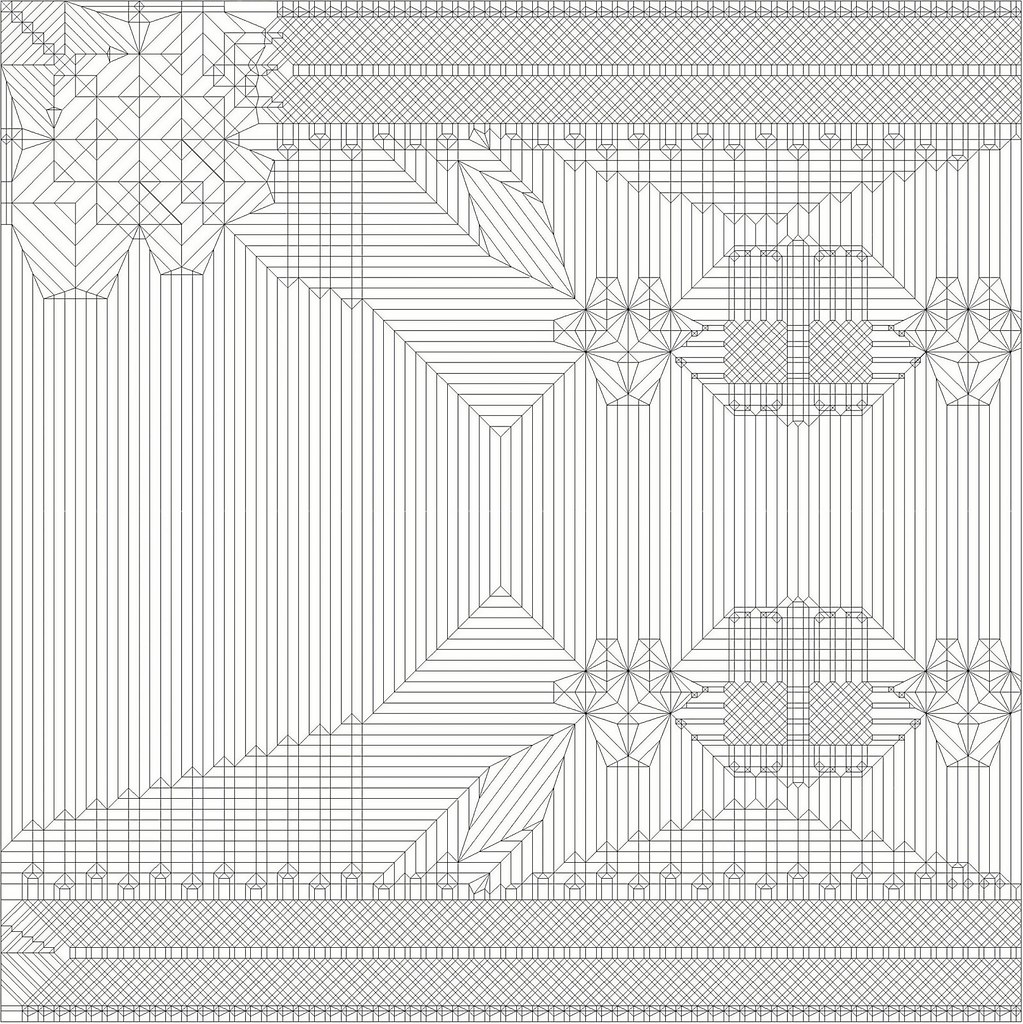 In traditional origami, there are no cuts. That’s the case with Ryujin 3.5. The entire piece is of a single large and unadulterated sheet of paper. Tutorial videos on YouTube are 12 hours long. Even highly skilled and experienced origamists take weeks and even months to complete it.

It’s hard to fathom the patience and precision required. But when applied with the necessary care, commitment, and skill, the shapes and stories one can tell with the single sheet of paper, whole and intact, is beyond imagination. This is what the completed Ryujin 3.5 looks like: 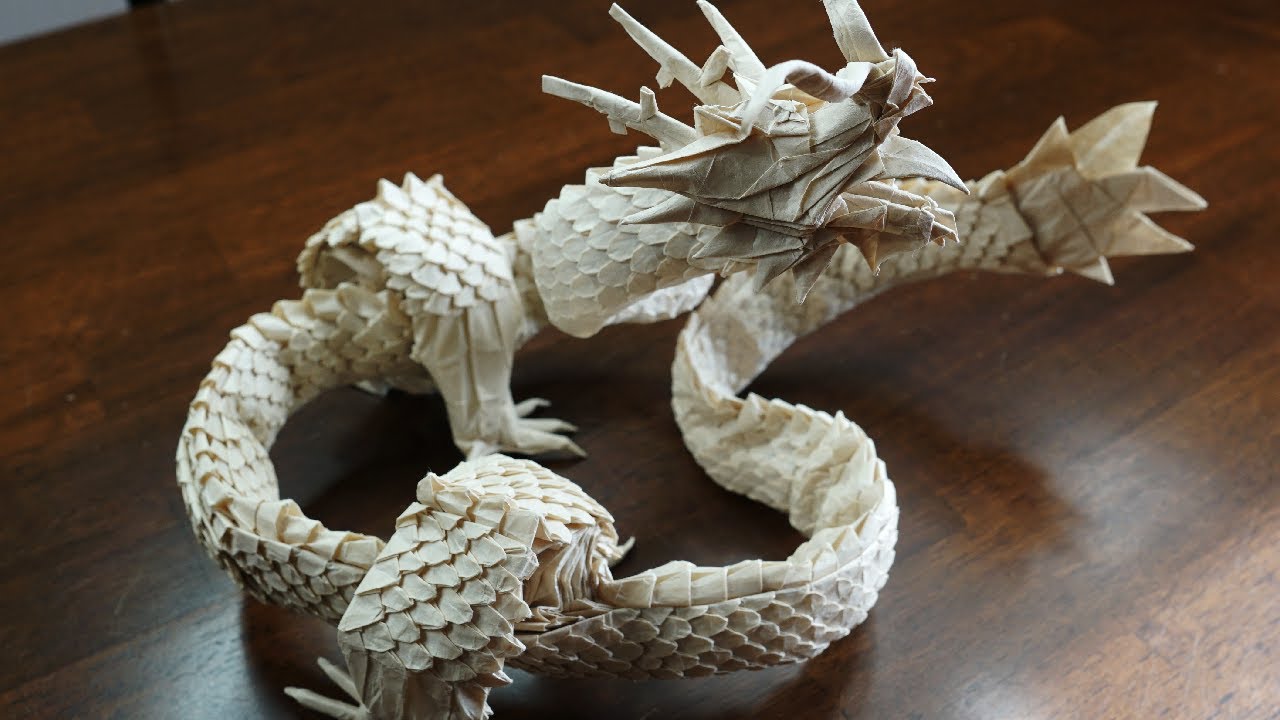 Following Jesus usually begins simply enough. We believe and receive the gospel story and learn to live as God’s beloved. The early days of faith feel as light and free as a paper airplane. But as life marches on, the crease patterns become more complex. Questions about the Bible, the church, and our stories begin to populate the page. Soon enough, navigating faith feels nearly impossible. In frustration, we crumple up the paper and stop folding altogether.

I can empathize. In my early college years I went through doubt, deconstruction, and eventual deconversion. The Bible stories I cherished as a kid and the fond youth-group memories of my teenage years couldn’t bear the complexity of my questions. The crease patterns began to blur my vision and I crumpled up faith altogether.

But doubt and deconstruction need not be enemies of faith.

Most of us are familiar with the passage in Scripture we call the Great Commission:

Now the eleven disciples went to Galilee, to the mountain to which Jesus had directed them. And when they saw him they worshiped him, but some doubted. And Jesus came and said to them, “All authority in heaven and on earth has been given to me. Go therefore and make disciples of all nations, baptizing them in the name of the Father and of the Son and of the Holy Spirit, teaching them to observe all that I have commanded you. And behold, I am with you always, to the end of the age.” (Matt. 28:16–20)

Until recently, I’d neglected a key part of the story. As the 11 remaining disciples gather around Jesus for the last time, the story tells us, “some doubted.” And in the midst of their doubt, Jesus gives them all the Great Commission. History tells us that all 11 of these men would live the rest of their days committed to the gospel, helping establish the Christian church. All of them, including the ones who doubted.

Even after encountering the risen Christ, the questions lingered. Some of these men were deconstructing their paradigms, questioning what was and wasn’t true, wondering if any of this made actual sense. Yet they stayed. And God changed the world through them.

More recently, giants of the faith like Martin Luther, John Calvin, Charles Spurgeon, and C. S. Lewis, among many others, admitted personal wrestlings with doubt. In the words of Parker Palmer, “the deeper our faith, the more doubt we must endure.”

What the first disciples who doubted and the more recent doubters share in common is patience. Deconstruction of previously held ideas didn’t lead them to denounce or depart from faith. From the very early days of the church, faithful commitment to Christ amid and in spite of doubt was normal.

This is in stark contrast to the typical deconstruction stories of our day, when departure from faith often seems inevitable at the first sign of dissonance.

In his book The Patient Ferment of the Early Church, Alan Kreider highlights the early Christians’ slow, methodical approach to discipleship. Complete belonging in the community of faith came only after months and years of catechesis.

Rather than an attractional approach to evangelism, early Christians made discipleship intentionally rigorous. Becoming a Christian and learning how to live as a Christ-follower was too important to rush, these early Christians believed. Transformation into Christlikeness took time—time they were willing to commit.

From the very early days of the Christian church, faithful commitment to Christ in the midst and in spite of doubt was normal.

This isn’t to take anything away from stories of sudden, radical conversions. My mother’s story of faith began like that in 1981. But she is who she is today because of 40-plus years of patient, faithful commitment to Jesus, through many seasons of doubt. Her conversion was immediate but her formation has taken a lifetime.

Our lack of patience today is fueled by a lot of things, including a pervasive consumerism that hooks us on instant gratification, and a sped-up media landscape in which narratives, debates, and viral sensations can blow up, become a Very Important Thing for a brief period, and then die off with astonishing speed.

Our culture of short attention spans favors bursts of opinionated intensity over slow, considered simmers. Our addiction to novelty also places a high value on leaving the old and discovering the new. As A. J. Swoboda writes, “Being post-anything is now a sign of arrival and maturity.” Rethinking is valued over remembrance. Innovation is valued over continuity.

Truth established over a long span of history matters little in the chronological snobbery of the digital age.

Rather than constantly vacillating between pre- and post-anything in our faith, what if we valued patience? When we’re overwhelmed by the crease patterns of questions and doubts, we need deep breaths and even deeper prayers. We need grit and resolve to stay awhile, inviting the Holy Spirit to do his slow-growth work.

This is just as true for those called to care for and shepherd others through doubt as it is for those deconstructing themselves. While it would often be easier to give up on those who don’t see things the way we do, where would we be if God gave up on us that way? If you’re pastoring someone asking hard questions, be patient. Quick answers to complex questions, or quick dismissals of real doubts, can do great harm. Go slow. Invite the person to go slow with you.

In our backyard is a small garden. While the leaf lettuce, radish, and green onions grow quickly and easily, we have to practice more patience with the basil and perilla leaves. I’ve never had a green thumb, but I’ve discovered the quiet joy of watering, watching, and waiting. Gardening isn’t about immediate results; speed and expediency have no place in dirt and soil.

So it is with faith and doubt. This is why Jesus says “I am the vine; you are the branches. Whoever abides in me and I in him, he it is that bears much fruit, for apart from me you can do nothing” (John 15:5). The word “abide” here is the Greek word menō, the verb form of “dwelling place.” It indicates an extended stay in a particular place, dwelling amid hospitality and grace.

Following Jesus, even through deconstruction, begins and ends in his presence—staying put with him, remaining, dwelling in his hospitable grace. There is more than enough space here for all our questions, uncertainties, confusion, and doubt.

Jay Kim serves as lead pastor at WestGate Church. He’s the author of Analog Church and Analog Christian, and he and his wife, Jenny, live in the Silicon Valley of California with their two children. You can follow him on Twitter.