The research is clear: One of the best ways to prepare students to sustain their faith throughout college is to force them to answer hard questions. While some apologetics are timeless, it’s vital for churches and parents to monitor the most prominent current questions and challenges Christians face on college campuses today.

Students must be armed with at least six apologetics to be ready to answer the hardest questions they’ll face from professors as well as fellow students. 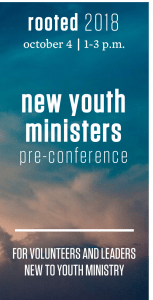 1. Did Jesus Literally Rise from the Dead?

A good starting point for building an apologetic is 1 Corinthians 15, where Paul presents the eyewitness testimony of Christ’s resurrection.

2. How Was the Bible Formed?

A common way young people become confused about Scripture in college concerns the issue of canonization. How were the books of the Bible selected? Through the internet, TV documentaries, and revisionist religion professors, volumes of misinformation about the Bible’s formation exists.

This also helps debunk the false notion that heretical books (e.g., the Gospel of Thomas) were given serious consideration or that the debate extended into the fourth century.

3. Is Every Word of Scripture Authoritative?

The norm in our individualistic age is to pick and choose which the parts of Scripture we like. But since the Bible came from God—not one particular culture or person—parts of the Bible will always offend and conflict with modern thinking at some point. The temptation will arise, then, for a Christian student to overlook or renounce those parts.

The best argument for the authority of all of Scripture is to look at Jesus’s own view of Scripture. There are a multitude of passages where Jesus reveals his view of the Old Testament. It’s clear he believed that every word originates with God. If Jesus regarded all the Old Testament as God’s Word, then we can confidently affirm the same about the New Testament.

If your children are brave enough to admit they believe in the Bible’s design for marriage, they will be called a bigot. So they will need a more sophisticated answer than “the Bible says so” for why they believe marriage is between a man and a woman. Yes, the biblical affirmation should be enough, but having a theological foundation is also necessary.

God’s design for humanity is that we enjoy a relationship with him and others as he enjoys within the Trinity. Within the Trinity, three distinct persons are united into one Godhead. In salvation Jesus and a person become one through union with Christ. Our relationship with Christ is described with the language of marriage. In a manner that reflects the economic Trinity and union with Christ, marriage fits together a man and a woman—distinct persons—such that they become united as one. An answer with theological depth will serve a student well.

5. Why Does the Bible Prohibit Eating Shellfish?

A reasonable question non-believers have about the Christian faith is why we uphold certain parts of Old Testament law but not others. It looks from the outside as if believers arbitrarily pick and choose what we want to obey. People will often cite dietary laws against eating shellfish as evidence of perceived hypocrisy.

Though the answer requires a longer explanation than I can offer here, the basic gist should focus on two transitions from the old covenant to the new: the change in (1) how we worship and (2) how God’s people are identified. In the new covenant, God’s people are not defined as a geopolitical nation (Israel). Instead, they are all people who put their faith in Christ. As a result, we don’t follow the Old Testament’s civil laws.

Also, due to Christ’s sacrifice and the coming of the Holy Spirit, we now worship God differently. God commanded his church to cease the temple sacrifices, circumcision, and Sabbath regulations that the old covenant required. We still observe the moral laws of the Old Testament, but not the civil or Sabbath laws. We do that out of obedience to Christ, not as a matter of picking and choosing.

6. Where Does Gender Come From?

A growing trend on campuses is to regard gender as a fluid reality that a person can adjust on any given day. An acquaintance of mine recently visited a private college in New England, where he learned that professors must ask students three times per semester what pronoun they’d like to be called—in case that student has transitioned during the semester.

If nothing else, we should show youth that God, not culture, ordained gender when he made man and woman. God made us to understand and relate to him, and gender has a role in this purpose.

Having the right answer does not ensure that students will win people to Christ or that there won’t be difficulties as they navigate college. However, strong apologetics can give a student confidence in Christ and his Word when challenges to faith inevitably arise.