Eric Seibert’s The Violence of Scripture: Overcoming the Old Testament’s Troubling Legacy builds on his earlier work, Disturbing Divine Behavior: Troubling Old Testament Images of God (Fortress, 2009). An Anabaptist/pacifist, the professor of Old Testament at Messiah College recently summarized his approach to Scripture in a blog post titled “When the Good Book Is Bad”:

To put it bluntly: not everything in the “good book” is either good, or good for us. I realize this may sound blasphemous to some people and flies in the face of everything they have been taught to believe about the Bible. When the church grandly proclaims the Bible to be the Word of God, it gives the impression that the words of Scripture are above critique and beyond reproach. We are taught to read, revere, and embrace the Bible. We are not taught to challenge its values, ethics, or portrayals of God.

In The Violence of Scripture Seibert notes that “virtuous violence” in OT texts has been used to justify colonialism, ethnic violence, and the abuse of women: “The Old Testament itself is part of the problem” (26). This is due largely to the fact that OT authors embedded into the biblical text ancient Near Eastern values and beliefs such as ethnocentrism and patriarchy—views that don’t reflect the character of a compassionate, merciful God (8). OT civil punishments, imprecatory psalms, prophetic judgment oracles, and alleged acts of divine judgment like Noah’s flood or Sodom’s destruction exhibit violence, which Seibert defines as “physical, emotional, or psychological harm done to a person by an individual (or individuals), institution, or structure that results in injury, oppression, or death” (9). But these events have nothing to do with God’s character, he claims. We should distinguish between the textual God (the literary representation) and the actual God (the living reality)—especially in the OT, where the gap is often very wide—since the OT makes assumptions about God that “people of faith today should no longer accept” (117). For example, God doesn’t cause one nation to win (or lose) battles; this instead depends on troop size, weapon sophistication, and the like. To guide us in interpreting OT texts, then, we should read them in light of the non-violent, enemy-loving Jesus, whose teachings and example reveal God’s character perfectly.

Seibert thus urges us to read the Bible carefully, conversantly, and critically—not compliantly (57). He gives specific guidance for reading the OT non-violently: read actively (not passively), question (not just listen to) texts, and ethically critique (not uncritically approve) violent texts. We engage in ethical critique by adhering to the rule of love (reading for the love of God and others), a commitment to justice (setting things right), and a consistent ethic of life (valuing all people). In critiquing, we should consider the OT’s multiple “voices”—some of which challenge “virtuous violence.” (For example, the Canaanite Rahab appears more like an Israelite while the Israelite Achan appears more like a Canaanite, which helps prevent pitting “bad” Canaanites against “good” Israelites.) Moreover, we should read with the victims and their families (didn’t Goliath have a family for whom he cared?) as well as from the margins—from the outsider’s point of view (how would Canaanites have viewed Israel’s entrance into their land?). In all of this, we must transcend the OT’s violence by looking at the character of God in Christ.

Seibert then applies these guidelines in Part Three, offering specific strategies for dealing with violent texts, particularly concerning warfare and the treatment of women. For example, we should name violence as it is—say, by calling the Canaanite slaughter “genocide.” We must also recognize the bias of Israel’s one-sided war stories (119) and develop compassion for Israel’s enemies. We should see that warfare harms everyone, leaving both widows and orphans and encouraging revenge (127).

A few responses are in order: First, Seibert rightly urges us to think more deeply about difficult, ethically troubling OT passages rather than simply glossing over them. Scholars such as Christopher Wright, Gordon Wenham, David Lamb, and John Goldingay do an admirable job of honestly wrestling with them. As part of an ongoing project, I’ve also tackled this topic in Is God a Moral Monster? Making Sense of the Old Testament God (Baker, 2011)—with related books in the works. While we may disagree with Seibert’s conclusions and methodology, we can all appreciate his desire to grapple with the texts. And professing believers’ abuse of Scripture should trouble us. Yet despite “Christian” distortions of Scripture across the centuries, let’s not forget about the numerous moral gains brought about by, yes, Bible-reading Christians in Western civilization—democracy, human rights, women’s rights, civil rights, abolition, and much more (see Rodney Stark’s The Victory of Reason and Alvin Schmidt’s How Christianity Changed the World). 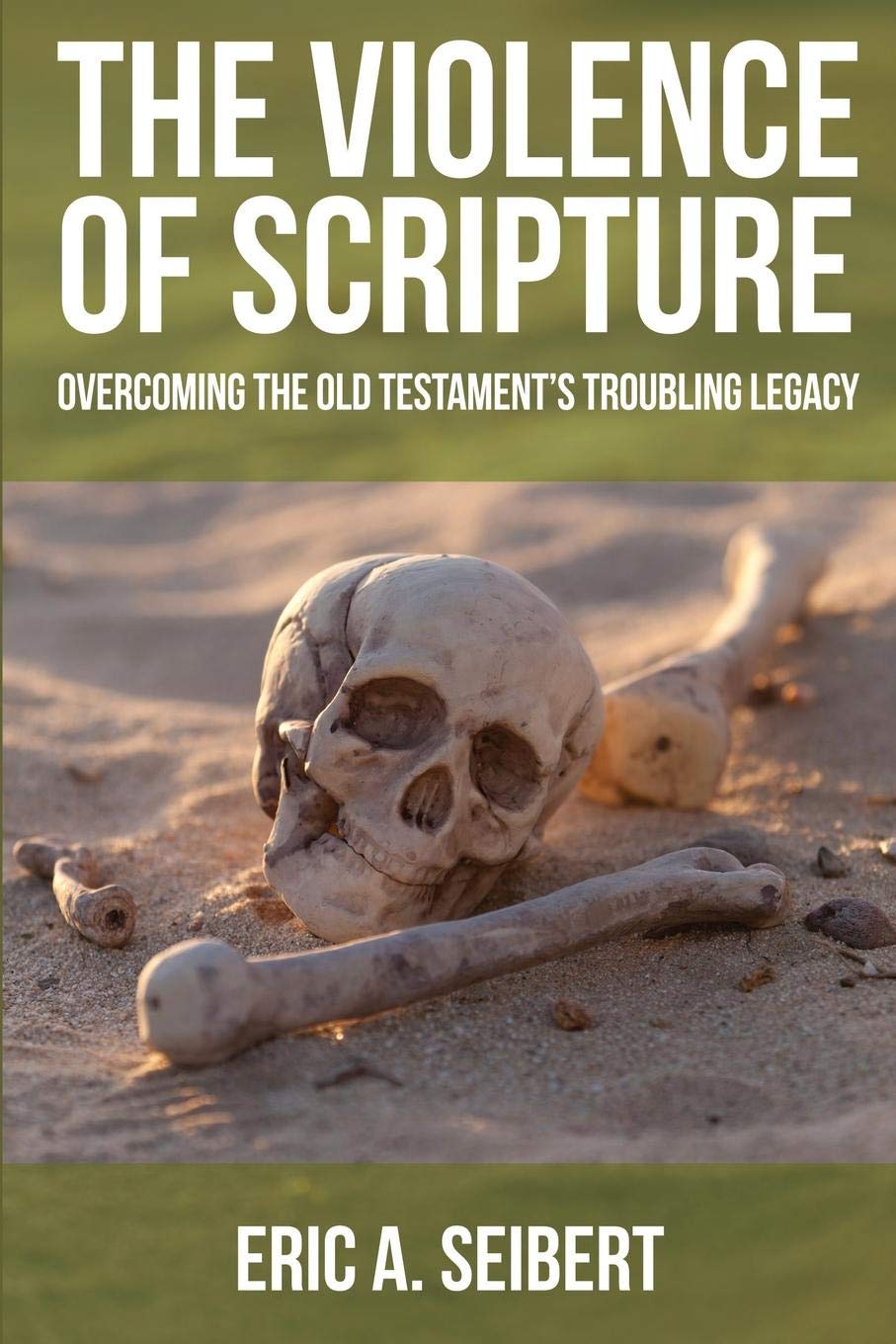 The Violence of Scripture: Overcoming the Old Testament’s Troubling Legacy

The Violence of Scripture: Overcoming the Old Testament’s Troubling Legacy

Second, Seibert’s negative comment that the church “grandly proclaims” Scripture to be God’s Word is rather unfair. After all, Jesus himself “grandly proclaims” this as well—down to the “smallest letter or stroke” (Matt. 5:18; cf. John 10:35). The apostle Paul likewise insists all Scripture is breathed out by God and profitable (2 Tim. 3:16). Ironically, Seibert claims Jesus is the hermeneutical key to his ethic, yet he doesn’t actually adopt Jesus’ own attitude toward Scripture—a point made quite apparent in the appendix to his Disturbing Divine Behavior.

Third, Seibert’s appeal to Christ’s authority is selective. In OT prophetic fashion, Jesus regularly issues denouncements and threats of judgment. He routinely pronounces temporal judgment on Jerusalem, which would come at the hands of Rome in AD 70. He also assumes Sodom, Tyre, and Sidon had been divinely judged, which serves a springboard for condemning Bethsaida, Chorazin, and Capernaum in Matthew 11:21-24 (cf. Matt. 10:15). Notice these warnings of judgment immediately precede Jesus’ self-description as gentle and humble in heart (Matt. 11:28-30)! Jesus likewise takes for granted divine judgment in Noah’s day (Matt. 24:37-39). And in a symbolic act, an enraged Jesus makes a whip to drive out moneychangers from the temple (John 2:15). Does this act not have a touch of the kind of “violence” Seibert condemns? What of Jesus’ indictment of stumbling blocks who should have a millstone tied around their necks and be drowned (Matt. 18:6)? Christ also threatens the “wretched” vinegrowers (Israel’s leaders) with judgment (Matt. 21:41; Mark 12:9)—just as he does the Nicolaitans and “Jezebel” in Revelation (Rev. 2:16, 21-23). Unlike Seibert, Jesus clearly believes in the appropriateness of temporal divine punishment.

Fourth, what about the rest of the NT? Paul references severe temporal punishments on Israel as an example to us (1 Cor. 10)—some Israelites laid low, others destroyed by serpents, others by “the destroyer.” He acknowledges the judgment of sickness and even death because of the abuse of the Lord’s Table (1 Cor. 11:30). Stephen matter-of-factly mentions nations dispossessed by Joshua (Acts 7:11). Paul says Israel “overthrew” the seven nations of Canaan (Acts 13:19). The author of Hebrews speaks of the faith of those who “conquered kingdoms,” “became mighty in war,” and “put foreign armies to flight” (Heb. 11:33-34). He also commends Noah and Abraham for their faith (Heb. 11:7, 17)—the very settings of “virtuous violence” Seibert rejects. And what about the temporal judgments—and final judgment—on unbelievers mentioned throughout Revelation? Jesus and the NT writers don’t actually read the OT the way Seibert thinks they should. Contrary to the advice Seibert gives about reading carefully and critically, he himself glosses over clear pronouncements (or descriptions) of divine judgment by both Jesus and the NT authors. Seibert’s approach includes downplaying or even denying the historicity of numerous OT events as well as clear statements by Jesus because of their connection to divine wrath. He claims only a “few cases” are historical events essential to our faith (Disturbing Divine Behavior, 120).

However, imposing this non-violent grid on the words and actions of God/Jesus requires significant hermeneutical gymnastics—an approach that creates an interpretive straitjacket for Seibert. Unlike various other Christian pacifists, Seibert’s absolute pacifism requires him to dismiss or ignore Jesus’ own authoritative statements, vast tracts of Scripture pertaining to divine judgment (e.g., the prophetic books, Revelation), and sections of Scripture where force—even of a lethal nature—is warranted. These include God’s ordaining the minister of the state to bear the “sword” (Rom. 13:4) or Paul’s benefiting from military force when his life is under threat (Acts 23; cf. Luke 3:14). What about Peter who strikes down Ananias and Sapphira, who have lied to God (Acts 5)? What of Paul who blinds Elymas (Acts 13)? Seibert calls us to read the Scriptures discerningly, but his own hermeneutic promotes undiscerning selectivity that ignores the very stance of the NT and Jesus himself.

“Behold, the kindness and severity of God” (Rom. 11:22). Seibert emphasizes God’s kindness but, in Marcion-like fashion, denies God’s severity—essentially expunging many “divine judgment and wrath” texts from his “non-violent canon.” Even the chief OT text describing God as “compassionate and gracious, slow to anger, and abounding in steadfast love and faithfulness” (Exod. 34:6) is immediately followed by these words: “But he will by no means leave the guilty unpunished” (Exod. 34:7; cf. Exod. 20:6). Moreover, the prophet Habakkuk pleads with God in light of pending judgment on Judah: “in wrath, remember mercy” (3:2). Seibert is right to remember divine mercy, but wrong to fail to acknowledge divine wrath. Despite his attempts to correct the church’s thinking about violence in Scripture, Seibert himself often does violence to Scripture in the process.