Many first-time encounters with Muslims raise a question: “What does the average Muslim believe?” Though this question is understandable, Robin Hadaway’s book The Muslim Majority demonstrates that it is harder to answer than one might think. It assumes two things that are not actually true: (a) that there is such a thing as an “average Muslim” and (b) that this “average Muslim” affirms a standard Islamic orthodoxy. In reality, an estimated 70 percent of the world’s Muslims adhere to various forms of folk Islam, which Hadaway defines as “a mixture of traditional religious beliefs and practices with orthodox Islam” (xxii).

As a former IMB missionary and senior professor of missions at Midwestern Baptist Theological Seminary in Kansas City, Hadaway writes to help Christians think well about engaging in evangelism among the world’s Muslims. He dedicates the first half of the book to demonstrating that Islam is not monolithic, nor is the majority of the Muslim population properly orthodox in its faith and practice of Islam.

The second half of the book provides a brief sketch of the history of missionary engagement with Islam, a helpful treatment of worldview-centered approaches, and some examples of what contextualization among folk Muslims might look like. While this slim volume cannot exhaustively address the breadth and variety of expression of Islam globally, it provides several valuable insights for readers seeking to prepare themselves for meaningful engagement with Muslim neighbors and friends. 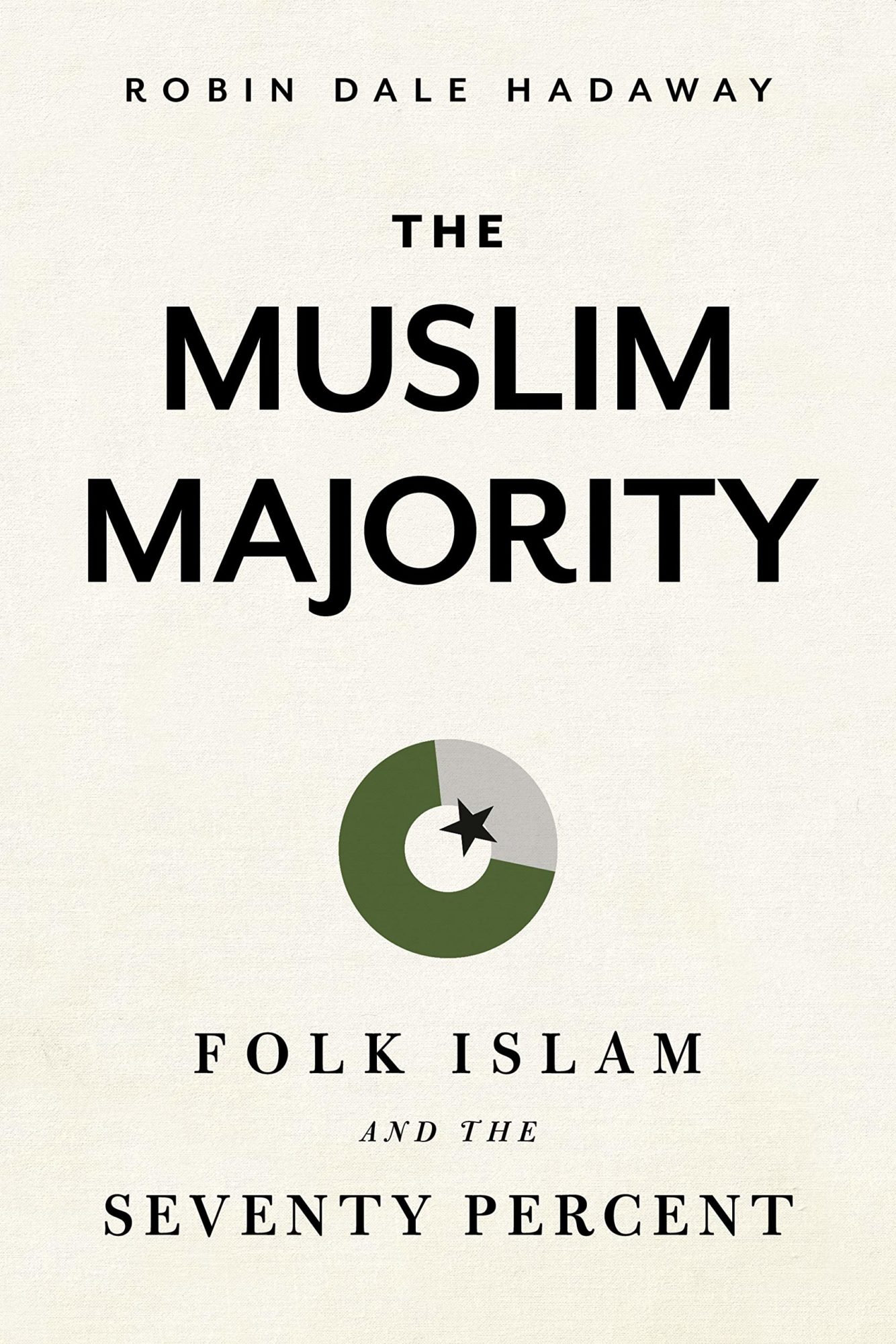 The Muslim Majority: Folk Islam and the Seventy Percent

The Muslim Majority: Folk Islam and the Seventy Percent

More than 70 percent of Muslims worldwide practice folk Islam, a syncretistic mix of theologically orthodox Islam and traditional religious beliefs and practices. The Muslim Majority is unlike many published works on evangelism to Muslims, which argue for either apologetic or contextualized “bridge” approaches. These approaches are often ineffective in reaching adherents of popular Islam. Instead, author and missiologist Robin Hadaway outlines a contextual approach that addresses the unique perspective of popular Islam. Hadaway explains the differences between folk Is­lam and orthodox Islam and explores best practices for reaching the vast majority of Muslims with the gospel of Jesus Christ.

One of the most fruitful elements of Hadaway’s approach is that he encourages Christians to undertake a layered assessment of the people among whom they minister. For those working among folk Muslims, familiarity with orthodox Islamic teaching is helpful only as it describes some of the superficial layers of their beliefs.

For those working among folk Muslims, familiarity with orthodox Islamic teaching is helpful only as it describes some of the superficial layers of their beliefs.

As folk Muslims live out their faith, however, the superficiality of their Islamic orthodoxy is often obscured, compromised, or altogether abandoned in preference for local, syncretistic, and even animistic practices. These practices provide a more helpful glimpse into the core worldview commitments held by the community than do the stated theological positions of Islamic teaching.

Where Hadaway’s book is most helpful is his proposal of a biblically faithful and contextually meaningful engagement with folk Muslims. This requires a robust understanding of both worldview and Scripture. As with other works engaging in the discussion of contextualization, Hadaway’s volume attempts the difficult task of incorporating broad, trans-disciplinary resources into a practical and applied proposal.

The question ‘What does the average Muslim believe?’ assumes two things that are not actually true.

With the extensive scope of his task in mind, some readers will be left wanting deeper engagement with particular aspects of his work. For instance, some may find his treatment of honor-shame, guilt-innocence, and fear-power cultures in need of more precision and nuance. His brief presentation of honor-shame, guilt-innocence, and fear-power as worldviews does not anticipate the various relationships between fear, shame, guilt, and power that will manifest differently in diverse cultures. Instead, his treatment leaves the impression that cultures are inclined to broadly ascribe to one controlling perspective as a uniform worldview.

Still, despite the blunt treatment and use of these conceptual categories, they prove helpful for illustrating how his proposed model is more naturally sensitive to such cultural differences. Likewise, Hadaway also demonstrates how his model helps a Christian become more attuned to places the Bible addresses distinct cultural concerns on its own terms. This is a much-needed reminder in contextualization conversations. Too often contextualization proposals result in bending the biblical message away from its purpose by subsuming biblical teaching underneath the weight of unchallenged cultural narratives and concerns.

Instead, Hadaway’s proposal helps readers become exegetes of culture and people. Having understood their context and conversation partners, readers are encouraged to attempt to find places where the Bible naturally connects with and confronts their Muslim friends. Hadaway recognizes that his proposal involves a longer process than apologetic approaches might take. It is also more confrontational than what Hadaway identifies as popular common-ground approaches. But the long-term fruit of helping folk Muslims see, hear, and inhabit the story of Scripture for themselves is worth the effort. Christians will also likely encounter for themselves aspects of the manifold glory of God in Christ that they had not previously seen.

Robin Hadaway has lived and taught the content of his book for decades. As a result, his insights are valuable for young missionaries in training and seasoned veterans alike. His personally informed case study of the Beja people provides a helpful illustration of how a practitioner might apply his proposed model among the various Muslim peoples of the world. Thus, this book has the benefit of being field-tested already.

It is worth noting for potential readers that this book shows some editorial idiosyncrasies. Included throughout are often-unnecessary transliterations of Arabic words, some of which are accompanied by inconsistent Arabic script, and maps that add little substance. Along with the reminder that the exploration of honor, shame, guilt, and fear remains superficial, readers should also be aware that Hadaway rather simplistically reduces the history of missions among Muslims to either contextual or apologetic approaches.

While this binary presents a helpful foil for his middle-way approach, reality paints a much more varied picture of the history of Christian engagement than this duality suggests. Still, Hadaway’s simplified synthesis of these complex discussions is sufficient to alert readers that Islam is not monolithic and to provide a biblically faithful model for meaningful evangelism. As such, this book is rich and relevant for those seeking to minister to Muslims.

Matthew Bennett is assistant professor of missions and theology at Cedarville University. He is the author of The Qur’an and the Christian: An In-Depth Look into the Book of Islam for Followers of Jesus (Kregel Academic, 2022) and 40 Questions About Islam (Kregel Academic, 2020).