As a graduate student in literature in the 1980s, I was introduced to the critical school of new historicism. Initially I thought I’d be an advocate of this theoretical approach to literature. “After all,” I reasoned, “the more I know about the historical period that nurtured Sophocles or Virgil or Dante or Chaucer or Shakespeare, the better I will be able to analyze and appreciate their poetry.”

My hero and role model, C. S. Lewis, had taken such an approach in writing his A Preface to Paradise Lost, a seminal study that helped modern readers to understand Milton and his great epic in terms of Milton’s own beliefs and the beliefs of his age. Surely, Lewis’s approach would help open up new vistas as I dug into the great poetry of Wordsworth and Coleridge, Tennyson and Browning.

As it turned out, my enthusiasm was utterly misplaced. The new historicists didn’t share Lewis’s desire to understand Milton on his own terms. To the contrary, they taught we’re all—even and especially the great poets, artists, and prophets—products of our socioeconomic milieu. From their ultimately anti-humanistic point of view, Shakespeare wasn’t an inspired genius who rose above his spatiotemporal moment to touch on transcendent truth and beauty, but a product of Elizabethan power politics.

In the same way Marxist-inspired feminism has reduced masculinity and femininity to social constructs rather than essential God-given natures, Marxist-inspired new historicism has reduced poets to mouthpieces of the social-political-economic zeitgeist. Sadly, this deterministic reductionism has also found its way into some seminaries, where the Bible is treated not as the eternal Word of God, but as a cultural artifact; not as a revelation of God’s wisdom, but as the impersonal product of textual evolution.

What is the true believer to do in the face of this subtle but insidious attack, not only on the integrity of the Scriptures but on human agency as well? The proper solution isn’t to abandon history and the real influence it exerts on people. Rather, the way out of this dilemma is to balance human dignity and volition with an acceptance of the fact we’re incarnate beings who are situated historically, geographically, and culturally.

Of course, if this is true of us, then it must also be true of the One who, as biblical witness and Christian orthodoxy attests, was fully God and fully man. Christ didn’t merely appear to be flesh, as the gnostic docetists believed; he became flesh and dwelt among us. He was as situated as any man who ever lived. 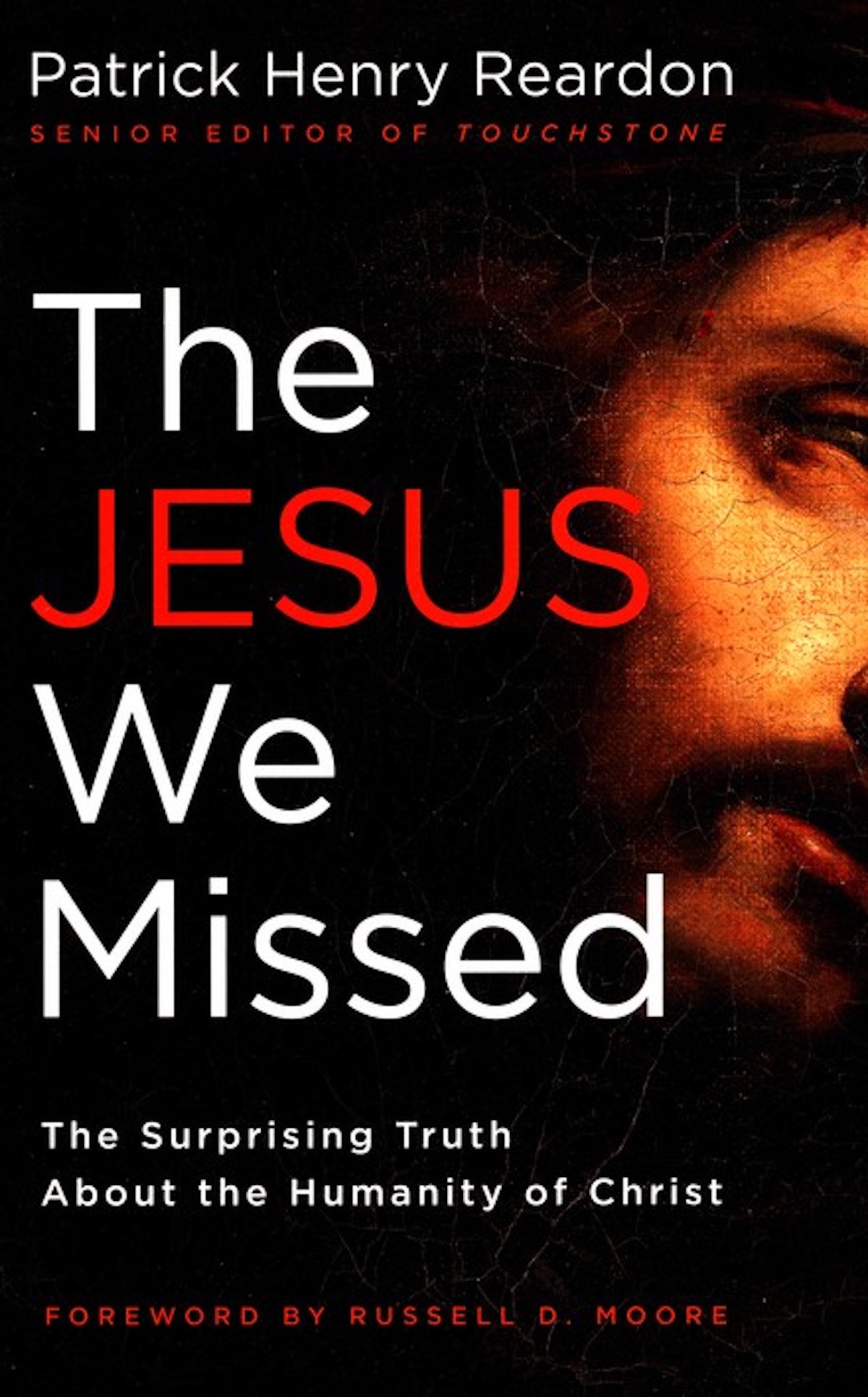 That much is obvious. But how can one pursue such a line of thought without reducing Christ himself—new historicist style—to a product of first-century Roman-Jewish power politics? Until I read Patrick Henry Reardon’s The Jesus We Missed: The Surprising Truth About the Humanity of Christ, I thought such a project couldn’t be done. If tried, it would only rob both Christ and the Gospels of their power and truth.

Indeed, I read Reardon’s introduction with considerable trepidation. How could someone who wrote these words not fall into the black hole of new historicism:

God’s eternal Word took unto himself not only certain human qualities but the concrete, historical circumstances of an individual human life. He made himself a subjective participant in human history, someone whose existence and experience were circumscribed by the limiting conditions of time and space and organic particularity. (xxii)

Surely, I thought, such an approach would reduce Jesus from God the Son in human flesh to an itinerant first-century Jewish preacher with a God-consciousness.

Reardon, pastor of All Saints Antiochian Orthodox Church in Chicago and senior editor of Touchstone, brings to his analysis both a thorough and nuanced understanding of Greek and Hebrew—the translations he uses in the book are his own—and a mind, heart, and spirit steeped in the theological and pastoral writings of the fathers of the church. Everything he says about Jesus’s humanity isn’t only firmly biblical but draws us closer to the incarnate Word.

Humanity of the Eternal Word

Devoting four chapters (one-third of his book) to the pre-ministry Jesus, Reardon carefully presents Christ as having a real human consciousness that developed as he grew. We must not, Reardon warns us,

This may sound at first like psychobabble, a ploy of the Jesus Seminar to subjectify Jesus’s divinity, but it’s not. Reardon simply draws out the full implications of the incarnation, of God’s assumption of our humanity. Though Jesus, as fully God, was connected to the Father, his human brain and consciousness grew and developed; and, as it did so, the Scripture-soaked community of his synagogue and the pious influence of his parents shaped it. Commenting on the similarity between Mary’s response to the Annunciation (Luke 1:38) and Jesus’s prayer at Gethsemane (Luke 22:42), Reardon argues Jesus learned obedience to God (“Thy will be done”) from his mother.

Jesus’s solidarity with man was total. He can sympathize with us, for he faced the same fatigue, hunger, and temptation we all face. Like us, his closeness to God and spiritual strength required long hours of prayer and meditation on Scripture. Even more, it demanded Jesus identity himself with the Old Testament in a total way. Reardon shows how Jesus in his baptism, wilderness temptation, and preaching would’ve slowly but willingly come to identify himself with:

But didn’t Jesus know all these things before he experienced them? No, Reardon declares. Luke 2:52 tells us Jesus increased in wisdom. An increase “implies the making up of a deficiency, the overcoming of a limitation. Logically prior to learning certain things, Jesus was ignorant of them. In short, the limits of the incarnation included Jesus’s experience of ignorance” (79).

Reardon offers many insights into Christ and the Gospels—and he does so in a way that balances a high view of the complete authority and reliability of the Gospel accounts with a rich understanding of the different literary approaches taken by the four evangelists.

I missed The Jesus We Missed when it came out in 2012, just as I missed many essential dimensions of Jesus’s full humanity. I’m glad my eyes have now been opened by Reardon’s seminal, path-breaking book to those vital dimensions of the One who was and is the God-Man.

Louis Markos, professor in English and scholar in residence at Houston Baptist University, holds the Robert H. Ray Chair in Humanities. His 18 books include From Achilles to Christ (IVP), Apologetics for the 21st Century (Crossway), and Atheism on Trial (Harvest), which devotes a chapter to analyzing the Christian and non-Christian elements of Marcus Aurelius’s Meditations.