In December 2001 I had the opportunity to attend the first performance since 1949 of Handel’s Messiah (in Chinese) at the Forbidden City Concert Hall in Beijing. The choir (assembled by a local Christian conductor) sang to a packed house. There wasn’t a dry eye among the thousands assembled as we stood for the “Hallelujah” chorus. I couldn’t help thinking that it was a testament to the fact that neither Marx nor Mao gets the last word in China—the Messiah does.

I thought of that evening often as I read A Star in the East: The Rise of Christianity in China, written by Rodney Stark, professor of social sciences at Baylor University, and Xiuhua Wang, PhD student in sociology at Baylor. In many ways it tells the story of the Messiah’s triumph in China. Stark and Wang set out to shed light on both the how and the why of the spread of Christianity in China. Along the way, they challenge assumptions and shine new light on the types of people turning to Christianity.

Six things in particular stand out to me:

1. The actual numbers are hard to nail down.

A Star in the East takes a hard look at available statistics and analyzes their reliability (or lack thereof). Using two surveys done in China—one in 2001 and the other in 2007—Stark and Wang estimate the number of Christians in China to be around 60 million. 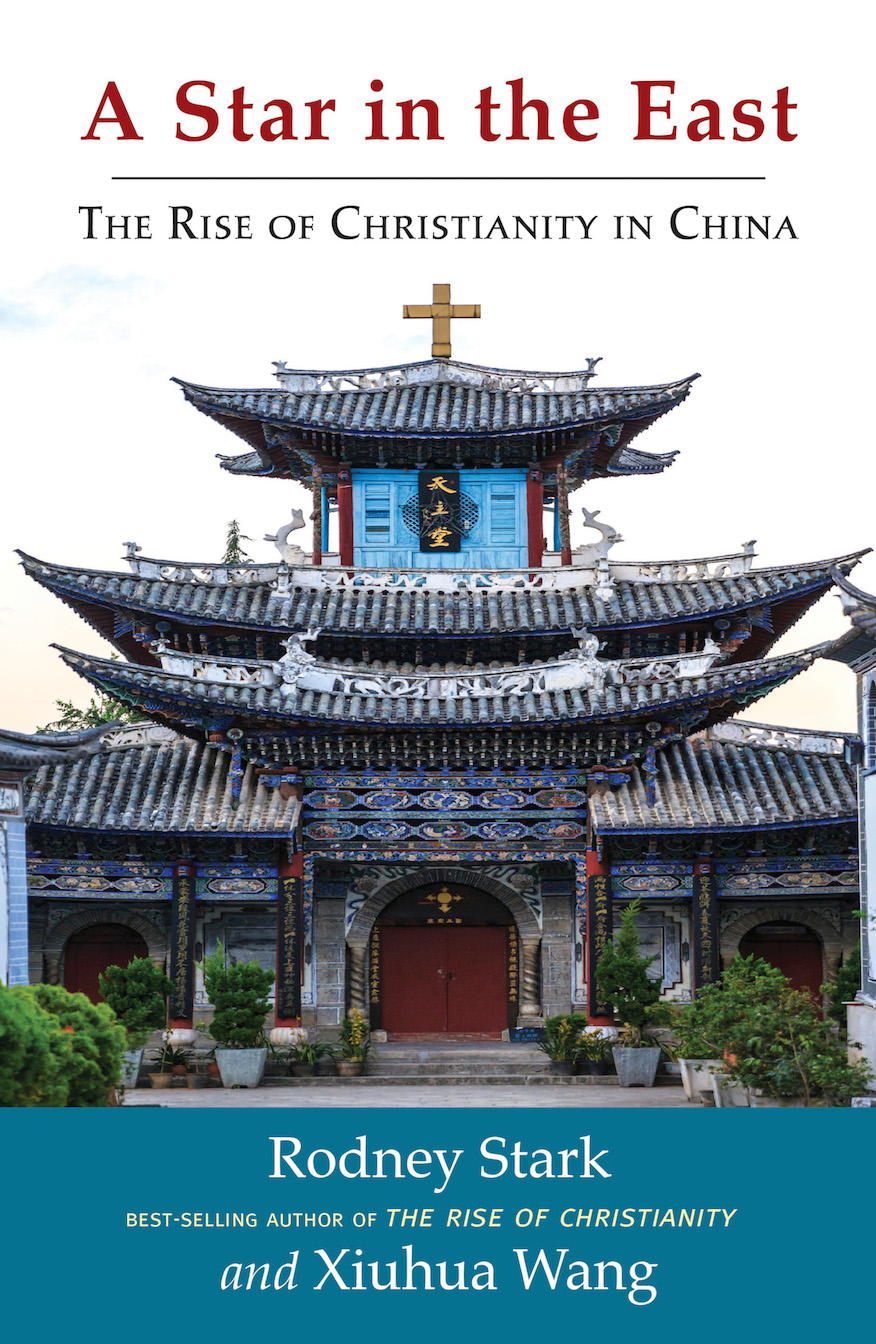 A Star in the East: The Rise of Christianity in China.

A Star in the East: The Rise of Christianity in China.

One of the reasons reliable statistics are difficult to determine lies in the question of what it means to be a Christian. A person who believes in Jesus may not identify as a Christian because they’ve yet to be baptized in a church or because they don’t trust the surveyor enough to tell the truth.

These statistical challenges are present for other religions as well. People who claim to not be religious often take part in religious activities such as grave-sweeping and burning incense in the temple at Spring Festival. I’ve witnessed friends in China—all Communist Party members—praying in temples. “Just in case,” they’ve told me. None of them would identify themselves as being religious, but they were quite keen to engage in a religious ritual.

As the century of missionary activity was winding down in the 1940s, J. K. Fairbank summed up the prevailing view well when he said it had “become evident that few Chinese people were likely to become Christians and that the missionaries’ long-continued effort, if measured in numbers of converts, had failed” (1).

Looking backward—and ignoring the possibility God had other things in store for China—that was not an unreasonable conclusion. According to Stark and Wang, “The best statistics place the number of Chinese Protestants [at the time] at 1,005,699” (39). And since it was widely believed many of those were “rice Christians,” it wasn’t hard to imagine that number collapsing under Communism. But it didn’t. Sixty years later, tens of millions of Chinese are believers.

This doesn’t take away from the contributions of foreign missionaries; in fact, their efforts before 1953 laid the groundwork for the rise of Christianity we’ve seen since. “Had the missionaries never gone to China,” in other words, “it is doubtful there would have been any books written about Chinese Christianity” (41). The missionaries A Star in the East mentions never saw the fruit of their work, but it was God’s work, which means it was not in vain. This is an encouragement to missionaries currently serving in China—or anywhere, for that matter.

3. Persecution has profoundly affected the nature of Chinese Christianity.

A number of years ago I was talking with a Chinese Christian friend about Christianity in China. She was a very opinionated woman who always pushed me to think hard about things. “What we need,” she said, banging her fist on the table, “is more persecution. It’s way too easy to be a Christian in China today.”

Her statement illustrates a point Stark and Wang make in the book: that persecution “served as a potent selection mechanism. Lukewarm liberalism could not generate the level of commitment needed to hold onto one’s faith in the face of considerable persecution risk. Moreover, a high level of member intensity is always what it takes to achieve rapid growth” (72).

As hostility to Christianity and the gospel grows in the West, I suspect that we have much to learn about standing firm from the historical experience of our brothers and sisters in China.

4. The urban character of the Chinese church is not new.

It has long been conventional wisdom that Christianity primarily took root among rural Christians. Stark and Wang challenge this notion with data showing that, as far back as 1918, Christianity wasn’t stronger in the countryside but was largely an urban phenomenon. In other words, the interest in and acceptance of Christianity among the urban elite of China today isn’t new.

Urban dwellers tend to be more educated, and Stark and Wang show that, contrary to popular belief and social theories of religion, the educated are more likely to become Christians (76). For those seeking to serve the cause of the gospel in China (or among the Chinese diaspora), reaching the educated urbanites remains an important missionary strategy.

5. Anti-Western and anti-Christian sentiments and campaigns are nothing new.

This past year in China has seen a resurgence of anti-Western (and in some cases anti-Christian) campaigns in China as the Chinese Communist Party tries to regain ideological control over society. While it’s tempting to view these types of campaigns as a “communist plot,” A Star in the East reminds us that they aren’t unique to Communist rule. When the Nationalists came to power in 1928, they led a campaign to rid textbooks of Western content and introduce Confucianism into the curriculum.

This is important to keep in mind when we read reports about Western textbooks removed from schools, or a ban on the celebration of Western holidays, or the promotion of traditional Chinese values. In a civilization that’s been around for 3,000 years, there’s always a sense of “been there, done that.”

In American evangelical circles, we’re not always accustomed to analysis of religion and religious movements from a sociological perspective, an approach Stark and Wang take in this book. One thing they notice is the role of social networks in both conversion and the spread of religion: “Faiths spread through social networks and conversion is the result of coming to agree with others to whom one is attached via family or friendship” (104).

They analyze data from a field survey designed to trace both a respondent’s initial contact with Christians as well as his or her network ties. When asked how they first heard about Christianity, “Not a single one reported they had done so through the media or reading the Bible. Nor were preachers of much impact. Instead 90 percent had their initial contact with Christianity through interpersonal ties; through acquaintances, family members, or neighbors” (105).

Again, the implications for those seeking to reach Chinese (whether in China or in other countries) are clear. Evangelism is most effective within the context of personal relationships. Ministries based on friendship and hospitality have the potential to bear much fruit.

For anyone interested in the story of what God has been up to in China, A Star in the East is a must-read.