This year gave birth to a renewed interest in the difficulties facing rural American towns. The rhetoric of political populism has tapped into their economic and cultural frustrations while the way of life that has sustained them for decades continually erodes from view. Books like J. D. Vance’s Hillbilly Elegy profile these residents’ struggles, illumining their fears, frustrations, and hardships. The reality facing rural towns is far from the Bible Belt stereotype or the scenes from Mayberry. Many in rural communities numb their frustrations with addictions to heroin or methamphetamines while going through multiple marriages.

Donnie Griggs grew up in a small town on North Carolina’s Outer Banks. He knows the issues plaguing small towns, especially the large number of residents rejecting the gospel and unconnected to a church. In his new book, Small Town Jesus: Taking the Gospel Mission Seriously in Seemingly Unimportant Places, Griggs writes about his return to his hometown to plant a church and the need for others to do the same.

Why Small Towns Need Jesus Too

Griggs devotes the first half of Small Town Jesus to showing why small towns still matter. He notes the increased emphasis on church planting and ministry in cities over the last decade. While necessary, in doing so we have minimized strategically sending people to small towns. We’ve adopted a “trickle-down” theory of ministry, believing that changing cities through the gospel will inevitably flow downstream into small towns (28). But this trickle-down doesn’t happen, Griggs argues, and we must think strategically about small towns instead of seeing ministry in them merely as a byproduct of what happens in larger cities.

Griggs builds his case by pointing to the ministry of Jesus (31–55). In the Gospels, people frequently refer to him as “Jesus of Nazareth,” identifying him with the town of less than a thousand in which he grew up. In addition, he shows that while Jesus did ministry in the cities in Israel, he also went and proclaimed the gospel of the kingdom in small villages as well. Finally, when Jesus deployed his disciples two by two, he sent many of them to small towns to carry out their ministries (Mark 6:7). Griggs highlights this example not to argue that small town ministry should have priority over ministry in cities, but that small town ministry should be prioritized too (54–55).

Small towns in the United States are a major mission field. Thirty-three million people live in small towns in rural areas and another 23 million live in small towns considered “urban fringe.” As Griggs persuasively argues, these people need strong churches in their towns so that they can receive gospel witness and discipleship. We understand big cities need more churches, but doesn’t every town need at least one gospel-centered church intent on affecting the community with the good news? Anticipating objections regarding the many churches already in small towns, Griggs reminds us of Don Carson’s wise words: “One generation believes the gospel, the next generation assumes the gospel, but the next generation denies the gospel.”

Unfortunately, many American churches abandoned cities half a century ago in favor of comfortable small towns and suburbs. Our cities thus revealed the effects of losing a vibrant gospel witness, so we needed to recover the importance of reaching the countless image-bearers who call our cities home. Through a combination of this emphasis along with the desire of many pastors to build a platform, we started ignoring the small towns dotting the American landscape. 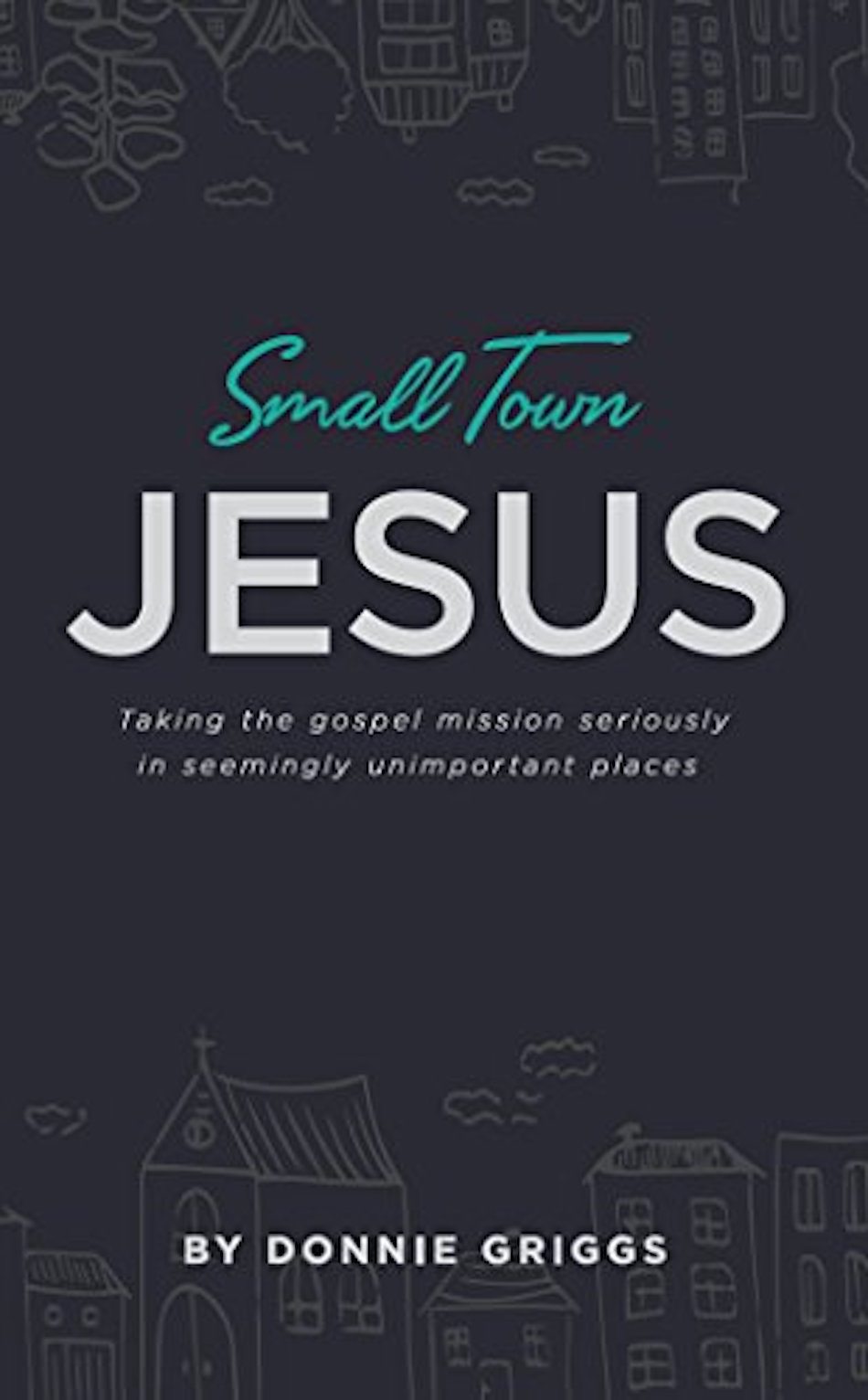 The brokenness and lostness in small American towns is a reality we must begin to understand and address. Generations of families in small towns have lived untouched by the ministry and witness of local churches. Even more families see their teenagers abandon the church in their later high school, years never to return. This process leads to more generations of families living entirely untouched by the church.

How to Reach Small Towns

After making his case for small town ministry, Griggs offers advice for how to do ministry in small towns. Entering a small town and imposing a ministry model copied from a church in a city or large suburban area can be fatal (107–09). Instead, pastors must labor to know the specific towns in which they minister. This kind of contextualization can’t be accomplished through books and demographic statistics, but by putting boots on the ground and conversations with people.

Pastors in small towns must be good locals and get to know people. Since relationships still fuel the life of small towns, being visible in businesses and local activities is a vital undertaking. Griggs also advocates for pastors frequenting local businesses and restaurants. Instead of quickly moving in and out or sticking headphones in his ears so as to appear unavailable, a pastor should spend lots of time in small talk with residents. This is how he learns his people and their stories, and comes to better understand the town’s brokenness.

Pastors seeking to build gospel-centered ministries in small towns will benefit especially from this book’s practical section. People in small towns tend to reject having big city models of ministry imposed on them. This backlash becomes even more evident when the pastor disengages from the people around him and seeks to do ministry in a purely attractional manner. Small towns are still driven by relationships, and the pastor who understands this fact has the potential for building a ministry that will touch many with the gospel and grow them into mature disciples. It should go without saying, but when a small town pastor demonstrates care for his neighbors, they’re far more likely to listen to his message.

The major thrust of Small Town Jesus is for more men to plant more churches in small towns. This is a good emphasis, but church revitalization needs to be emphasized as well. If we can focus on ministry in cities and small towns at the same time, surely we can focus on church planting and revitalization at the same time. Many churches have already established ministries in a town, but need to see new life brought to their congregations. How can those churches who’ve seen their future leave after high school graduation, never to return, engage their communities with a small and mostly older congregation? How can Christians engage families in their community who’ve been untouched by the church for several generations? Answering these kinds of questions could have rounded out this work and made it useful to an even greater number of pastors.

Scott Slayton is a teacher and writer. He and his wife, Beth, have four children and live in Monroeville, Alabama. He blogs at One Degree to Another. You can follow him on Twitter.