There are two dangers that books addressing the issues of conversion and assurance must avoid. On one hand, there is the danger of introspection: an over-emphasis on our inner experience that neglects (or at least fails to give proper weight to) the great objective realities of atonement, resurrection, and justification. But there is also the danger of presumption. This can happen even when an author holds orthodox views of the objective realities of the gospel, if he or she fails to clarify and apply the biblical criteria for assurance to the hearts of the readers.

Even some of the best books in the history of the church lean toward one ditch or the other. Jonathan Edwards’s Religious Affections (a book that I love!) is sometimes overly introspective. Yes, Edwards’s analysis of what distinguishes true Christian affections is profound. His application is probing. But even the best of Christians can feel shaken in their assurance when reading Edwards. On the other hand, some of Martin Luther’s statements border on dangerous presumption. Of course, Luther’s exuberant faith in the finished work of Christ is exhilarating, even intoxicating. But it does seem a bit much for him to tell Melanchthon, “Be a sinner and sin boldly” (Letter No. 99)—especially when the apostle John said, “These things I write unto you that you sin not” (1 John 2:1)!

Well, in reading through Mike McKinley’s Am I Really a Christian?, I initially thought it leaned a little too far on the introspective side. The chapter titles themselves could give this impression. “You are Not a Christian,” declare the first seven chapters, “Just Because You Say that You Are,” “If You Haven’t Been Born Again,” “Just Because You Like Jesus,” “If You Enjoy Sin,” “If You Do Not Endure to the End,” “If You Don’t Love Other People,” or “If You Love Your Stuff.” The second chapter, in particular, sets out McKinley’s bottom-line criterion for answering the question “what does it mean to be a true Christian” with the doctrine of new birth. This becomes the rubric with which the majority of the book develops. “A Christian is someone who has received the new birth as a free gift from God” (p. 30). The main body of the work then focuses on five evidences of new birth—“Five Things All Christians Have”:

McKinley develops these evidences in the following chapters, clearly rooting his statements in Scripture and lacing his comments with fresh illustrations and wise, pastoral application.

Focusing on the doctrine and evidences of new birth is, of course, very biblical. Just read 1 John. There is certainly nothing heretical in McKinley’s statements. But a singular focus on regeneration can be lop-sided, unbalanced. I recall Martyn Lloyd-Jones writing somewhere that later in life he realized that he had, early on, overemphasized the doctrine of regeneration to the neglect of the doctrine of justification by faith, and that this emphasis had an unhealthy effect on people. We need not only the Johannine emphasis on new birth but also the Pauline emphasis on justification. These are complementary to one another, not contradictory, and our preaching, teaching, and writing should reflect this canonical balance. And so I wondered, in the first seven chapters of the book, if McKinley was leaning too much in the direction of introspection (though I should acknowledge that there are several pages on the “Objective Content” of the gospel in chapter two).

But when I got to chapter eight (“Can I Really Ever Know If I Am a Christian?”), my misgivings disappeared. McKinley acknowledges the tension many readers will feel. It is difficult to map onto our own lives the black-and-white biblical principles asserted thus far in the book. McKinley even sketches out half a dozen case studies to show just how hard it is. “Given that we all fail to meet these standards, how could anyone claim to be a genuine follower of Christ?” he asks. “And how can anyone have assurance” (123). And then he masterfully unpacks the basis of our assurance in Jesus himself: what he was like, what he has done, and what he has promised. Convicted by the heart-searching application of the preceding chapters, the desperate reader is now directed away from self to Christ: his merciful character, his finished work, and his magnificent promises. “Do you struggle with doubting yourself?” the author asks. “Then stop thinking about yourself this very second, turn the eyes of your heart toward him, and trust him. Do it right now!” (128) Yes! Mild critique gives way to warm praise. 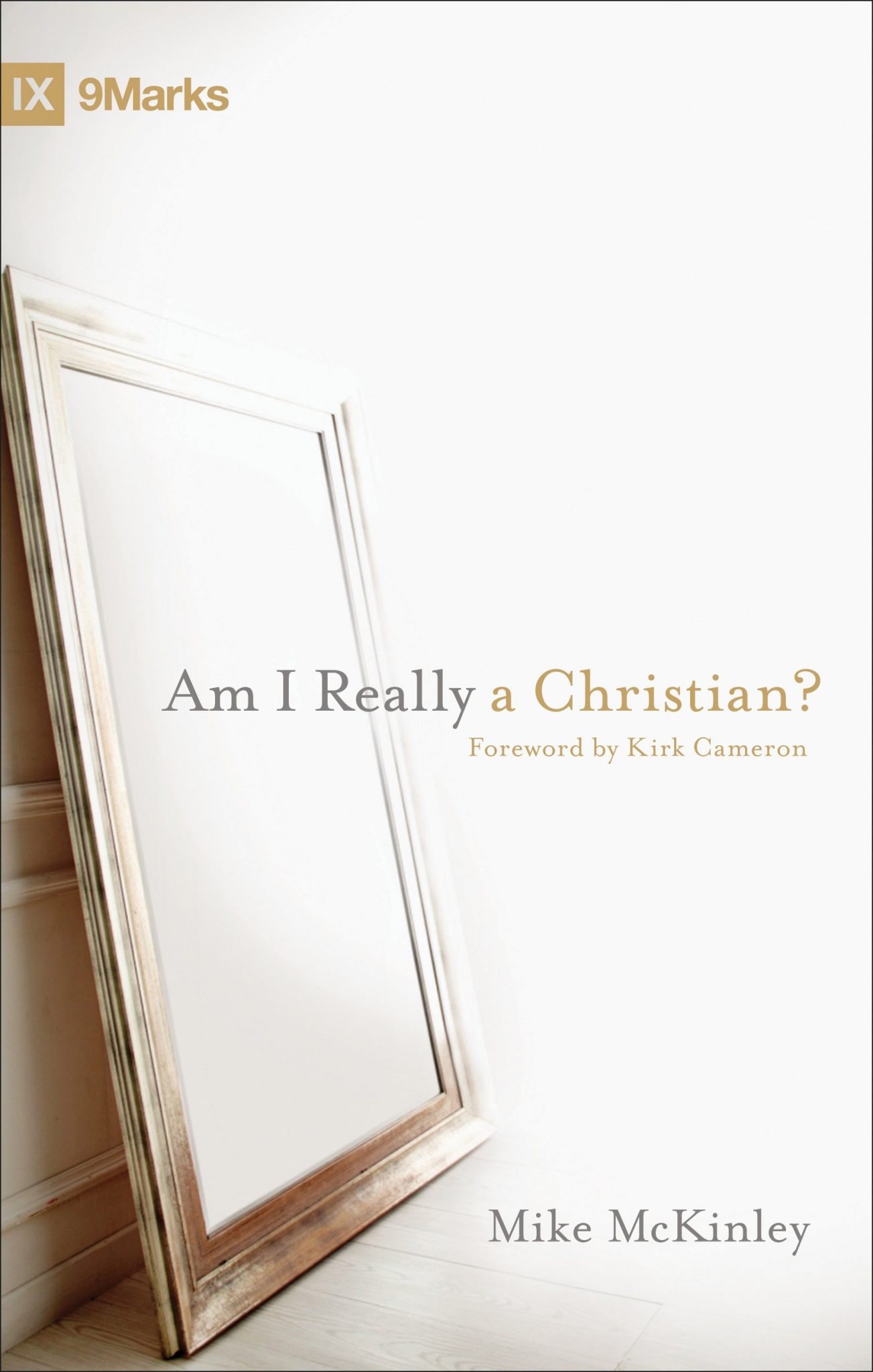 Am I Really a Christian?

Am I Really a Christian?

You may think you are, but you may not be. After all, Jesus himself said that some people will do seemingly “Christian” things in his name but will not truly know him. Or maybe you know you are not a Christian and you wonder what it really means to be one. To be sure, however, there is clarity from God’s perspective. He is not confused about who does and does not know him. And though our self-awareness is certainly limited, we have been given biblical criteria to help us evaluate whether we are indeed followers of Christ. Mike McKinley shows us the importance of examining our standing with God and helps us to fearlessly ask the hard questions, ultimately allowing us to see whether we are in the faith and what exactly that entails.

Another counterbalance to the introspection in the early chapters is McKinley’s healthy emphasis on the role of the church in helping people discern whether or not they are genuine Christians. The seeds of this appear in some of the early chapters (see, for example, pages 14 and 72), but they come to full bloom in chapter nine. McKinley demonstrates how vigorous ecclesiology also helps steer us away from an overly individualistic, introspective, experienced-centered approach to assurance. This focus on the local church is not surprising in a 9Marks book written by a pastor, but very welcome on this particular topic. In fact, when compared with other recent treatments of conversion and assurance, this might be the unique contribution of the book.

So, taken as a whole, McKinley does a fine job of steering clear of both too much introspection and careless presumption. Written at a popular level, this is a balanced and biblical book that will prompt self-examination in all readers. With the Spirit’s blessing, Am I Really a Christian? will help nominal Christians take a deep and honest look at their lives and also point struggling, doubting believers to the finished and sufficient work of the crucified and risen Christ.

Brian G. Hedges serves as lead pastor of Redeemer Church in Niles, Michigan. He’s the author of several books, including Christ Formed in You, Active Spirituality, and Watchfulness: Recovering a Lost Spiritual Discipline. You can follow him on Twitter.