In What Is a Girl Worth?: My Story of Breaking the Silence and Exposing the Truth about Larry Nassar and USA Gymnastics, Rachael Denhollander exposes the truth about the man who sexually abused her, Larry Nassar, and the institution that covered it up, USA Gymnastics.

While it takes courage, strength, and vulnerability for a survivor to tell their story of sexual assault, it takes even more to report that crime and sin to the legal authorities and the church. Denhollander’s story reveals why so many sexual assault survivors don’t report the crime and sin perpetrated against them. This book also testifies to trauma, tells the truth about perpetrators, and warns institutions.

Given the horrific nature of sexual assault and the shame it brings to survivors, it’s not shocking that it’s one of the most under-reported crimes. The fear of intrusive and re-victimizing court procedures prevents many survivors from reporting their assaults. According to the FBI, sexual assault is “one of the most under-reported crimes due primarily to fear and/or embarrassment on the part of the victim.”

All of this is compounded by a victim-blaming culture in which survivors are often said to have “allowed” their assault (by not resisting strongly enough) or have “asked” for it (by dressing too provocatively, going out alone too late at night, or drinking). The victim-blaming impulse shows up frequently when a story of sexual assault appears in the news or is disclosed in a church. 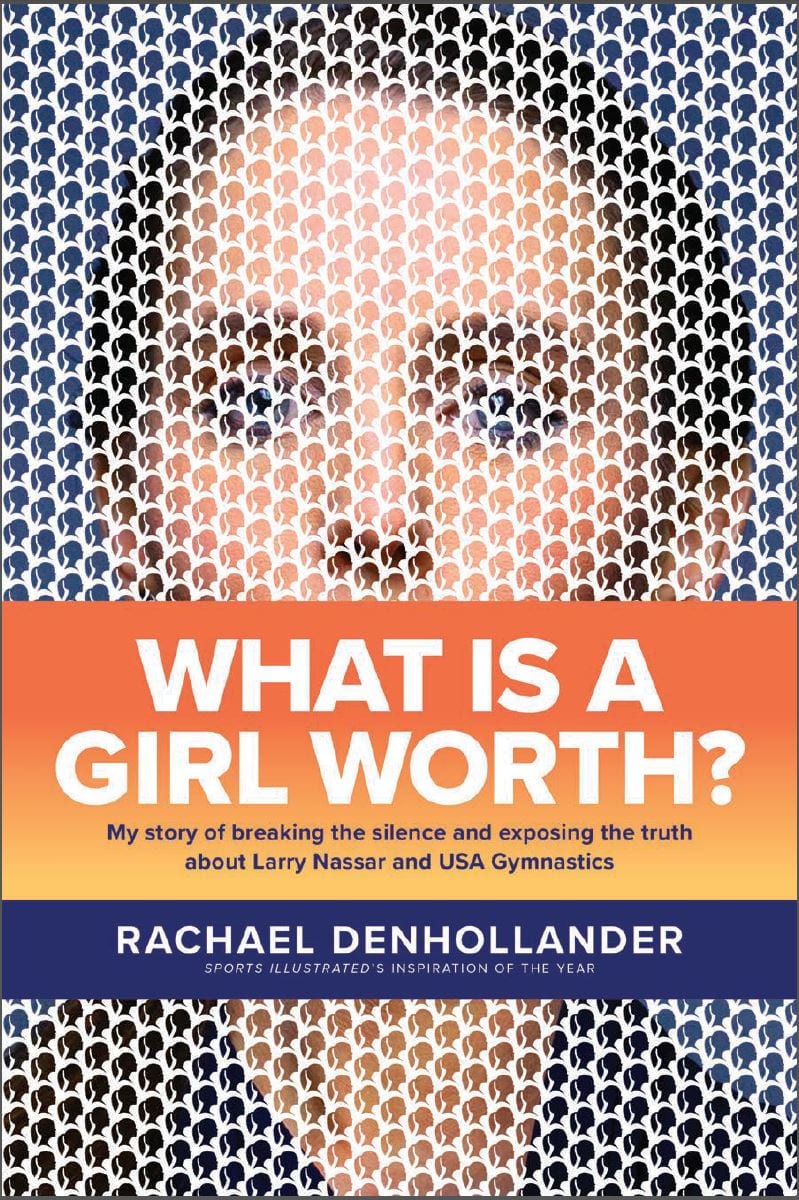 What Is a Girl Worth?: My Story of Breaking the Silence and Exposing the Truth about Larry Nassar and USA Gymnastics

What Is a Girl Worth?: My Story of Breaking the Silence and Exposing the Truth about Larry Nassar and USA Gymnastics

What Is a Girl Worth? is the inspiring true story of Rachael Denhollander’s journey from an idealistic young gymnast to a strong and determined woman who found the courage to raise her voice against evil, even when she thought the world might not listen. This deeply personal and compelling narrative shines a spotlight on the physical and emotional impact of abuse, why so many survivors are reluctant to speak out, what it means to be believed, the extraordinary power of faith and forgiveness, and how we can learn to do what’s right in the moments that matter most.

Denhollander tells about the victim-blaming she experienced directly and sometimes more subtly. She was asked: “Why did you wait so long to tell anyone” or “How did you let that happen to you?” or “Couldn’t you have done something to avoid it?” Social psychology research demonstrates that our culture holds prejudices and negative views of survivors. Thus, survivors suffer from the trauma of the assault itself as well as the effects of negative stereotypes.

Blaming victims for post-traumatic symptoms isn’t only erroneous, it also contributes to the vicious cycle of traumatization. Research has proven that victims who are believed and listened to adjust better than those who are not. Victims who experience negative social reactions have poorer adjustment.

Many survivors know how unlikely it is that their quest for justice will succeed if they do report sexual assault. The statistics from the Department of Justice are staggering. Only 4.6 percent of reports lead to an arrest, and less than 1 percent of cases are referred to prosecutors. Only 0.5 percent of reported sexual assaults will lead to a felony conviction or incarceration. Perpetrators of sexual violence are less likely than other criminals to go to jail or prison. Even if a perpetrator serves jail time, they frequently serve ridiculously short sentences.

Therefore, survivors receive little incentive to report from the criminal justice system and many reasons not to. For many survivors, corruption, laziness, or lack of investigative ability makes reporting not worth the trauma.

An important part of Denhollander’s story is the trauma she suffered. It’s difficult to read about the heart-wrenching evil that Nassar and others perpetrated against her. Seeing darkness that up-close will affect most readers. It should. I recommend that survivors be attentive to their own emotions, healing, and trauma if they consider reading the book.

The only thing more staggering than the number of occurrences of sexual assault is the acute damage done to the survivor. The effects are physical, social, emotional, psychological, and spiritual. Abuse survivors experience the second-highest prevalence rate for post-traumatic stress disorder (PTSD)—only exceeded by survivors of war. The best word to describe abuse is “traumatic.” “Trauma” is a state of being negatively overwhelmed. It’s the experience of terror, of loss of control, of helplessness during a stressful event.

Denhollander describes the way Nassar manipulated young girls under his medical care to take advantage of them. These girls and families trusted him. He reinforced their trust so that when he violated it, he’d still be given the benefit of the doubt by others.

Denhollander tells how USA Gymnastics protected Nassar and covered up the abuse done to her and many other girls. It was a systematic suppression of anything that might threaten to derail the institution from its goals. And this was done at the expense of young girls’ lives, bodies, minds, and souls.

Regardless of the institution—USA Gymnastics, churches, schools, businesses, families—too many rally around the accused, minimize the offense or cover it up completely, blame the victims, avoid transparency, mock justice, and cause survivors to feel that their only option is to suffer alone in silence and shame because nobody will believe them.

For churches, consider what Dietrich Bonhoeffer writes: “Silence in the face of evil is itself evil: God will not hold us guiltless. Not to speak is to speak. Not to act is to act.” Churches must be proactive in keeping children safe. They need to be communities of hope, healing, and good news to those who have suffered sexual assault. Failure to do so will result in additional cases of abuse and in lifetimes of agonizing physical, emotional, and spiritual damage.

God calls his people to be agents of good news and tell people that Jesus responds to their pain and past. We get to remind survivors that their story doesn’t end with the assault; that their life was intended for more than shame, guilt, despair, pain, and denial; that the assault doesn’t define them or have the last word on their identity.

Not the Final Word

Sexual assault is part of Denhollander’s story, and it’s an important part of her story, but she is clear that it doesn’t define her.

Evil and abuse aren’t capable of creating or ultimately defining reality. That is only God’s prerogative. However, evil and violence can pervert, distort, and destroy. They’re parasitic on the original good of God’s creation. In this way evil serves as the backdrop on the stage where God’s redemption shines with even greater brilliance and pronounced drama. What evil uses to destroy, God uses to expose, excise, and then heal.

Both What Is a Girl Worth? and How Much Is a Little Girl Worth?—the children’s book Denhollander also wrote—offer hope, healing, and worth as our individual stories are brought into God’s larger story of dignity, healing, wholeness, redemption, and shalom. God redeems what has been destroyed. Denhollander captures this message well in How Much Is a Little Girl Worth?: “No one has the power to change what God’s done, / And he says you’re worth everything, even his Son. / Worth all the pain, worth great sacrifice, / Worth leaving heaven, worth giving his life.”

Justin Holcomb is an Episcopal priest and a theology professor at Reformed Theological Seminary and Gordon-Conwell Theological Seminary. He is author with his wife, Lindsey, of God Made All of Me, Is It My Fault?, and Rid of My Disgrace: Hope and Healing for Victims of Sexual Assault. Justin also has written or edited numerous other books on historical theology and biblical studies. You can find him on Facebook, Twitter, and at JustinHolcomb.com.