Discussing issues of technology and faith—how Facebook shapes our marriages, how Instagram and Snapchat influence youth, what that theologian said on Twitter—can be fun. Laying out a clear, systematic, theologically and theoretically grounded approach to technology that has practical value is much harder.

Before getting into specifics, it’s important to understand where this book fits among the various ways others have approached the subject. Some readers are likely to have had exposure to communication theory in a field called “media ecology”—popularized by Marshall McLuhan and his students Walter Ong and Neil Postman, who became cultural critics—that points out ways media influences society and culture. Another approach is “philosophy of technology” in which thinkers like Martin Heidegger, Albert Borgmann, Andrew Feenberg, and perhaps Jaques Ellul ask more fundamental questions like what it means to be human in a technological age. Then there are Christian authors who typically fall into one of two categories: those offering advice on how to use technology for more effective ministry, and those addressing the new moral issues presented by technological change (e.g., internet porn and distracted parents glued to their phones at family dinner).

Unlike those approaches, Campbell and Garner draw from an academic field that generally receives less attention in popular writing on technology—sociology. Yet this isn’t cite-a-study-that-proves-your-point writing, but rather a deep dive into subdisciplines like internet, religion, and media studies from an explicitly Christian worldview. Campbell herself has been a pioneer in the study of digital religion, and Networked Theology brings together insight from several of her previous works—most notably her book When Religion Meets New Media and her article “Understanding the Relationship Between Religious Practice Online and Offline in a Networked Society.” (To give a sense of how significant these are, at an academic conference on media and religion I recently attended, I can’t recall hearing a single paper that didn’t reference Campbell’s work.) To this, Garner adds rich theological reflection and an international reach that helps Networked Theology avoid trotting out familiar American technology stories.

Why This Approach Matters

Why have I spent so much time setting up the book’s approach? Part of the reason is to clarify that what Garner and Campbell offer isn’t so much a guide for how to answer specific technological questions or what to do in specific situations, but a model of how to read technological shifts and reflect theologically without being reactionary.

For example, imagine you’ve noticed that younger, more technically savvy people are less likely to accept the views of those in traditional positions of authority. One way of responding is to loudly denounce them as “those postmoderns.” Instead, Campbell and Garner give us the image of a network, which “stresses that within digital culture our relationships with information and others have changed from static, controlled structures to dynamic, adaptive connections. (3)

In other words, as people incorporate computers, phones, and other networked devices into their lives, society itself has begun to mirror the web of connections between those machines. 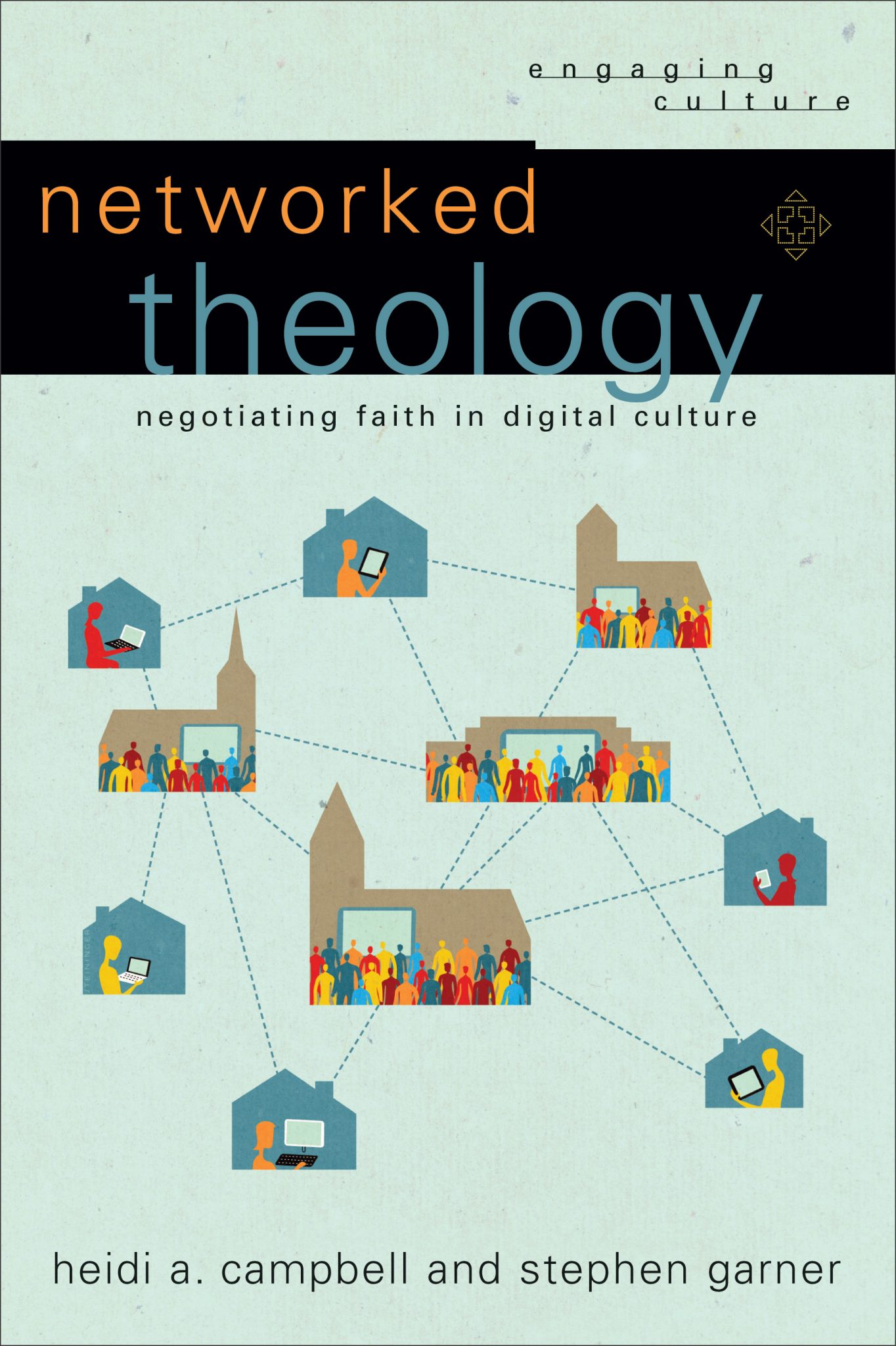 Campbell and Garner then build on the concept of the network and show that “networked religion” has five main characteristics: networked communities, storied identities, convergent practices, shifting authority, and multisite reality.

Note the fourth one—shifting authority. In this section, they go on to offer a more nuanced understanding of this concept: “The Internet is a place where negotiations are occurring over who and what constitutes legitimate religious leader and gatekeeper of knowledge” (74).

Campbell and Garner aren’t necessarily saying this is a good or bad thing, and they go on to point out that “while the Internet challenges offline religious authorities, it can also provide opportunities for maintaining or establishing influence” (74). This helps explains why previous unknowns like Tim Challies or Rachel Held Evans can gain online influence, while figures who gained influence in earlier media like Albert Mohler (magazines and radio) can maintain and extend their audience online.

While much of Networked Theology is academic in tone and geared toward offering tools for better understanding what’s happening with modern media, it closes with some excellent reflections on “a vision of technology . . . unashamedly Christian and Christ-following in its ethos and how it is lived out in the world” (120).

As guideposts, Campbell and Garner offer Micah’s threefold call “to act justly and to love mercy and to walk humbly with your God” (Mic. 6:8). Practically, doing justice with technology could mean Christians looking for areas of injustice such as the digital divide they can mend (129); or when using social media to connect with youth, not neglecting older people who don’t feel comfortable and might be left out (131). In an age of speedy transactions and angry tweets, the idea of walking humbly might mean not relying on technology or the church for quick fixes (140), but on Christ himself for the true but often slow process of transformation and sanctification.

In the end, Cambell and Garner offer a fine example of how to remain grounded in the gospel of Jesus Christ while also taking a careful, systematic look at how people and cultures use, appropriate, and navigate technology.

John Dyer is the director of web development for Dallas Theological Seminary and the author of From the Garden to the City: The Redeeming and Corrupting Power of Technology (Kregel, 2011).