In summer 1935, planning and construction had begun in earnest for the 1936 Olympiad, to be held in Berlin. These games would later be called “Hitler’s Olympics,” and they were indeed a propaganda opportunity for the Nazi leader. Hitler’s associates viewed the games as a chance to prove the superiority of the regime, and along with it, the Aryan race.

The next year, the world would watch a sprinter named Louis Zamperini compete on the track (Zamperini would later become a war hero and have his story told in the bestseller Unbroken). More poignantly, an athlete named Jesse Owens—a black man from Cleveland, Ohio, grandson of a slave—would win four gold medals as Adolf Hitler and his white-supremacist allies looked on.

In the north, far away from the noise of the Olympics and the ideological battle being waged, a different war was being fought. Twenty-five young men lived in community from 1935 to 1937 on the shore of the Baltic Sea under their director and teacher, Dietrich Bonhoeffer. Bonhoeffer believed that the root of victory over the Nazi regime would be a spiritual one, so he fought on those front lines—equipping young men for ministry in an underground movement known as the Confessing Church (CC). Bonhoeffer’s seminary operated in safety from the Gestapo for two years until it was shut down in fall 1937.

During this time, the men studied the Word of God, the fundamentals of prayer, and the confessions. Living each day together, they had an opportunity to work out a theology of Christian community, something that Bonhoeffer captured in a short book titled Gemeinsames Leben. It would later be translated into English and published under the title Life Together. 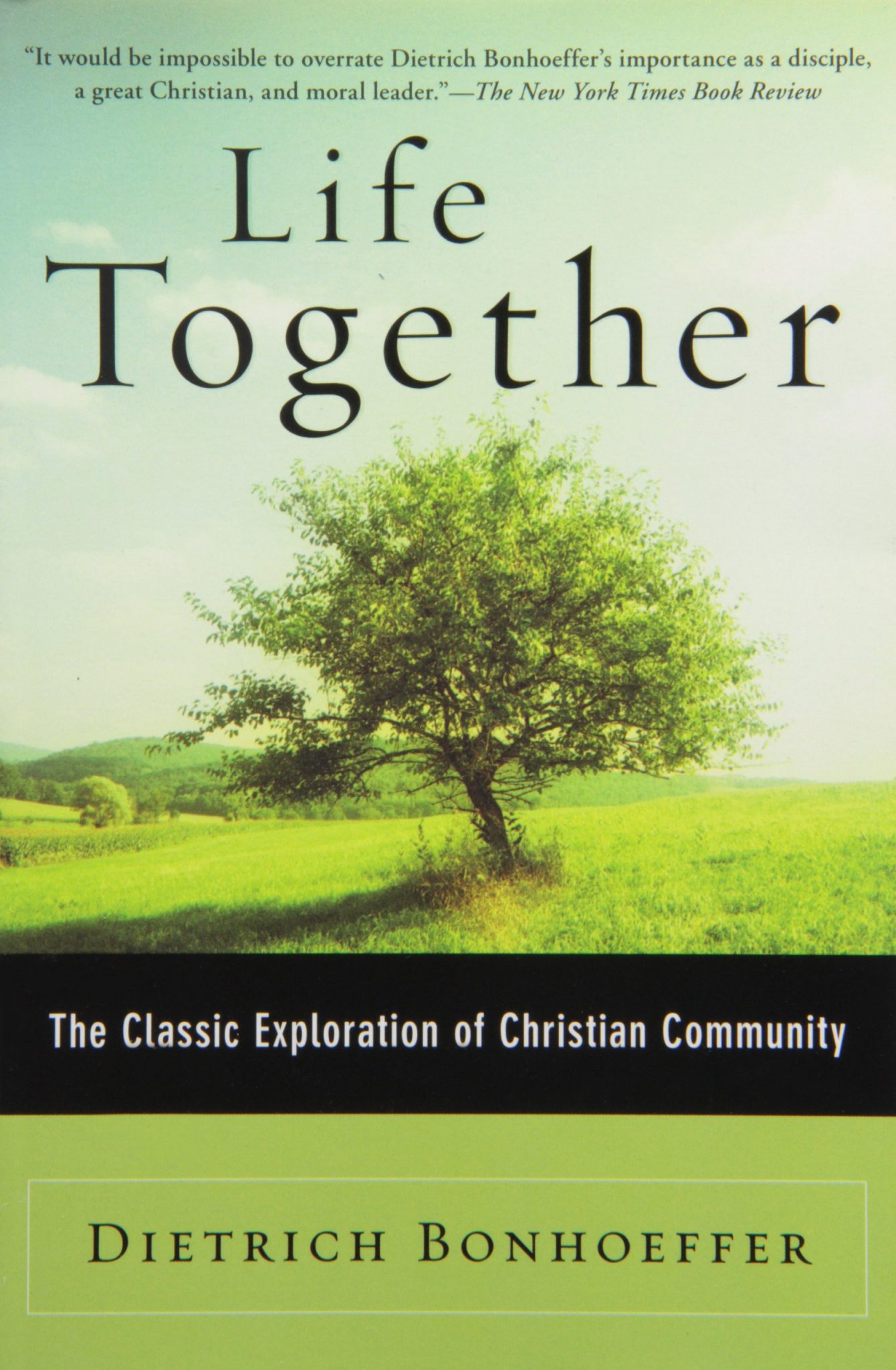 Life Together: The Classic Exploration of Christian in Community

Life Together: The Classic Exploration of Christian in Community

In Life Together, Dietrich Bonhoeffer,—renowned Christian minister, professor, and author of The Cost of Discipleship—recounts his unique fellowship in an underground seminary during the Nazi years in Germany. Giving practical advice on how life together in Christ can be sustained in families and groups, Life Together is bread for all who are hungry for the real life of Christian fellowship.

Today’s church culture in America is fractured at best. We’re offered any number of TV and online options at churches around the world. These resources are helpful when we’re hindered from regular fellowship by sickness, family demands, or other occasional complications. But often they can become a crutch for forsaking regular face-to-face contact with our church family.

Life Together reminds us of the sweetness of face-to-face fellowship in the church.

In these days of thin community behind the screen of a computer or phone, Life Together reminds us of the sweetness of face-to-face fellowship in the church. People separated from an embodied fellowship of believers by sickness, geography, or even a harsh political regime don’t take the gift of real Christian community for granted.

What substitute is there for a clasped hand in greeting or an arm around the shoulder in prayer? We may speak God’s Word to one another in encouragement, in rebuke, or in instruction. Those who have this advantage—a nearby body of believers—ought to take advantage of it. As Bonhoeffer wrote:

So between the death of Christ and the Last Day it is only by a gracious anticipation of the last things that Christians are privileged to live in visible fellowship with other Christians. It is by the grace of God that a congregation is permitted to gather visibly in this world . . . . The physical presence of other Christians is a source of incomparable joy and strength to the believer.

Life as an Individual and a Body

Bonhoeffer goes on to teach practical ways we can help the body of believers. This orientation toward the “institution” of the church can be foreign to today’s typical American Christian who has any number of church options, both in person and online, from which to choose. Christians often fall prey to a consumer mindset, shopping for the proper place to take up residence for a season. The word membership is alien to many; they’d rather remain in the category of “regular attender.” When things get uncomfortable, they can simply move on to the next option.

By contrast, Life Together teaches an understanding of the Christian’s role in their church as one of active participant—a committed member in the fullest sense. In day-to-day living, in prayer, and in the ministry of the Word to other members of the community, Christians live out what Christ intended for the church. As Paul teaches us, each church member has a part to play: “If one member suffers, all suffer together; if one member is honored, all rejoice together” (1 Cor. 12:26).

In day-to-day living, in prayer, and in the ministry of the Word to other members of the community, Christians live out what Christ intended for the church.

Not only does Life Together encourage us to pursue active Christian fellowship, it also provides instruction for how to contribute to the health of the fellowship. Addressing subjects such as listening, forgiveness, meekness, helpfulness, and proclaiming the Word to one another, we’re encouraged to build one another up:

As the Nazi regime spread across Europe and exposed the worst inclinations of humanity, Bonhoeffer sought to uphold a standard for living together in Christian community. These ideals indeed flew in the face of Nazism’s view of the world, but they have something to teach us as well. If we’re pursuing life together in the truest sense, we will inconvenience ourselves for the sake of other. We will listen well, and we will serve. And amid all of it, we will be exceedingly grateful for the gathered body we’ve been called to.

Kelly Keller is a homeschooling mom of five, wife to David, and member of Oakhurst Baptist Church in Charlotte, North Carolina. She’s a contributor at Story Warren.